Budhia Singh ran and ran and ran. Getting further and further away from the starting point, he didn’t think to stop and clocked up some serious miles. However, Singh wasn’t a seasoned athlete, a pro racing for medals and glory. No, he was a small, fragile boy, running the equivalent of a marathon.

It was back in the mid-noughties that Singh shot to global fame after running 48 marathons by the age of just four-years-old. It’s difficult to compute, isn’t it? Such a gruelling figure over four years is tough enough, but doing it during the first four years of your life? Astonishing.

If you have ever raced a marathon, you will know the physical excursion needed is gargantuan and your limbs will be in bits for a considerable amount of time thereafter. Then there is the mental element. Running 26 miles takes its toll. The fact a small boy could run such distances so regularly is mind-boggling. Repeating it doesn’t seem to help put it in perspective. Forty-eight marathons, four years old.

You’re probably thinking how this all came about? How did a young child just start running one day? Well, the story behind Singh’s talent for pounding the streets with such ease is actually a sad one. 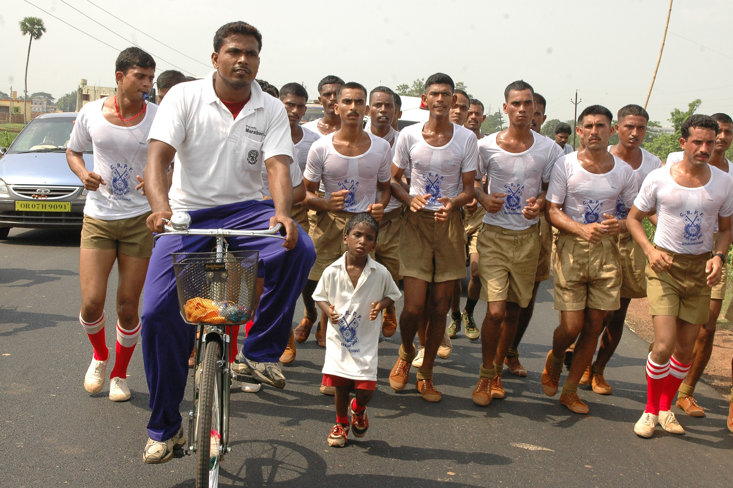 BUDHIA MID-MARATHON AS A FIVE-YEAR-OLD IN 2006

Born in Odisha, Singh’s father passed away when he was two years old and his mother, who worked washing dishes, was unable to provide for Budhia and his three siblings so, as BBC News reported, she sold him to a man for 800 rupees (that’s £8.12 in today’s money).

However, Biranchi Das, a local judo coach, inadvertently triggered Singh’s skills after telling the youngster off for a misdemeanor during training.

"Once, after he had done some mischief, I asked him to keep running till I came back," Das revealed. "I got busy in some work. When I came back after five hours, I was stunned to find him still running."

Das found the man who had taken Singh from his mother and paid him back his 800 rupees. And so the (long, arduous) journey began. Feeding him eggs, meat, soybean and milk, a far cry from the rice he lived on previously, Das set Singh on a new routine.

Every day, Singh would start running at 5am and continue until noon. Then, after lunch and a quick snooze, he was on it again, running from 4pm. Any long-distance runner will tell you of the need for supreme dedication, but for a young boy…? He started running further and setting new personal milestones, adding miles to his tally.

Singh’s achievements did not go unnoticed. He was published in the Limca Book of Records when he was five years old after he ran between Puri and Bhubaneshawar, that’s 65km, in seven hours and two minutes! 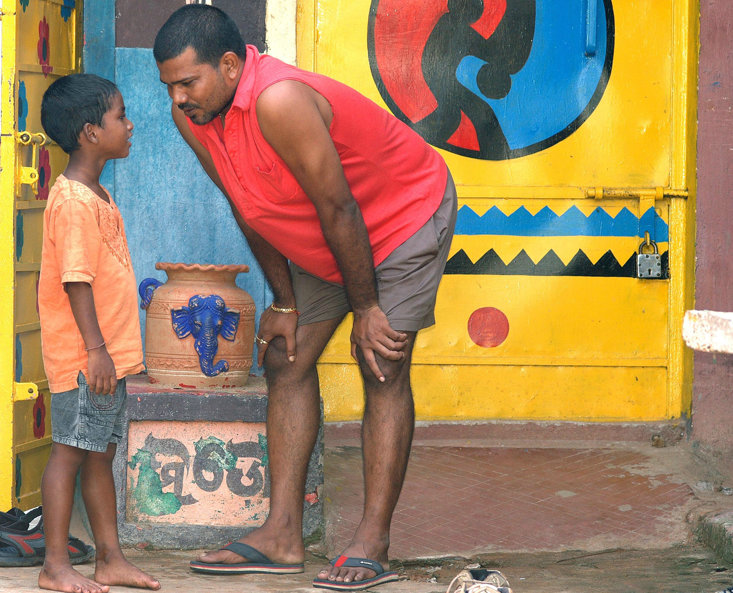 This, too, is a boy of steely determination. Now remember, Singh will not have been kitted out in the newest trainers packed with the latest technology. The streets in India are different to the well-maintained, cordoned off roads used for the London Marathon for example. His task was more difficult than most, in extreme conditions. However, according to the India Times, when an army doctor overseeing the race urged Singh to stop, he didn’t... He just kept on running and running.

It is an extraordinary tale and was turned into a biographical film back in 2016 and won ‘Best Children’s Film’ at the 63rd national awards.

However, as he got older, it seems Singh’s running story hit a dead end and his talent has not been utilised, left abandoned and ignored. As he entered his teen years, training alone now six days a week, Singh had high hopes for a career, “I want to win Olympic gold for India in the marathon at the 2024 Olympics,” he told Reuters.

As recently as 2018, the respected Patrick Sang, coach for Eliud Kipchoge - the man who holds the current world record for the fastest marathon ever ran with a time of 2:01:39 - offered to guide and train Singh, who was now 16. 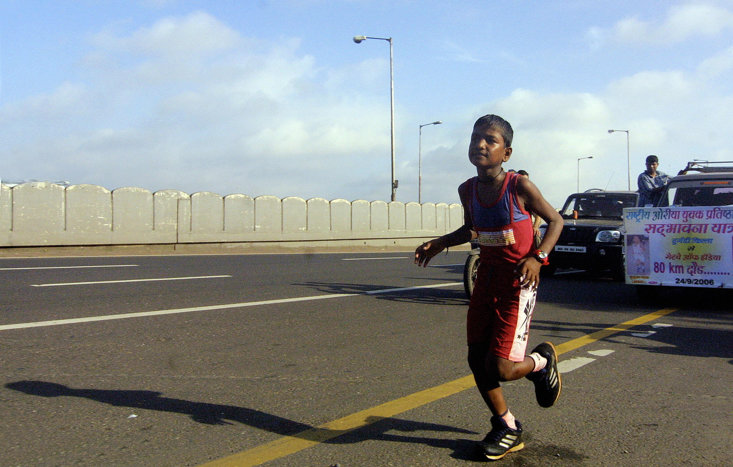 "We could be looking at a potential athlete, depending on when he is put to test to see what distance he can do. Running at that tender age is a sign of potential," Sang told Reuters. "To me ideally it's a case where medical experts should intervene a little bit to assess and see the status of this boy physiologically and psychologically.

"If it's clear clinically and there are no other factors pushing him in that direction to do what he is doing, then we can move towards testing his potential to see what he is capable of. He can be helped if potential is there.”

However, Singh, now 19, has still yet to realise his ambitions. A Twitter page set up in Budhia’s name features images of him all grown-up and still running. It also has links to a fundraising page which aims to help him raise cash to keep his dream alive, yet so far it has raised just 3,465 rupees of his 1.5m target.

But the talent is there, even if the funding isn’t yet. And with Budhia still training six days a week, who would bet against him achieving his ambition of winning gold at the 2024 Olympics? Running is all he has ever known.