Muhammad Ali made a career out of proving people wrong. His artistry in overcoming adversity inside and outside of the ring, along with his sheer fistic ability, is one of the reasons he is considered by many to be ‘the Greatest’.

He was too soft around the edges for the savage Sonny Liston, they said. The human wrecking ball George Foreman would kill him, they cried. In the build-up to his latest showdown he was considered a mere silhouette of the man that lit up the dingiest of boxing arenas. He would prove them wrong once again, of course.

On February 15th 1978, in what Hunter S. Thompson dubbed Ali’s Last Tango in Vegas, the gap-toothed Leon Spinks, a seven-fight novice just two years removed from an Olympic triumph at the Games in Montreal, stunned the world by becoming the first and only man to take a world title away from Ali in the ring and became heavyweight champion of the world in the shortest amount of fights ever. 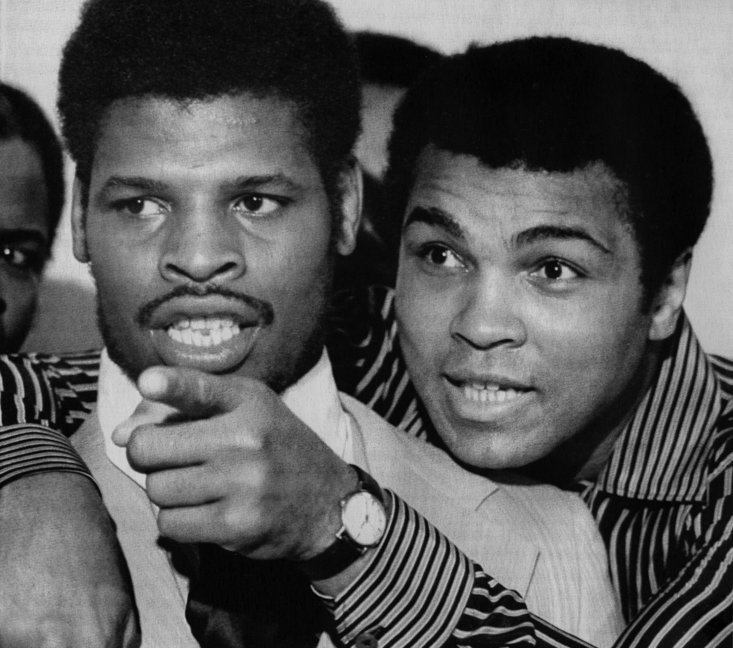 Ali, waning physically, had been looking for an “easy win” after sealing a unanimous decision win over the hard-hitting Earnie Shavers (considered by many as the hardest-hitting of them all) in the October prior - a fight so brutal it made Ali remark afterwards: “Earnie hit me so hard, it shook my kinfolk back in Africa."

10-1 underdog Spinks represented that “easy win,” or so Ali thought. Spinks was, on paper, a very beatable opponent but also one that could generate buzz and revenue. Spinks’ 1976 Olympic heroics went in tandem with another boxer who had claimed gold and was destined for superstardom: Sugar Ray Leonard.

Ali had been defeated before, but this one felt like a definitive conclusion to his glittering career. On his way to a split decision defeat, save for a desperate fight back in the fifteenth stanza, Ali looked sluggish, disinterested and a far cry from the ballerina-esque figure who had once bamboozled all who stood before him.

Nonetheless, a rematch was scheduled immediately and would take place in September of the same year at the Louisiana Superdome. A middle finger to the naysayers who thought he was done, Ali approached the return bout with renewed vigour and with his old bombastic energy and cock-sure confidence at an all-time high.

The famous Ali quote goes “I hated every minute of training, but I said, 'Don't quit. Suffer now and live the rest of your life as a champion.” Well, in the build-up to his first fight with Spinks, it seemed Ali had forgotten one of his most famous adages. Morning runs were a thing of the past now, instead the veteran believed that his years of experience and muscle memory would be enough to vanquish his younger foe. It was not a mistake he would make again.

Instead, Ali punished his 36-year-old body to the point of exhaustion as he geared up for the rematch and with a shot at becoming the first man to win the heavyweight title three times on the line, Ali could take a huge leap towards boxing immortality with a victory. He was even glad that Spinks had won the first fight, inadvertently teeing up what could be a Hollywood exit from one of the sweet science’s greatest professors.

“Do you know if I beat him the first time, I wouldn’t of got no credit for it,” said Ali.

“He only had seven fights… the kid was nothing… so I’m glad he won. It’s a perfect scene. You couldn’t write a better movie than this. This is it. Just what I need. Competition. Fighting odds. Can the old champ regain his title for a third time? Think of it. A third time. Do-or-die. And you know what makes me laugh? He’s the same guy. Only difference is he got eight fights now.”

While Ali’s preparations had ratcheted up ten-fold in comparison to the first fight, Spinks’ had unravelled entirely. Suddenly at the centre of the world’s gaze, with clingers and hangers-on at every turn, in the period between the two fights, Spinks had been involved in driving mishaps, a cocaine bust and was soon seen as a laughing stock across the nation. Even Richard Pryor had done a bit lampooning him.

During fight week, ‘Neon Leon’ was often spotted in some of New Orleans’ most sordid bars getting drunk. “I’m surprised he didn’t wind up with a knife in him,” promoter Bob Arum said.

In front of a record-breaking 63,350 fans, including the likes of Sylvester Stallone, Liza Minelli and John Travolta, the fight was a one-sided procession, described by The Observer’s Hugh McIlvanney as “a New Orleans parade without a jazz band.” It wasn’t the Ali that had outfoxed Foreman or clobbered Cleveland Williams, but there were glimpses of the man who had been the prize draw in boxing’s marquee division for nearly two decades.

Buoyed by a chorus of “Ali! Ali! Ali!” from the crowd, the veteran contender found his rhythm almost immediately, bobbing, weaving and demoralising the champion incumbent from the off-set. With exception of the fifth round, where Ali was adjudged to have done too much holding, and the two closing rounds, where the older man began to tire, there was no argument that Spinks had been outworked by his boyhood idol. Referee Lucien Joubert gave ten rounds to Ali and four to Spinks, with one even. 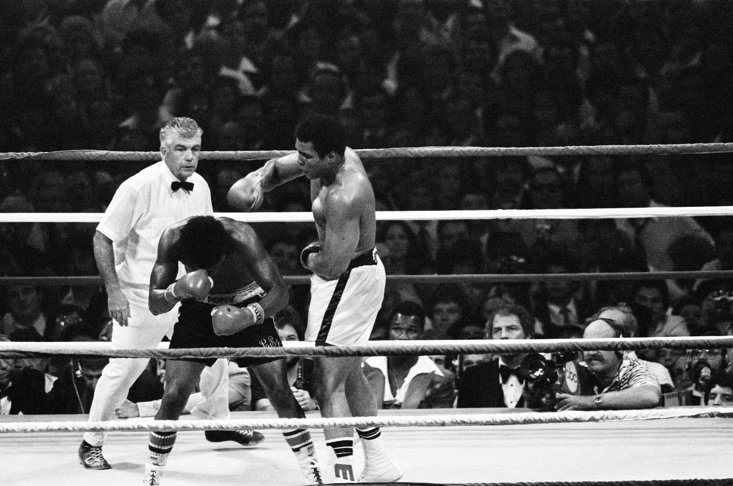 Spinks would go on to fight for many more years, retiring in 1995 with a 26-17-3 professional record. He shared the ring with the likes of Larry Holmes and Dwight Muhammad Qawi, but he would never reach the lofty heights he hit in February 1978 again.

As for Ali, the first man to win the world heavyweight title three times, he sadly never did cash out on that Hollywood exit like he had hoped. He fought another two times, losing in tragic fashion to Holmes and then Trevor Berbick.

“The title is too hard to get,'' he said after Spinks. “I'm not going to give it up without thinking. I'm going to sit down for six or eight months and think about it. Then I'll decide whether to fight again. I would never want to go out a loser. I've always planned to be the first black man to retire undefeated, and to do it now after being champion three times would be something no one could ever equal. I have made suckers out of all of you. I was training three months before you knew it.”

His second showdown with Spinks won’t be remembered as favourably as his two tussles with Liston, his heated trilogy with Joe Frazier or his humbling of ‘Big’ George in Zaire, but it represents a monumental entry in the tapestry of the Louisville Lip.