Rugby
Features
The New Zealand centre has gained praise from his country's PM for his hairstyle
Jack Porter
13:14, 24 Oct 2019

In the plethora of memorable moments and iconic images from this year’s Rugby World Cup in Japan, New Zealand centre Jack Goodhue’s mullet has truly stood out. The All Blacks star has been rocking the retro rat-tail throughout the tournament to the delight of rugby fans worldwide.

The hairstyle, which the man himself claims somehow makes him faster, has even been praised by New Zealand Prime Minister Jacinda Ardern. She took to Instagram in the aftermath of the quarter-final win over Ireland to say:

“And that’s a brilliant win...for the All Blacks, and mullets everywhere. Go the @allblacks! We’re right behind you for the semis.”

So, in tribute to Goodhue and ahead of this weekend’s semi-final between England and New Zealand, The Sportsman takes a look at some of the most iconic hairstyles from the world of sport.

'Snakebite' is a much-beloved and very recognisable presence on the darts circuit, with a painted slithering serpent almost always adorned on the side of his head. Wright revealed that his salon-owning wife Jo is responsible for his eclectic array of hairdos, as she gives her husband a fresh trim for his incredible parrot-like barnet before every big match.

The Sportsman
@TheSportsman
🎨 Peter Wright is at it again! Now showing his support to #ChildrenInNeed
Class Act
#LoveTheDarts 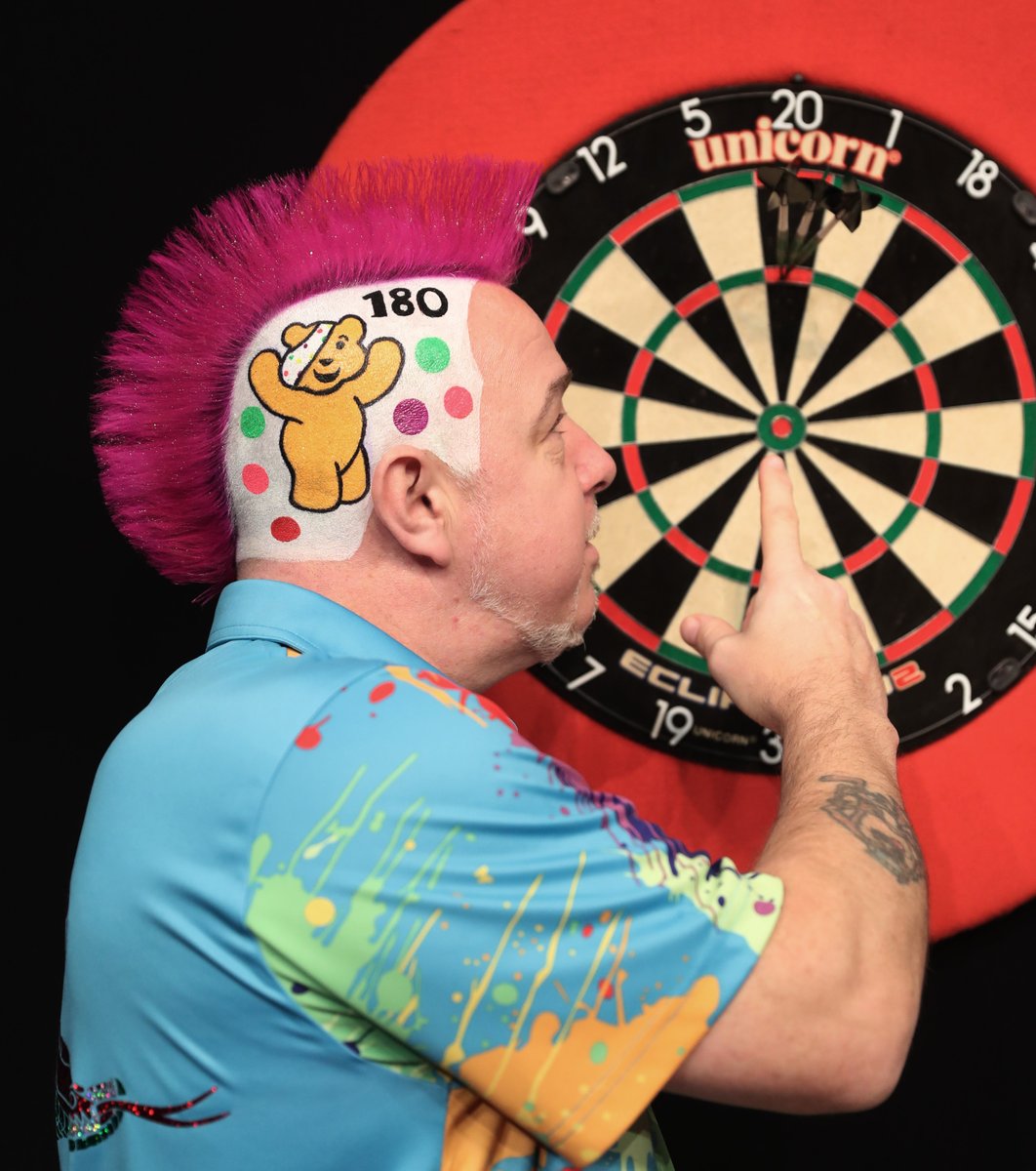 A brilliant description of former power forward and current best mate of Kim Jong-un was provided by GQ, which dubbed him: “The NBA’s rainbow-headed rebound savant [who] was unfairly dismissed as America’s strange, recalcitrant, septum-pierced nephew.” Rodman was a cultural tsunami of a sportstar for so many questionable reasons. Even those unfamiliar with basketball would have found it hard to miss Rodman in the 1990s, septum-pierced, tattooed to the nines in the 1990s, and with the most eye-catching of skulls. 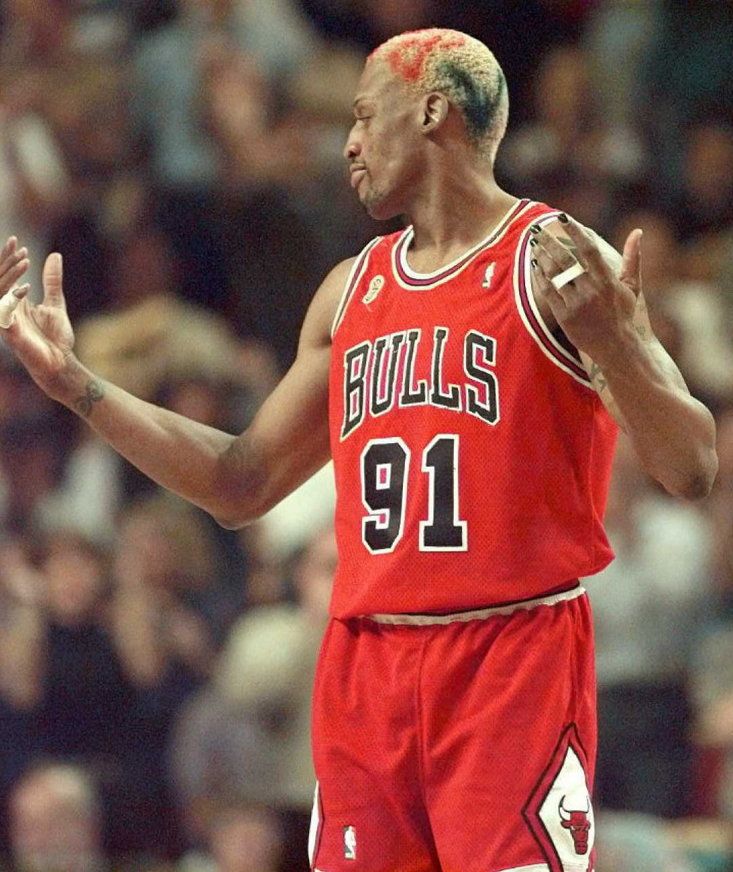 The USA star didn’t need a memorable hairstyle to send out a message. The world’s best female footballer player conquered 2019, defying President Donald Trump and marvelling a legion of adoring fans. She did all of that and more with a glorious blazing pink/purple cut.

A trailblazer in so many ways, even the colour is new and is now being dubbed ‘Rapinkoe’. The quiff is full of the swag and confidence which she exuded on the big stage at the World Cup in France as the USA again reigned supreme. 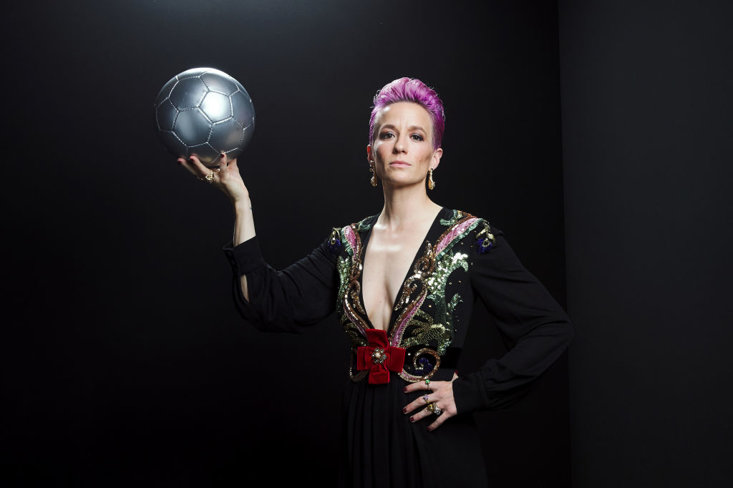 The mullet to end all mullets! The late 1980s saw a new superstar burst onto the tennis scene, the almost Hollywood Andre Agassi.

The American became an icon of the decade with a gravity-defying mullet. Agassi admitted in his autobiography that as his career moved into the next decade he had to wear a wig to keep up his image, sporting it first at the 1990 French Open. There he finished runner-up to Andres Gomez, stating later that it was actually the distraction of the wig that extended his wait for a maiden Grand Slam title.

The Sportsman
@TheSportsman
🎾🎉
- The 5th Winner of the Men's Grand Slam
- Named as the 7th greatest Tennis player of all time
- The first player to attain the "Golden Slam" of winning a grand slam and an Olympic Gold Medal
Happy Birthday, Andre Agassi! 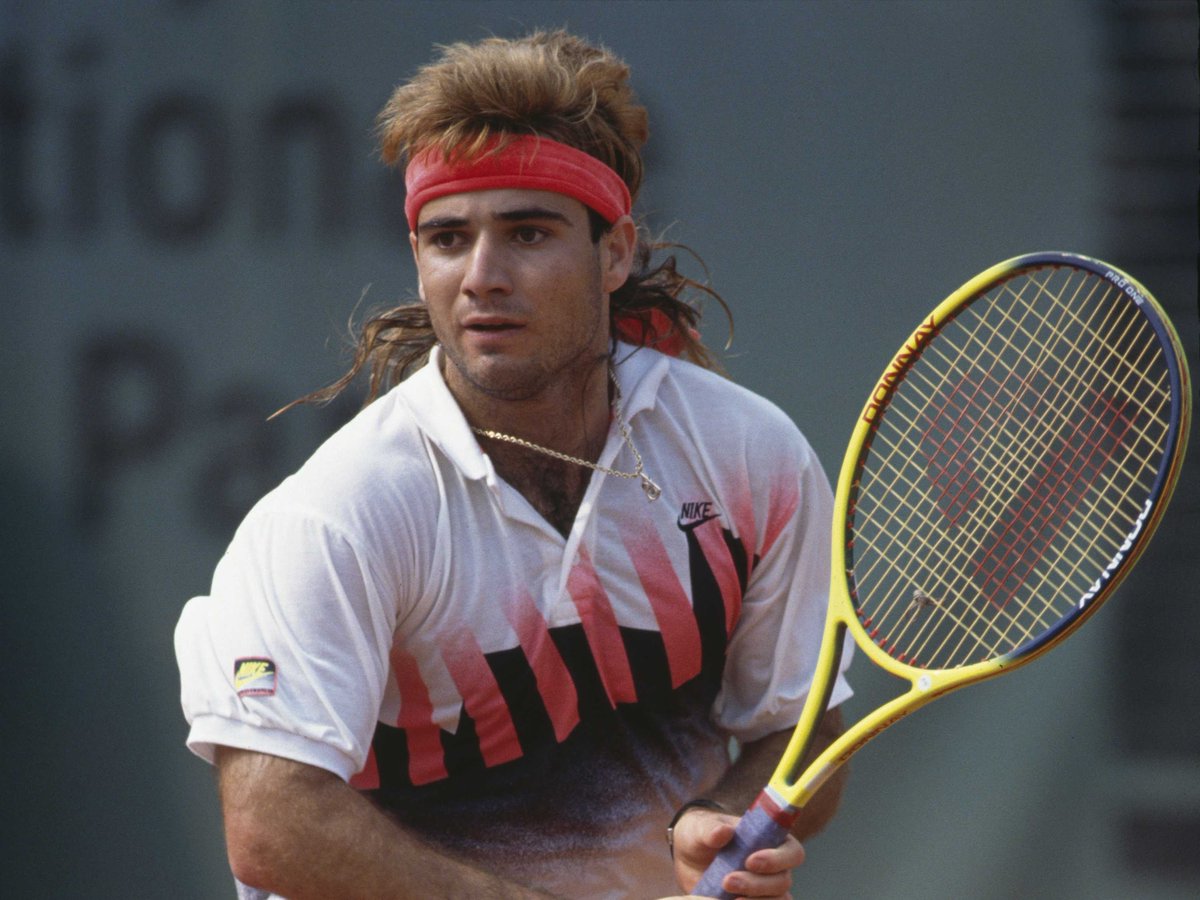 A most sensational beautiful blonde afro made Carlos Valderrama not just a hero in his native Colombia but around the world. His bouncy perm made him an instantly-recognisable centre-piece of many international tournaments. So it was entirely understandable that, earlier this year, the internet almost collapsed in on itself when Valderrama was snapped with his once brilliant barnet straightened. Fancy having nightmares? Check it out for yourself below.

Match of the Day
@BBCMOTD
Before and after the #UKHottestJulyDay 👀
Hands up, who gave the legend that is Carlos Valderrama a pair of hair straighteners? #bbcfootball #Friyay 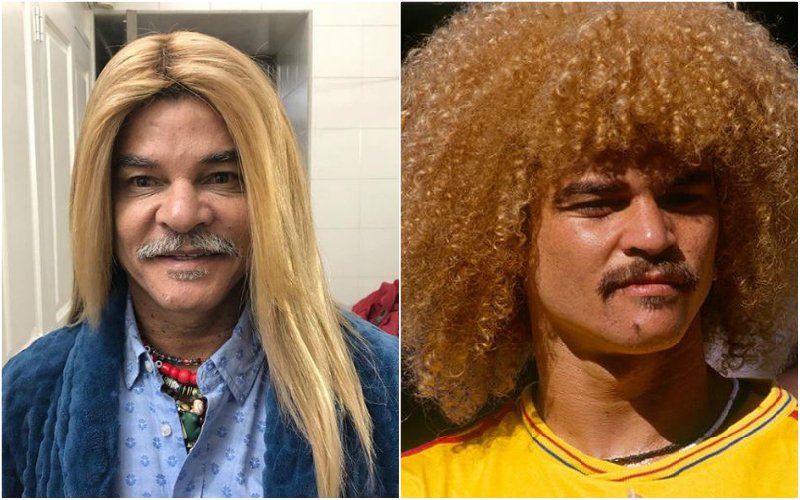 Where to start here? Becks could have, and has had, a list of iconic haircuts all to himself. To the ire of teachers across the UK, and probably the world, a swarm of school kids raced to the barbers asking for a Beckham mohawk after the Manchester United star stepped out with the do for a number of international fixtures for England in the summer of 2001.

The timing was no coincidence, mind you, as his first go at the ‘Taxi Driver’ cut ahead of Manchester United’s Charity Shield fixture against Chelsea in 2000 raised the ire of legendary boss Sir Alex Ferguson, who forced his midfielder to head to the Wembley toilets to shave it off. 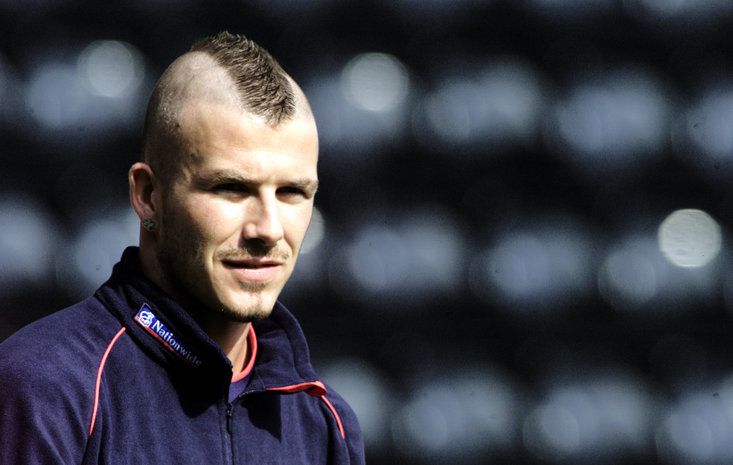 Perhaps the most inexplicable haircut in World Cup history. The Brazilian Ronaldo was arguably the most revered and certainly the most exciting footballer on the planet going into the 2002 competition  as he looked to make up for the heartbreak suffered in the final four years earlier. He certainly did that, taking Brazil to their fifth triumph with two goals in the final with a wedge of hair perched on the front of an otherwise-scalped head.

In 2018, Ronaldo explained the individual cut as a ploy to deflect from a niggling injury, saying: "I decided to cut my hair and leave the small thing there. I came to training and everybody saw me with bad hair. Everybody was talking about the hair and forgot about my injury. I could stay more calm and relaxed and focused on my training.

“I'm not proud about the hair itself because it was pretty strange. But it was a good way to change the subject."

However, rumours persist that the rogue patch was a ploy to stop his young son confusing him with teammate Roberto Carlos. 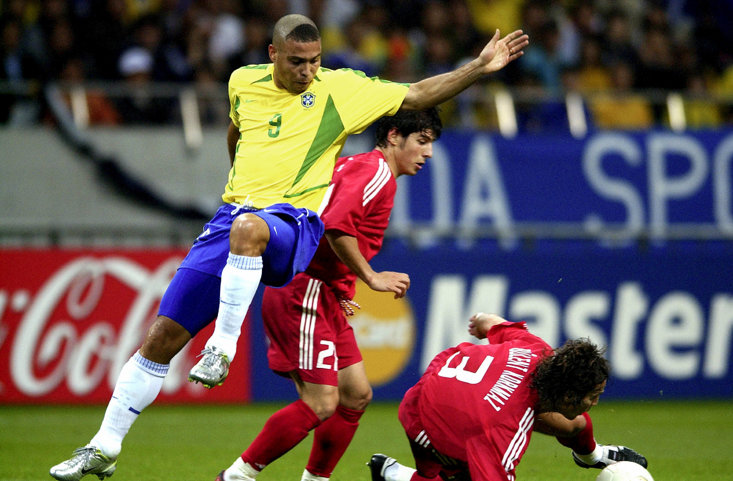 There are so many images embedded in the cultural zeitgeist of the 2005 Ashes, but England hero Kevin  Pietersen certainly made his claim to be a defining one. KP combined his dark short-back-and-sides with an audacious motorbike-tredded blonde streak right through the middle of the top of his bonce.

He might well have hit a sensational 158 at The Oval on the final day of the series to ensure that England walked off with the little urn for the first time in 18 years but, let’s face it, we remember his hair every bit as much as we remember that knock. And we surely all know at least one person who has failed miserably to copy the incomparable ‘skunk’ style. 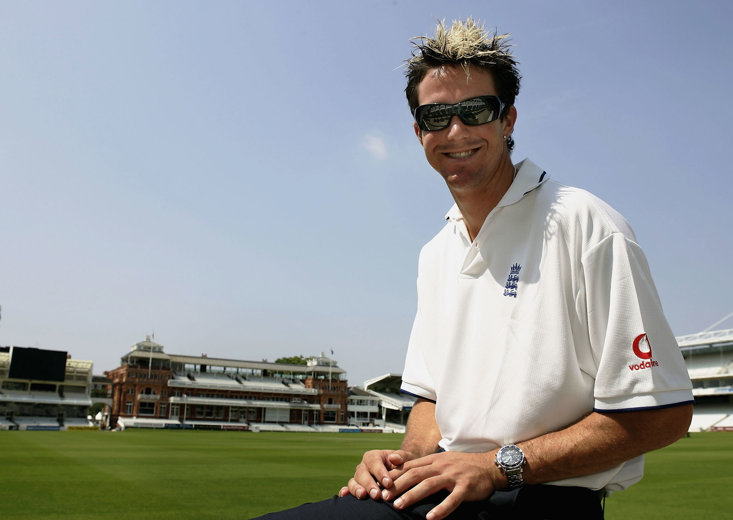 Eight-time world champion Shelly-Ann Fraser-Pryce has had a multitude of arresting hairstyles throughout her prolific athletics career. Ahead of the World Championships in Qatar this year, Fraser-Pryce was asked what she was going to treat the watching world to, having lit up the previous editions in Moscow and Beijing with extremely dramatic green and pink treatments.

"My coach says I like hair more than running and he's right because I get so excited to colour my hair, especially for championships," she said (via the BBC). "I'm excited for the colour I'll wear for Doha and sometimes I get so into it all, I forget I'm going there to run."

In the end, she went with a multi-coloured barnet and stormed to victory in the 100 metres too, capturing the attention in more ways than one.

‘Il Divin Codino’ simply had to be on this list. A European and World Footballer of the Year, Roberto Baggio remains one of the most recognisable and adored footballers of all time, boasting a career smattered with glorious highs and heart-breaking lows.

For a man who was so well-known for slamming away penalties, it was a cruel twist of fate that led to the Italian megastar becoming best remembered for his World Cup-deciding spot-kick miss in the 1994 final against Brazil.

Still, he did so with the famed ‘Divine Ponytail’ hanging from the back of his head, so it wasn’t all bad. 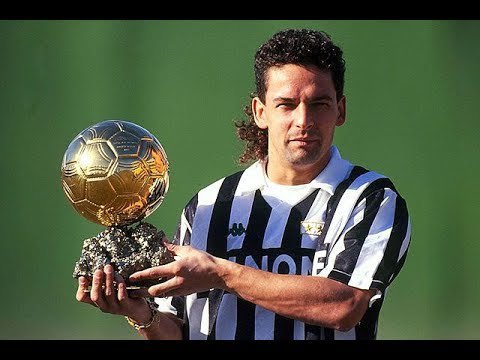