The West Indies have produced some of the world’s finest cricketers over the years and having grown up playing cricket in the towns and villages of East Lancashire, the West Indies are a team that is very close to my heart.

To many, the Lancashire League is considered the most famous cricket league in the world. Made up of small Milltown clubs predominantly from East Lancashire, teams have welcomed some of the finest professionals to grace the game such as Sir Viv Richards and Michael Holding. 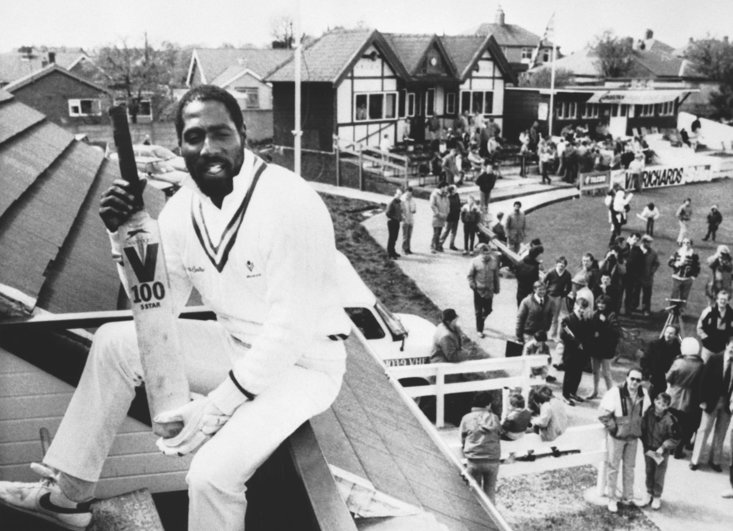 Formed in 1892, the teams in the Lancashire League were made up of 10 amateur players and one paid professional player that up until 1928 had to be a white man. However, this was to change in the late nineteen twenties when one of the world’s finest cricketers, Learie Constantine signed for the East Lancashire town of Nelson.

Ignored in the street, Constantine and his family faced prejudice from many of the locals who had never seen anyone with black skin before but on the Cricket field, he was a huge attraction. People wore top hats and tails dressing up in their Sunday best with crowds of up to 7,000 who came to see him play, attendances that have never been seen since in the league.

Learie went on to claim seven league titles in nine years for Nelson, taking 10 wickets for just 10 runs in one game. In the early 1930s, it was quite possible that Constantine was the highest paid sportsman in the country. He became a legend and his legacy can still be seen in Nelson today. He remained in the UK after his career in cricket was over and went on to become a barrister. He also had the honour of being the UK’s first black peer, carving the path for West Indian cricketers with few opportunities back home, a true gentleman.

Over the next few decades, talent from across the Atlantic continued to pour into the Lancashire League and in the 1950s and 1960s, 12 of the league’s 14 teams had a West Indian Pro. It was common for the professionals to head over to Moss Side in Manchester and meet their friends from the Caribbean community where they would be treated to a taste of home and party the night away.

However, it was not all sunshine and rainbows for the West Indians in the towns of Lancashire. In 1960 it was reported that the town of Preston had 365 pubs and there was only one, The Red Lion, in which the West Indian players would be served.

From Charlie Griffith at Burnley to Sir Wes Hall at Accrington, some of the world’s most fierce bowlers would strike fear into the amateur batsman of the Lancashire league. In 1960, Wes Hall joined Accrington, he was a gentle giant who could bowl at frighteningly fast speeds.

A young David ‘Bumble’ Lloyd - later an accomplished player for county and country - was playing for Accrington Juniors at the time and it was Wes himself who gave Bumble his first cricket bat. He was a key influence on Lloyd, allowing him to become hooked on the sport.

An absolute colossus of a man and one of the fastest bowlers in the world at the time, he would leave batsman praying they would make it into work on Monday. The friendships created were to last a lifetime and he still visits the local area and the and will forever be a fan of mushy peas pie and chips. 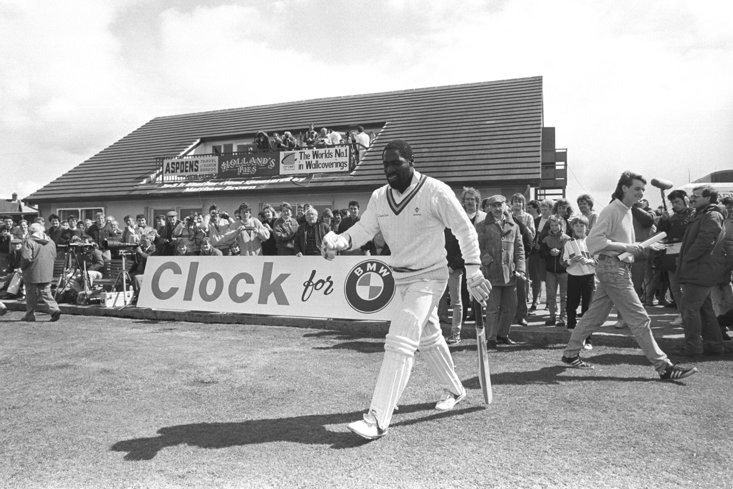 However, there is one name that stands out for me personally more than anyone. I played cricket for Rishton, a small village just outside of Blackburn for almost 10 years as a child and there was nothing that would excite me more than hearing the stories from my grandad of how in the summer of 1987 the World’s greatest batsman came to play for my village.

At the time there was nobody bigger than Viv in the game and after being on an overnight flight from the Caribbean he arrived in Rishton by helicopter landing in just by the wicket as it was hail stoning at the end of May.

Crowds flocked to see him and having attendances of a couple of thousand helped support numerous clubs financially in the following years. Away from the pitch, Viv threw himself into Lancashire life and still declares himself an honorary Lancastrian to this day.

Playing for Rishton under 11s and sitting in the same seat in the dressing room used by such a legend is something that still brings a smile to my face to this day. It was a special time, and unfortunately, the league can no longer attract the same calibre of professional they used to with South African professionals now commonly used by clubs.

Nearly 90 years after Constantine arrived at Nelson the memories remain with not just with the cricket records he broke but with the values he instilled into the league and its stakeholders integrating communities through cricket.