The 2006 World Cup was uniquely memorable for German centre back Per Mertesacker, most of all the quarter-final against Argentina.

Instead of celebrating Jens Lehman’s winning penalty shootout save against Esteban Cambiasso by trying to squash him to death, he decided to stay in the centre circle to “process” the moment. As he did, one of Argentina’s substitutes, Leandro Cufré, joined him there with some thoughts of his own. Then kicked Mertesacker square in the knackers.

This is in many ways a definitive Mertesacker moment: contemplative, slightly apart from the crowd, soaking up the knocks and the drama without a fuss. He attributes these characteristics to a rare trait in a professional footballer. He’s middle class. So when at 15 his weird body made a sprint for its 6’ 5’’ adult height, leaving young Per in agony and unable to play football for a year, it didn’t crush his dream – because he didn’t have one.

His parents, though “sports-mad” (read: borderline demented) were keener for him to do well at school, which Per was fine with, imagining turning out perhaps for a side in Div. 6. Then from one day to the next, the pain vanished, and he found he could keep up with the best of them, his gangly frame belying a sprinter’s turn of pace. 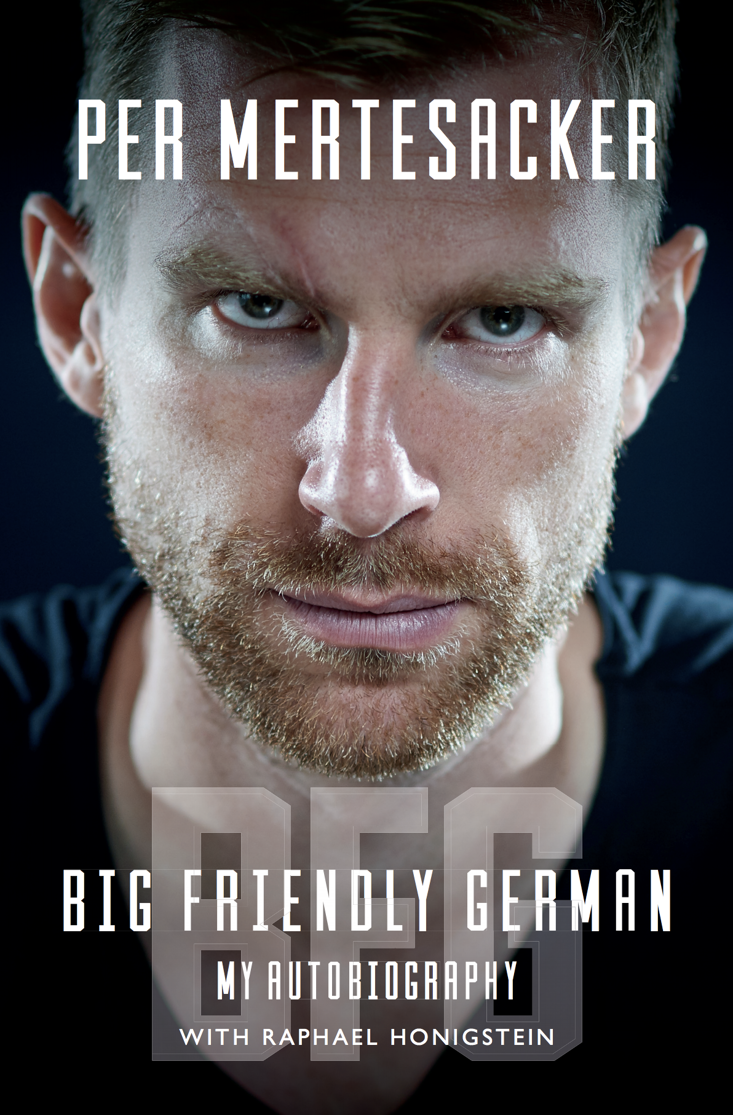 Hannover 96 and Werder Bremen had plenty of time for him in the Bundesliga, but his eye came to rest on the Premier League. Arsenal got in touch in August 2011, just hours after being butchered 8-2 at Old Trafford. Arsene Wenger, for whom he has limitless praise, spoke to him in German and even broke his own promise never to sign a player taller than himself. Mertesacker arrives with common sense to spare. He pays for his own fitness and nutrition squad. He moves his pounds into Euros before the Brexit vote. He has grave doubts about the wisdom of tattoos.

The second half of the book, though, is another matter and focuses on his real team, the enigma that is the German national side. After no cigar in various Euros and World Cups, a mixture of the tactical depth of manager Joachim 'Jogi' Low and some inspired clique-busting housing strategies in Brazil 2016 help the Germans steamroller hosts Brazil 7-1 in the semi, then squeeze past Argentina to win the trophy. Mertesacker – to his astonishment – gets on for the injury time of extra time, has one touch and by his standards, totally loses it: “my pulse was slightly higher than usual, I’ll admit that.”

In an age when players now have an agent at 13, boot deal at 14 and their first half-mill by 16, Mertesacker reckons he’d have been “culled” long before leaving school if starting now. British pundits didn’t think much of him either. “I don’t rate Mertesacker at all,” said Robbie Savage, on Per’s having the nerve to join the Premier League. “He wasn’t convincing at Madrid.”

Mertesacker gently points out he never played for Madrid – that was Christoph Metzelder – adding Savage to the long line of doubters he’s made look ridiculous.