Football
Features
Wagner has been on a rollercoaster journey since leaving Huddersfield Town
Simon Lillicrap
11:04, 14 Sep 2021

On a rainy night in Yorkshire, David Wagner savoured one of his greatest managerial moments. His Huddersfield side, the ultimate underdogs of the Premier League, had just defeated Jose Mourinho’s Manchester United 2-1 on their way to securing an improbable survival among England’s elite.

Tonight, he will hope to repeat the feat in the Champions League with another era of underdogs as Swiss champions Young Boys host a very different Manchester United. Of those that started for Mourinho four years ago, only David De Gea and Nemanja Matic are in contention to start again this time around, while three of the back four that were torn apart are no longer at the club. Then there is the small matter of the competition’s all-time top goalscorer Cristiano Ronaldo.

Wagner will be well aware that his task tonight is a gargantuan one, but not impossible. His Huddersfield side relied on two United mistakes and a vocal home support to seal all three points in 2017 and he will be able to count on the latter at the Wankdorf Stadium tonight. The philosophy of unity and hard work that saw Huddersfield promoted with a negative goal difference has stayed with the German born boss, even if things haven’t been a complete bed of roses since his departure from the Terriers.

His incredible work at Huddersfield, fairytale promotion story and the way he kept them in the top flight at the first time of asking meant that he could leave with his head held high and on good terms, even if the club were bottom of the league and destined for the Championship by January 2019. He needed a break from the day to day rigmarole of club management and duly took the rest of the season off before he was offered a job he simply couldn’t refuse by a German giant - Schalke.

Given how it ended for him there, it is easy to forget how well he started. In his opening 18 league matches, more than half the season, Schalke lost just three times and sat third in the Bundesliga. But from that point, with off-the-field debts mounting, a lack of recruitment and the Covid-19 pandemic, it was a complete write-off. 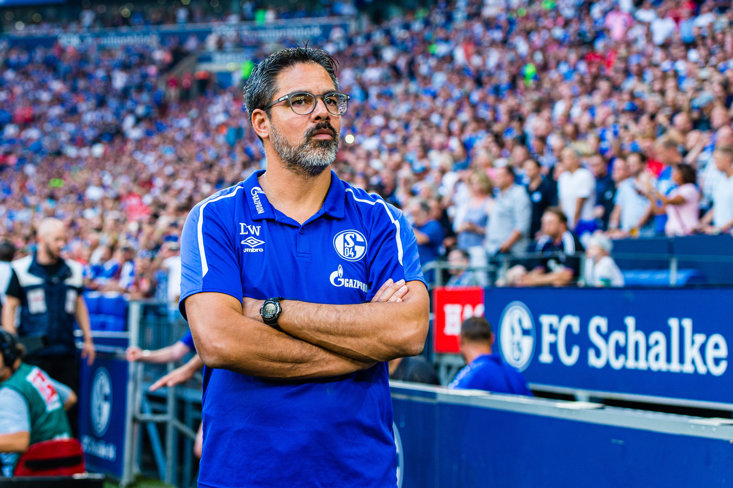 Schalke didn’t win again in the league that season and set an unwanted club record of 16 consecutive league games without a win but despite this, he retained his job that summer. Off this pitch, the atmosphere had changed during that run. Controversial owner at the time Clemens Tönnies brought a disconnect between the fans and the team, as the club cleared him of any wrongdoing despite him making racist remarks regarding climate change in Africa, while the pandemic had destroyed any financial hope the club had of a rebuild.

Wagner lost the opening game of the season 8-0 to Bayern Munich before a 3-1 loss to Werder Bremen brought a premature end to his tenure. Schalke won just three games all season, under five different coaches. The manager was never the problem.

“There were so many things I was not able to influence,” he told The Guardian. “And if you have the feeling that whatever you do, you will not change it, it’s a horrible feeling. It doesn’t depend who is on the sideline. You can bring in whoever you like: this club will not stop going down.”

The 49-year-old needed a break from the sport after that debacle and took a nine-month sabbatical, but he has returned refreshed, with a settled club where expectations are higher. Young Boys are now the dominant force in Switzerland having won the last four league titles and anything less than a fifth would be a failure. In Europe, this year will mark just their second appearance in the Champions League group stages, and reaching the knockout stages would take them further than they have ever been before.

Under a revitalised manager, the Swiss underdogs could just pull off another Wagner shock, as the man who has stopped Manchester United in their tracks before looks to do it on the biggest stage.

Manchester United are 2/5 with Betfred to beat Young Boys