Sports
Features
It is the 50th anniversary of goalkeeper Chic Brodie having his career ended by a dog
Jack Porter
14:00, 28 Nov 2020

We love all creatures great and small but sometimes pesky critters and colossal creatures, for better or worse, decide to gatecrash our favourite pastimes. Remember the excitement when you were at school and a dog ran into the playground? Well we’ve compiled a collection of the most incredible times animals have intervened in sports, with extreme results!

On any other day, a Fourth Division game between Colchester United v Brentford would be confined to the memories of only a few devotees who had rocked down to Layer Road. Instead, the events on November 27 1970 would stand out in the annals of football history. For in the away goal, shot stopper Chic Brodie was about to make one of his last appearances between the sticks as a pro, a respectable career about to be ended in ignominious circumstances. Though Chic Brodie didn’t know it, he was about to experience a real dog day afternoon. Brodie had made over 400 Football League appearances saving shots left right and centre. The opponent that would prove his folly however, wasn’t a striker, but a sheepdog. The carefree canine ran onto the pitch and proceeded to run amok before colliding with Brodie, breaking the goalkeeper’s kneecap and tearing apart the ligaments inside. Brodie would later say “the dog may have been small - but it just happened to be solid”. Due to the injury, Brodie had to later bow out just one game away from his 200th appearance for The Bees. Speaking of which…

The cricketers and the swarm of bees 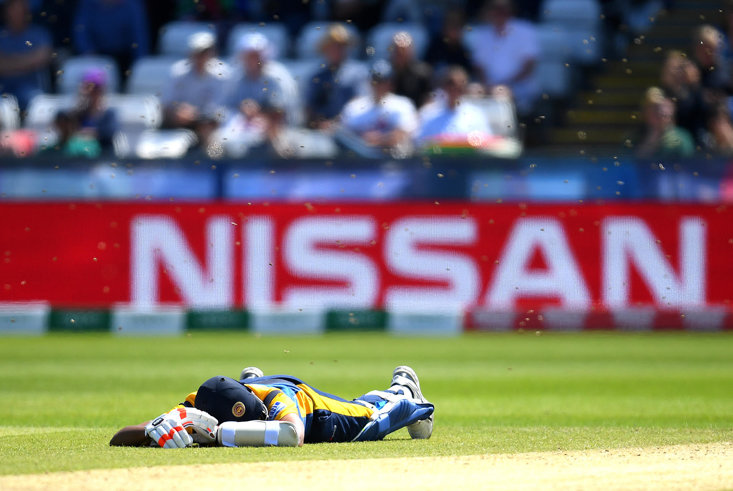 Cricket matches always feature attempts from across the crease to distract rivals with insults and jibes, but in 2019, sledging was replaced by a swarm for Sri Lanka’s Cricket World Cup match with South Africa.

The bees descended upon Durham, UK, just as Sri Lanka's Isuru Udana and Suranga Lakmal were batting, with all the players hitting the deck to avoid some nasty stings to halt the day’s proceedings.

However, South Africa’s Chris Morris took advantage of the situation. While other players lay prone and rested on the turf, Morris took the chance to get in a workout, doing some planks and push-ups.

Once the insects had moved on, it was South Africa that eventually proved to be the bees knees by taking home a nine-wicket victory.

The golfer and the marauding elk 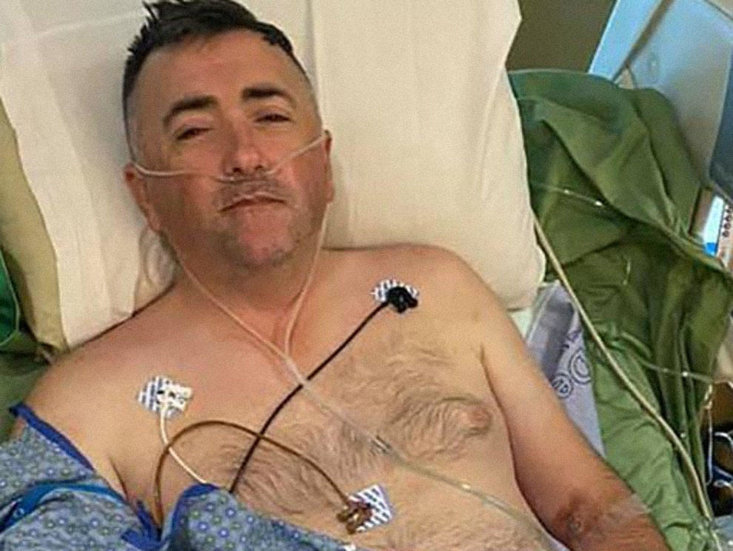 Prepared to wince? In October 2020, a Colorado golfer had his kidney split in two by an elk. It appeared to be just another sunday, happy day for Zak Bornholf and his two comrades to have a friendly round at the Evergreen Golf Course when they were approached by the animal, one of the largest members of the deer family which can can weigh up to 330 kg and stretch close to two and a half metres.

Throughout the day, the trio had seen countless, unconcerned elk. And then they headed to the 17th hole.
Upon seeing a herd they stopped their golf cart to maintain distance. One elk however took umbrage.

Unlucky Zak was sitting on the passenger side of the cart when the elk approached to challenge them, to which they responded by driving away. At that point, the defiant elk charged, gored, and the horn went into the back of Zak’s right side, his right hip, and went through to his left kidney. Ouch.

Mick Fanning and the hungry shark 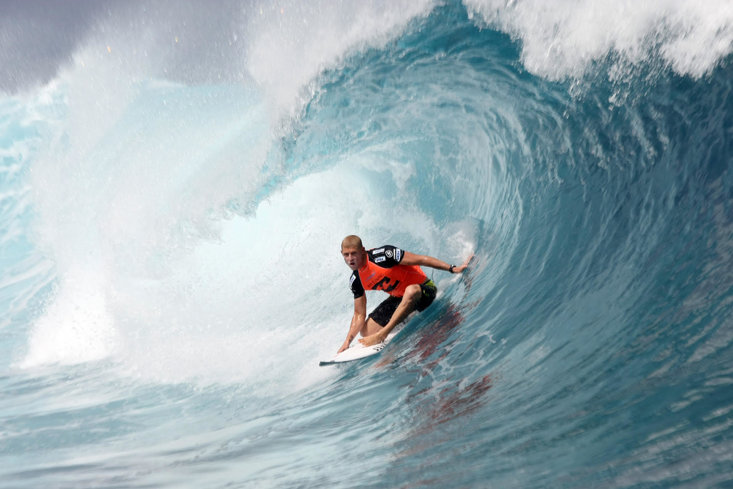 Spoiler Alert: Surfing’s dangerous. Wipeouts! Drowning! Cut-throat Coral! Shark attacks! Well three-time world champion Mick Fanning has a tip for you if a pesky sharp-tooth decides to infiltrate your surf. Simply punch it in the back. In 2015, the Australian was competing as a finalist in the J-Bay Open in South Africa, when a shark decided it wanted a taste. Fanning wasn’t willing to be fish food.

“I just saw the fin, I didn’t see the teeth. I was waiting for the teeth to come at me as I was swimming ... I punched it in the back.”

Nearby rescue boats and fellow finalist, Julian Wilson rushed to help him to shore.

The ordeal however was simply water off a surfer’s back. “I just can’t believe it,” he later said, “I’m just tripping. To walk away from that, I’m just so stoked.”

The golfers and the alligator that time forgot 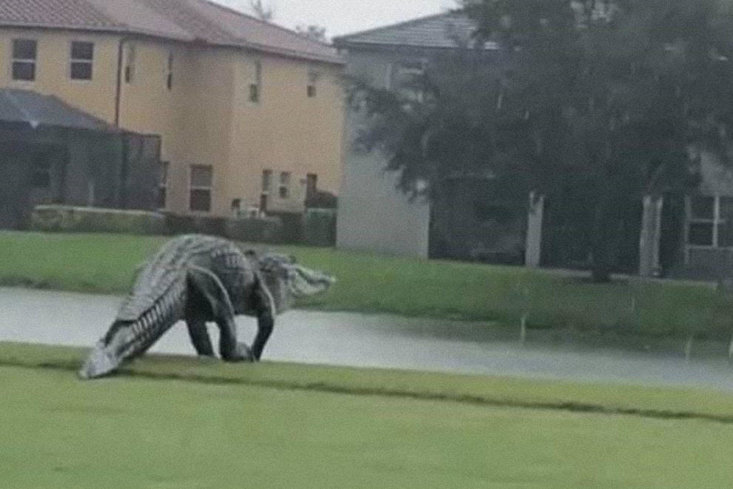 Who knew golf could be this exciting? Scenes in Florida were full 1 Million Years BC, when an actual dinosaur decided to interrupt a friendly game of golf in November 2020. The massive alligator was spotted on the Valencia Golf and Country Club course in the Sunshine State, incredibly like our aforementioned Colorado elk friend, at the 17th hole, in which the gator brazenly waddled across the fairway to chill in the pond. Its ‘high-walk’ accentuated the creature’s size, with observers keeping a good distance from the monster. Footage was taken from a speeding cart, which was still going too slowly for our liking. Mercifully, no-one was hurt. Whether that gator is still relaxing in those cool waters is unknown but one thing is more certain - no one is going to retrieve their ball from it anytime soon.