Ufc
Features
The Notorious has a stunning array of motors
Simon Lillicrap
16:00, 02 Jan 2021

Can you imagine having Conor McGregor’s fortune? The man who took UFC to a whole new level is one of the most famous sportspeople in the world and has certainly earned a few bob in his time. In fact, his net worth is estimated to be over £120m, which makes sense given he earned £100m from his boxing match with Floyd Mayweather and another £50m for his 2018 UFC bout against Khabib Nurmagomedov.

Now, we know Conor is flash. He enjoys the finer things in life such as a palatial house and holidays with no expense spared, but what sort of motors does he treat himself to? We’ve delved into his garage to bring you five of the best. 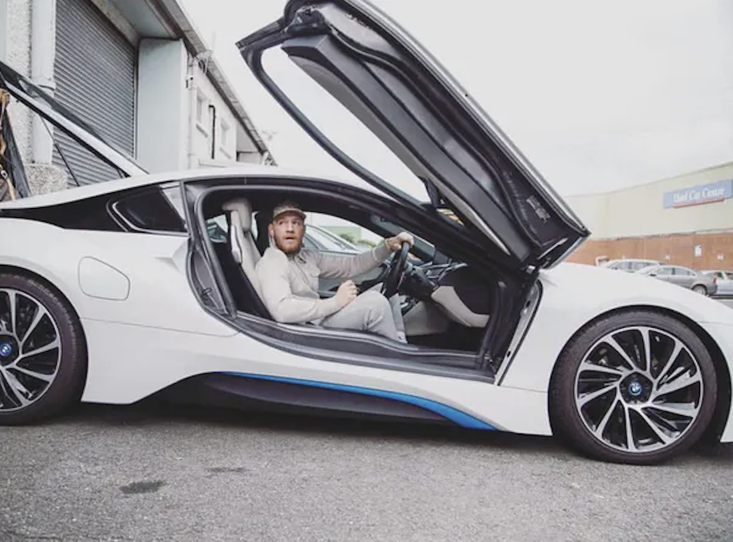 Who would have thought Conor McGregor would be so considerate towards the environment? Kicking us off here is BMW’s futuristic hybrid called the i8. With the help of a lithium battery, this model can accelerate from 0-60mph in 4.4 seconds and up to a top speed of 155mph. In fact, there is a remarkable YouTube video of this being done on one of Germany’s Autobahns. It’s seriously impressive.

With the combination of combustion and electricity, the fuel economy on this car is its stand-out feature. It can average 91mph and that is the main reason why it has been so successful. The top-selling electric sports car is one that has pride of place in McGregor’s garage. You didn’t expect that did you? 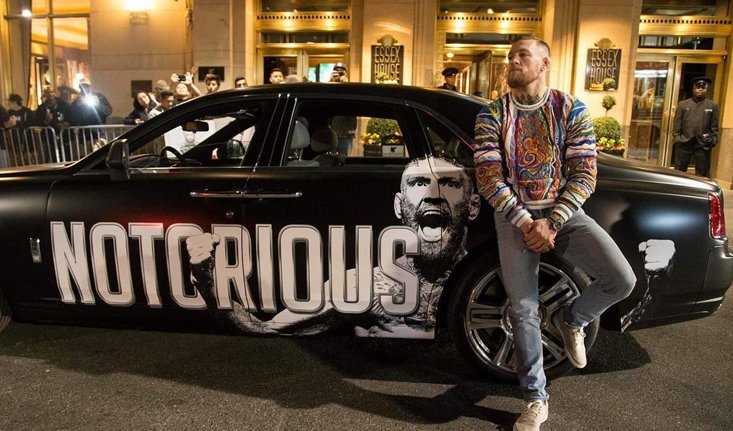 When you are this famous, items like this one just fall into your lap. Ahead of his fight against Eddie Alvarez back in 2018, Rolls Royce got in touch to offer him one of their Ghosts, complete with a personalised paint job. Who would say no to that?

Now this car is definitely more of what you would expect from Conor, and with the prices starting at £240k it certainly has a bill befitting of the fighter. The paint job features a mural of his own face and is embellished with ‘NOTORIOUS’ along the side of the car. Honestly, you couldn’t dream up a car more perfect for him. With comfort, style and a massive picture of his own face, this might well be Conor’s idea of perfection. 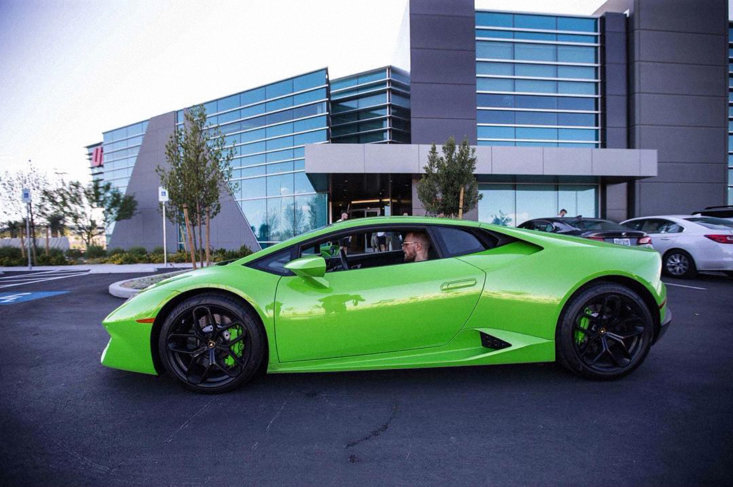 Lambos are synonymous with style, and these days they’re synonymous with celebrities too. The Italian supercar of choice for McGregor was the Aventador Roadster which set him back £275,000, the going rate for one of these V12 animals. The convertible version is a real looker, but because he also wanted to take this car out when the weather wasn’t so favourable, he purchased the hard top version as well. You know, just in case.

Often seen driving around Dublin with his partner Dee Devlin in this motor, he loves to show it off on Instagram too. But this car isn’t just about striking looks, since it can hit 217mph thanks to that v12 engine and do 0-60mph in just three seconds. Wow. 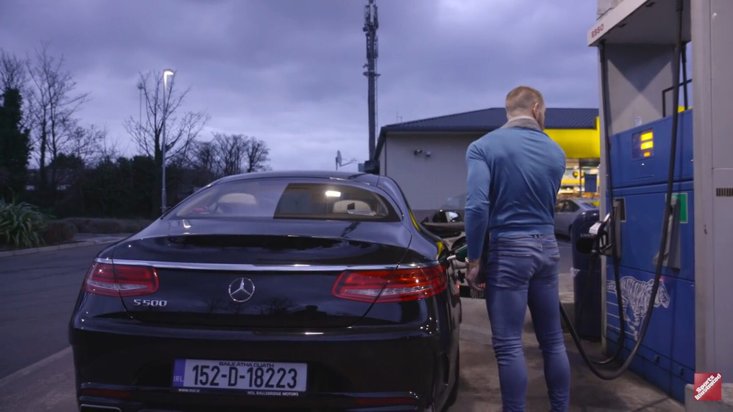 What does a multi-millionaire use for their everyday car? What do you drive to Tesco in? The Lambo is too difficult around town and the Ghost just seems a bit TOO much of an attention-seeker, so ‘The Notorious’ picked up this Mercedes S5000 Coupe for when he needs a quick runaround. Now this is by no means a Smart Car, it still set him back over £100k, but it is more sensible than a few of his other motors.

With a nine-speed automatic gearbox, double glazing and its unassuming looks, this car can become reasonably quiet when flying down a motorway but inside it is a wonderful place to be. Even though it is limited to 155mph, we can see why Conor loves this one. 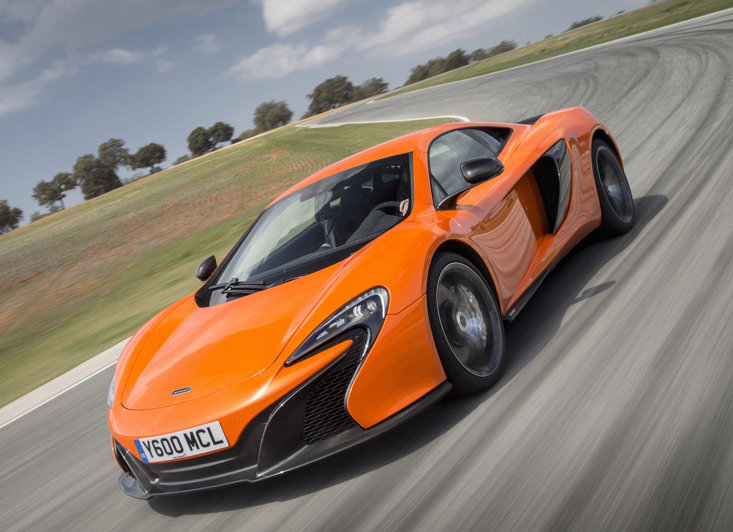 Another absolute rocketship. Going 0-60mph in three seconds and with a top speed of 207mph, only his Aventador can outrun this British masterpiece. McGregor was first spotted in this after being pulled over by the police in Dublin, he is often spotted by fans driving his bright orange supercar.

With 650 bhp, this powerful beast can make enough noise to draw a crowd, which the UFC king clearly enjoys. In a collection totalling over £1.5m, he may not boast the Bugattis or historic gems of some of his sporting rivals, but he still has a dazzling array of motors we can all admit to being envious of.