Football
Features
The timely centre-back additions will be a huge boost to the Reds
Elliott Bretland
16:00, 03 Feb 2021

Ben Davies is living the dream. On Monday he woke up as a Liverpool player, and tonight he could make his Premier League debut for the Anfield giants against Brighton & Hove Albion. The 25-year-old was entering the final six months of his contract at Preston North End when the Reds elected to sign him for £1.5million in the kind of move you see so rarely in the modern era.

Long gone are the days of Brian Clough putting together a ragtag team of Second Division players and winning the First Division title. It’s 2021 and the Premier League champions don’t ordinarily buy players from the second tier to go straight into the first team, but Jurgen Klopp’s decision to sign Davies comes out of necessity.

The Merseyside club have been hampered by a defensive crisis all season and have been forced to work their way through 16 different centre-back pairings. Having played 32 matches so far, that’s one centre-back pairing every two fixtures. With Virgil van Dijk and Joe Gomez long-term absentees, Klopp has had to master the art of spinning plates. Not only have midfielders Jordan Henderson and Fabinho had to revert to defence, harming Liverpool’s attacking prowess and functionality in the process, but there has been no room for any consistency, no opportunity whatsoever for any relationships to be formed at the back. Reserve players Nathaniel Phillips, Neco Williams and Billy Koumetio have all featured far more than they will have anticipated, not that they will be complaining.

Liverpool had to make a defensive signing this January if they wanted to retain their Premier League crown and go the distance in the Champions League. That need grew even greater this week when Joel Matip was ruled out for the rest of the campaign with an ankle ligament injury. And so the Reds, after securing Davies, then moved to land highly-rated Ozan Kabak on loan from Schalke. Two signings to solve such a problem position will have delighted Liverpool supporters.

The purchase of Davies feels like a stop gap though, even if he has signed a long-term deal, and he will be keen to prove that assumption wrong. “He’s a really good footballer,” Klopp said of him in his pre-match press conference on Tuesday. “He looks like a proper leader in this Preston team, good in challenges, looks football smart, can play different positions because he played in a back three and a back four and all these things.

“When I saw Ben it was really interesting, he’s a competitive player for Preston in the Championship and so plays a lot of games. We watched him in games and I just thought he was a really good footballer.”

Just like Steven Caulker five years before him, one imagines he has been signed primarily to fill a void and see the Reds through this injury malaise. The fact Liverpool were competing with Celtic for his signature shows he is ready to make the step up, but perhaps also shows to which level.

However, the move for Kabak, which includes an option to buy for £18m in the summer, feels more of an investment, even if it is a temporary signing. At 20, he has already been capped seven times by Turkey and played more than 50 games in the Bundesliga. He has played in the top leagues and at international level and was seen as a leader at the Veltins Arena, he is strong and can marshall a back line, something Liverpool have lacked in Van Dijk’s absence. 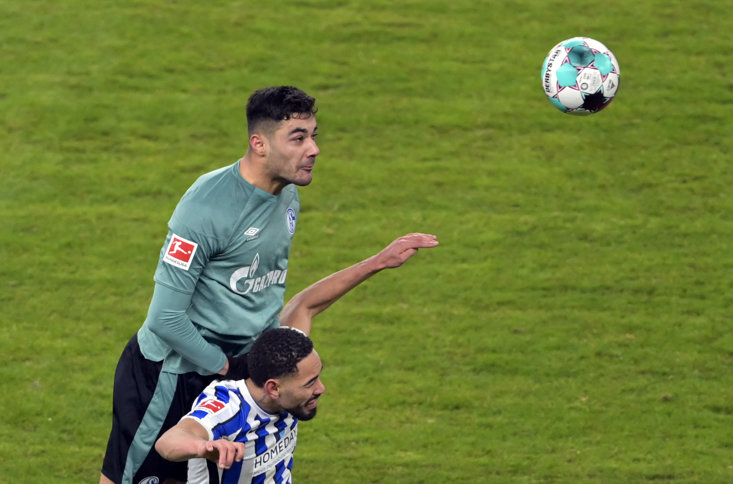 Both players will be desperate to impress Klopp in the battle to be Van Dijk’s defensive partner when the Dutchman, one of the best centre-backs in the world, returns to action. Their additions also mean Liverpool can go back to having specialists in the heart of their defence. They head, they tackle and they organise, which means Henderson and Fabinho can get back to doing what they do best in front of them.

While the defence has been wounded, Liverpool’s fiery and ferocious counter-attacks which made them virtually unbeatable in 2019-20 have had cold water poured on them since those midfield lynchpins were moved backwards. Fabinho and Henderson’s discipline is what aids Mohamed Salah, Sadio Mane and Roberto Firmino to attack with venom. Thiago Alcantara too, was brought in as a number eight but forced to play deeper, his natural game was affected as a result and he’s proved ineffective in some matches.

Liverpool have bolstered their backline, and there’s every reason to believe their goals tally will increase every bit as dramatically as their clean sheet count. The Reds can function at full throttle again, and table-toppers Manchester City will be worried.