Football
Features
Chris Hughton heads into this one under serious pressure from the Forest fans
Simon Lillicrap
15:02, 27 Aug 2021

These two clubs were once at the very pinnacle of English football, two giants of the game forever linked together not just because of their close proximity to each other, but also because of one of the greatest managers in history - Brian Clough. These days, although their status in the English game has diminished slightly, the two rivals still play for the trophy named after the great man.

But when they meet on Saturday lunchtime, the mood around the two clubs will be vastly different. At the start of the season, Derby were a shambles and off the pitch, they still are. They are in talks with the EFL over a punishment for breaching financial rules, which could result in a points deduction, and can only sign players who are available on free transfers, yet somehow, Wayne Rooney has cobbled together a competitive side who are fighting for each other.

Phil Jagielka and Curtis Davies make up an experienced a solid centre-back pairing that have even been compared to Giorgio Chillieni and Leonardo Bonucci, having kept two clean sheets in their last two league matches. Sam Baldock joined to lead the line and Rooney even took a punt on former Manchester United teammate Ravel Morrison, who is being allowed to flourish in the number ten role.

If Rooney keeps this lot up, given the circumstances they found themselves in this summer, his managerial stock will go through the roof. Derby were predicted to finish bottom by pretty much everyone, so for them to even be competitive in this division with such an ageing squad is a remarkable achievement, and the fans, to their credit, are right behind the side and their manager. 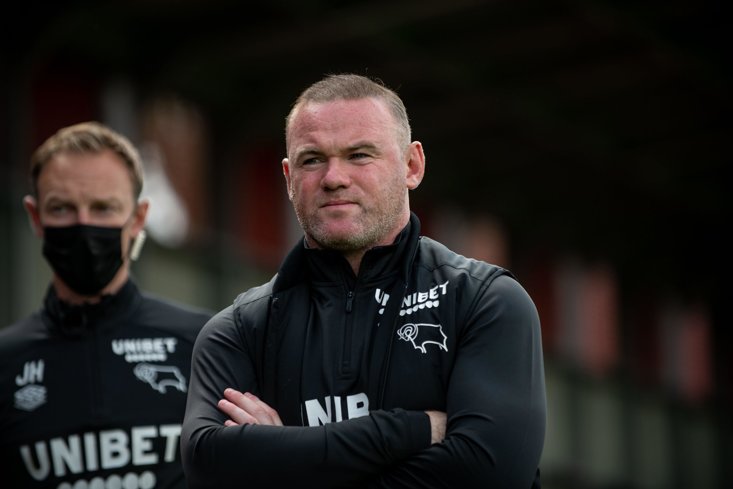 The same cannot be said about their opponents this weekend. Forest, after a disaster of a campaign last term that saw Chris Hughton steer them away from danger, were looking to progress again this summer under a manager who has enjoyed unrelenting success at this level. Although investment was minimal as the club attempted to cut the bloated squad that had been assembled by previous incumbent Sabri Lamouchi, Barnsley’s former CEO Dane Murphy was brought in to assist with the running of the club, and things seemed fairly positive before a ball was kicked.

This is a side packed full of talented individuals, with a top class manager at this level. Yet the mood at the City Ground could not be more toxic. Forest have lost their opening four games, sit bottom of the Championship and fans are vocal in their frustrations from the stands. At Stoke last weekend, Hughton received abuse as he left the field and it seems like defeat this weekend will mark the end of the road for the manager.

If Hughton goes five defeats from five in the league, not counting a 4-0 League Cup defeat to Wolves, and loses the Brian Clough trophy to a cobbled together Derby side, his position will surely be untenable. It’s a sad state of affairs in the east Midlands at the moment, with both clubs far from their past glories, but this derby always produces.

This one, for both clubs, might just define their entire season.