Tennis
Features
The career of Sharapova could have been very different
Jack Porter
16:00, 10 Jun 2020

“If Chernobyl never happened, my life would be very different. I probably wouldn’t even be playing tennis.”

By the age of 11 she had signed a deal with Nike. At 17 she was a Grand Slam champion. At 23 years old Maria Sharapova was the highest paid female athlete on the planet. It could have been a lot different.

“Two or three days after the disaster happened we just started watching T.V, nobody really cared” Maria’s father Yuriy Sharapov described in a 2010 interview, “Then, this feeling of catastrophe and how big it really was.

“It was just crazy. People started to panic, picked up their bags and [thought] ‘if we have a chance, try to escape’.” 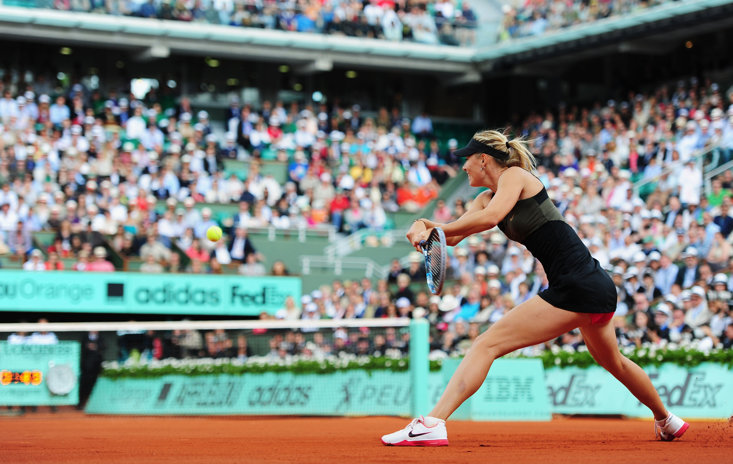 In the mid-eighties, Yuriy and his wife Yelena were living in the city of Gomel, in what is now eastern Belarus, less than 100 miles from the nuclear power plant which would devastate Eastern Europe in the late 80s.

Four months after the disaster, whilst they were still residing in Gomel, Yuriy’s wife discovered she was pregnant. The worry that her child hadn’t escaped the effects of the meltdown that left 2,600 km² around Chernobyl uninhabitable was very real.

The long-lasting effects of radiation exposure led the World Health Organisation to estimate that 9000 people affected will die prematurely, including children unborn but developing in the stages of pregnancy, the potential for suffering from birth detects and health problems greater. Even years after the accident, 3.5 million people of the Ukrainian population, or 5%, were claiming to be ‘poterpili’ - radiation sufferers. Born out of concern, Yelena and Yuriy swiftly moved further east to Nyagan in the Khanty–Mansi Autonomous Okrug in the heart of Siberia where, on April 17, 1987, a healthy Maria Sharapova arrived.

At 15, she became the youngest tennis player to reach the Australian Open junior tournament finals in 2002 and then two years later, in 2004 she beat one of the game’s greatest, Serena Williams, to become the first Russian woman to win Wimbledon, beginning a nice habit of her winning a Grand Slam title in each even year between 2004 and 2014 (with the exception of 2010) along the long road that would eventually culminate with singles’ titles at the All Grass Championship, Australian (2008) and US Opens (06), and finally the French (12, 14).

By 2010 she was pocketing $20million a year, through her tennis, modelling, and lucrative ventures such as her successful candy line named ‘Sugarpova’.

On June 9, 2012 she became one of just ten women, and the only Russian, to achieve the honour of the Career Grand Slam. The final piece of the puzzle came a mammoth eight years after her first major, the longest wait for a female to complete the feat alongside Chris Evert (1974-82). The delay in part came from a major surgery that blighted many of her most formative years in her early twenties. But, with a 6-3, 6-2 straight sets victory over Sara Errani of Italy, after 11 years as a professional, she had won at Roland Garros, completing the quad.

Two years later she would win the French Open again - ironically the patience at the Parisian venue produced her only brace of titles at a Grand Slam. After becoming a United Nations goodwill ambassador in 2007 in a $1 deal she deemed her "proudest contract ever", Sharapova donated more than $120,000 towards the communities where her family herald - and grandmother continued to live -  affected by the worst nuclear accident in history.

“It’s crazy to think that I could have been born in the midst of Chernobyl,” said Sharapova in 2010, “I remember my mom and dad telling me that it was really chaos. Everyone just wanted to leave and they were leaving everything in their house - their valuables, their photographs, and their memorabilia - and the only thing that they would take was their passport.”

In the shadow of the dissolution of the Soviet Union, a chance meeting with nine-time Wimbledon champion and American emigre Martina Navratilova in Moscow at the age of six dictated Sharapova’s future. 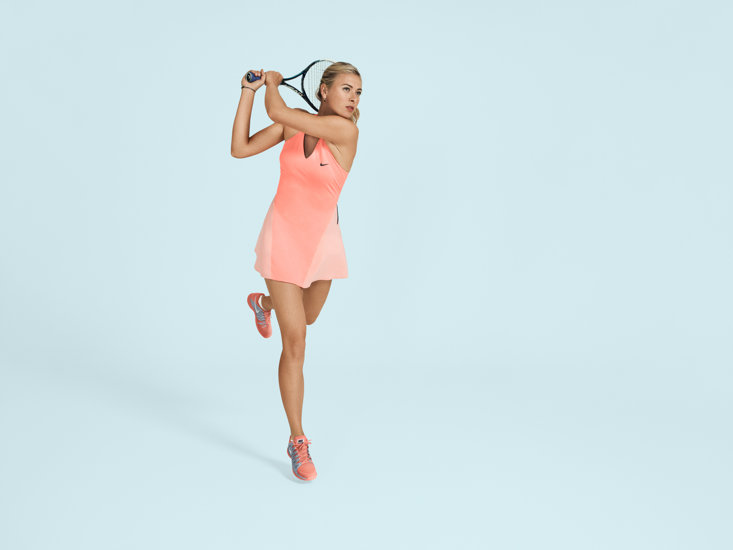 “I said ‘that girl’s going to be good’,” said Navratilova, upon observing Maria practicing “And then I was asked what I thought she should be doing, and I said, “go to the States.”

Since moving to Florida just before her seventh birthday in 1994, Sharapova has had permanent residence in the USA. She retired, aged 32 in February 2020 after reclaiming a world number two spot after a 15-month drugs ban, having tested positive for prohibited substance meldonium in 2016.

Maria Sharapova bowed out of the sport she had been attached to since the age of four, with five-Grand Slam titles plus another 31 WTA singles rewards.

Chernobyl may remain one of the most potent symbols of catastrophic man-made hubris, the effects of which will never be consoled for those most affected. But certainly emerging out of the shadow of it and unafraid to shelter back underneath it in continuing to bring the disaster and her pride of heritage to attention, Sharapova will remain that Soviet superstar who truly went nuclear.