Sit back, relax, take in the view, count your cash, get your personal chef to knock up something real nice, whatever it takes, just enjoy your retirement Mr Mayweather.

Boxing has given you a hell of a lot, you’re the sport’s first ever billionaire and the richest athlete on the planet. You wear watches that cost £13 million for goodness sake. And in return you gave it an unblemished 50-0 record, you were a five-weight world champion and named the Fighter of the Decade for the 2010s. Throw in 24 million pay-per-view buys and £1.24 billion in revenue throughout an astonishing career, and we can see this was a two-way street.

You took and you gave to boxing. And nobody could argue with that, especially not in the most brutal of beautiful sports. But here’s the thing, it’s all take now. There’s no giving back to the sport that gave you so much, and you’re in danger of damaging your legacy forever.

Your last professional bout was the notorious £205 million clash with UFC’s Conor McGregor back in 2017. Ok, so there was enough fighting curiosity in that encounter to justify it, although the outcome was both disappointing and predictable. 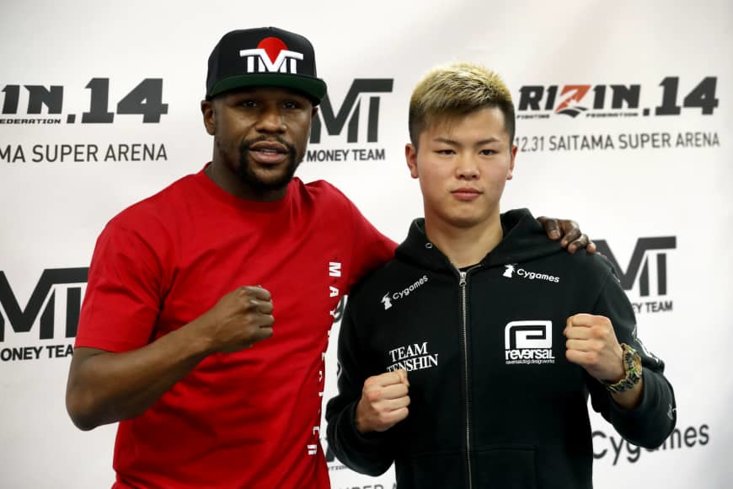 Things got a little crazier when you made Japanese kickboxer Tenshin Nasukawa cry in a round one defeat on New Year’s Eve 2018. But now it’s gone to a whole new level of silliness. Now you’re set to step into the ring (we can’t bring ourselves to say the word ‘fight’) with YouTuber Logan Paul. And we learned this week that you’ve signed up with Fanmio and plan to compete - in their words - “in a new boxing division” for the foreseeable future.

That means more stepping into the ring with social media influencers, has-beens and who knows what besides. Ok, so we get that these exhibition bouts are lucrative but how much money does one Mayweather need? And what about the damage to the game of boxing?

These ‘exhibition bouts’ downgrade boxing to nothing more than a wing of the WWE. It’s about the show, and not about the graft. It makes a mockery of every single fighter who busts their guts in camp, or in the gym, waiting on their next big move.

The words exhibition and bout do not belong in the same sentence. This is not art. And this is not what boxing is about and you, above all people, should know that. Right now you’re standing on the precipice of causing lasting damage to your legacy. So step back, enjoy the view and do the right thing by boxing. That’s the least the fight game deserves from Floyd Mayweather.