When the theme tune to Star Wars reverberated around Madison Square Garden in 1977 as Muhammad Ali made his way to centre stage to square of with the tough-as-nails Ernie Shavers, it might not have seemed like it at the time, but boxing history was being written. Sure, it was little more than a marketing ploy (A New Hope had released a few months earlier and had taken over the world by all things Jedi at this point) but this was the first time a fighter had ever entered the ring to music.

Before the introduction of John Williams’ iconic intergalactic score, the ring walk was a very mundane routine with very little razzmatazz, merely a means to get from dressing room to ring, but today they’re a part of the parcel of fight night - the entree to the main course, if you will - nothing beats a good ring walk. Some are eccentric, some are inspiring and others are downright terrifying. Below are our picks for the five best boxing ring walks of all-time... 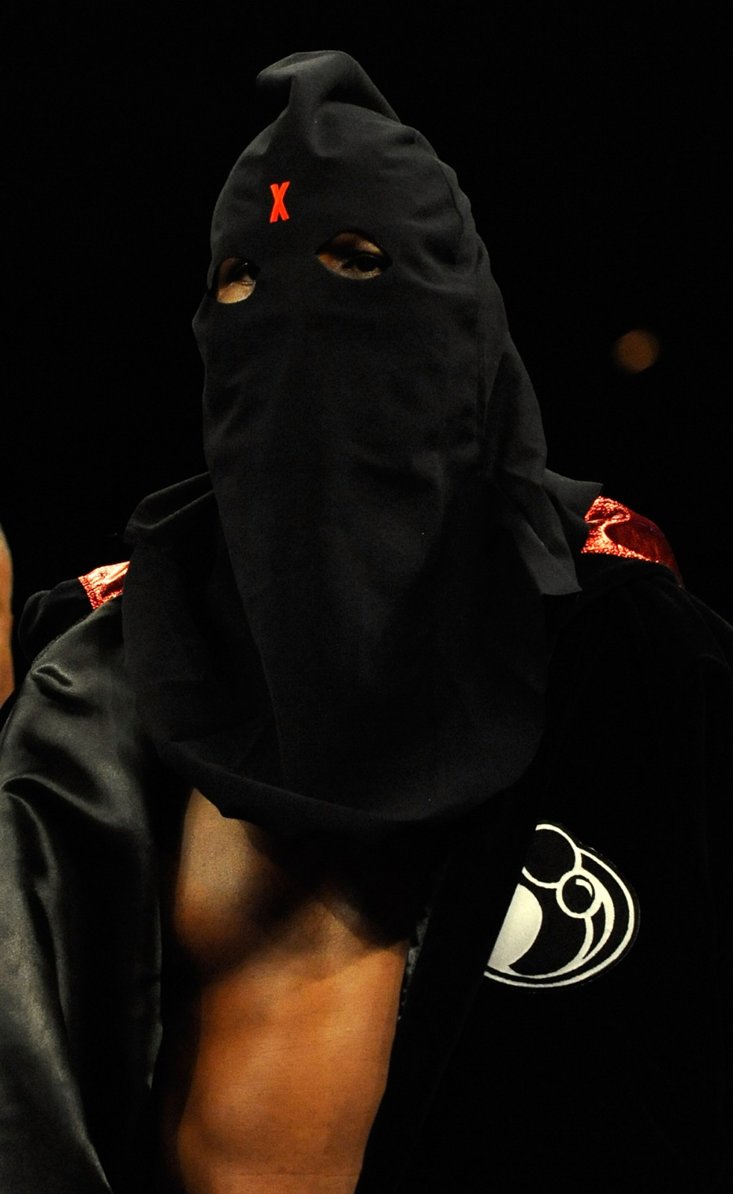 As a relative latecomer to the sport, someone who’s passion for boxing was forged in the fires of prison, as a fighter who lost their pro debut but went on to become one of the most successful boxers of the last three decades and the oldest world champion in history, it’s pretty clear that, throughout his career, Bernard Hopkins did it his way.

And that’s what makes Hopkins’ ring walk against Roy Jones Jr. so special. Walking out in a black executioner’s mask, to a special rendition of Frank Sinatra’s ‘My Way,’ as three backing singers in red dresses stood in the centre of the ring singing along - it was a bizarre juxtaposition of things that shouldn’t work  but came together to create something truly inspiring.

He won via a unanimous decision and would go on to fight for another six years, eventually retiring at 51 years and 337 days old. Fingers crossed Roy Jones pulls something equally spellbinding out of the bag when he makes his comeback against Mike Tyson this September.

Whether he’s dancing on stage to Justin Bieber at one of his son’s press conferences or talking to the BBC about how the summertime gives him “I think they call it… endorphins,” you’re probably well aware that Chris Eubank Snr. is a tad eccentric. So it’ll come as no surprise to hear that in 1995 in the build-up to his first fight with Ireland’s Steve Collins he rolled towards the ring atop his beloved Harley Davidson Shovelhead, fireworks and confetti exploding everywhere, all while Tina Turner’s “Simply The Best” blared alongside him.

Confident and cocksure, this was vintage Eubank. The theatrics clearly didn’t have the intended effect on Collins though, who went on to hand Eubank the first professional defeat of his career via a unanimous decision. 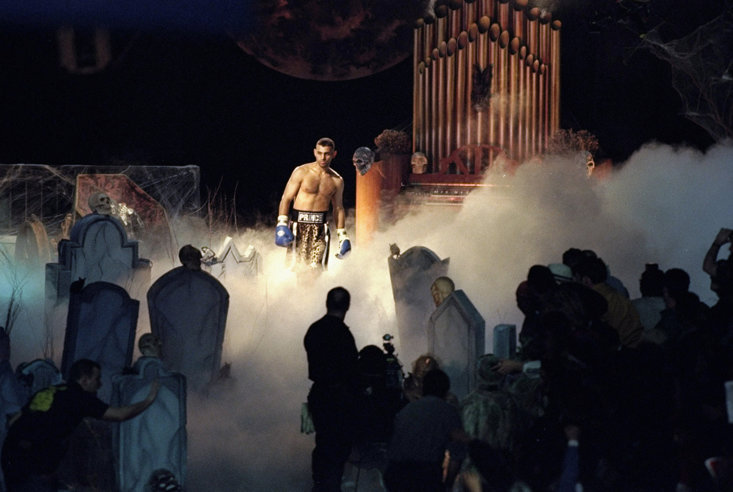 You know a ring walk is going to be good when the fighter making it has to wear a fire-proof robe to ensure he doesn’t accidentally set alight before he even gets in the ring. That’s what happened before Prince Naseem’s 1998 WBO featherweight world title fight with Northern Irish-born Wayne Mcculloch in New Jersey when the Prince made the most of the fact that the fight was taking place on Halloween.

Cue Michael Jackson’s Thriller, skeletons, animated tombs and a lot of pyro as the Sheffield fighter made his way to the ring. Truthfully, Prince Naseem could have occupied every single place on this list - he did once ride a magic carpet into the ring after all - but this one must have cost half of Nas’ purse to finance!

Mayweather is no stranger to an eye-catching ring walk, turning up to his 2007 megafight with Oscar De La Hoya adorned in Mexican-themed shorts and a giant sombrero for example, but he really went all out for his 2005 bout with Arturo Gatti. For this fight, Mayweather was carried into the ring on a throne by four blokes dressed as Roman Centurions as Queen’s Another One Bites The Dust plays alongside them. Hate him or love him - this was Floyd Mayweather at his absolute cockiest.

The song choice proved to be an accurate one. Before the fight, Mayweather ridiculed Gatti relentlessly as little more than a “C plus fighter” and by the time the Canadian was forced to retire to his stool in the sixth round after a battering from Mayweather, he decidedly looked like an F fighter.

Mike Tyson is undoubtedly the most intimidating fighter to ever grace the ring. So terrifying was he that he often claimed that if another fighter broke off eye-contact with him during the referee’s pre-fight instructions, they’d already lost.

So imagine what was going through poor Michael Spinks’ head in 1988 when ‘the Baddest Man on the Planet” began to make his way to the ring for their heavyweight unification match, not to music, but to the screeching, droning and clanging of industrial noise and buzz. It’s certainly not the catchiest tune on this list, and we doubt you’ll rush to Spotify to listen to it, but it did the job - Spinks was visibly terrified of Tyson before the opening bell had even been heard. He lasted just 91 seconds.