Is it time to play the Wildcard chip?

We take a look at four cheaper strikers who made a statement this weekend despite being written off by many managers.

The question is, who do we transfer in?

The forward registered his first goal for the West Midlands club, claiming all three bonus points and cementing a nine-point haul.

With a Man of the Match performance combined with Villa’s juicy up and coming fixtures, the club record signing a tasty pick.

Selected by 1.6% of teams, Wesley will most certainly be a standout differential.

After scoring his first two goals of the season in a victory over Norwich, Tammy Abraham will be flooding with confidence.

The England U21 international hit two shots on target in the entire game, both resulting in two well-taken goals, demonstrating how clinical the forward is.

With Chelsea’s No.9 position still in question, Abraham has definitely made a case for himself and looks likely to be Frank Lampard’s first choice. 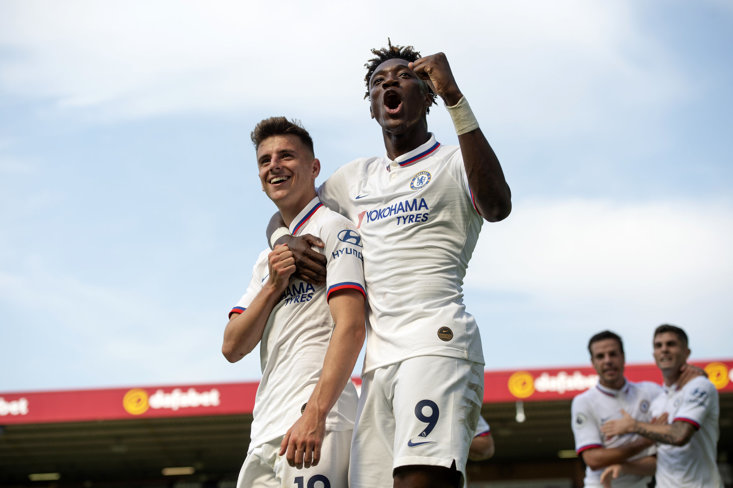 Since arriving this summer, West Ham’s record signing Sébastien Haller had made a slow start to life in the Premier League.

Following a Man of the Match performance along with a brace, the Frenchman has been transferred in over 70,000 times since The Hammers’ victory against Watford on Saturday.

Including Andriy Yarmolenko, Manuel Lanzini and Felipe Anderson in support, we expect the 25-year-old to increase his tally providing a good run of fixtures coming up.

Thanks to Newcastle’s new £40m man, the Magpies have secured their first points of the campaign during a surprise victory against Tottenham.

The most impressive aspect of Joelinton’s game was his ability to hold-up play and find teammates running into space, demonstrating his potential to create chances and register assists on top.

Scoring his first goal for the club will lift a huge weight off the Brazilian’s shoulders and he will be gleaming with confidence following the outcome of the result.