Premier League football and FPL Bottom Line is finally back! Ahead of the commencing 2019/20 season, we’re picking out players to star in the opening gameweek and we’ll attempt to predict the best summer signing for the entire campaign.

Be warned, the Gameweek 1 deadline is at 7:00 pm on Friday 9th August.

Here are our pointers for GW1.

Since the departure of Tom Heaton, it looks as though Nick Pope and Joe Hart will be battling it out for a starting position at Burnley.

Pope appears the favourite and looks a good value alternative goalkeeper. Before suffering a shoulder injury that ruled him out for the majority of last season, the shot-stopper endured a fantastic campaign with the Clarets.

During his 2017/18 season, the goalkeeper stepped up to produce 12 clean sheets in 35 appearances, conceding just 35 goals which subsequently lead to the club’s greatest ever Premier League finish.

Seven of the Englishman’s 12 clean sheets during that 2017/18 campaign were earned at home, which is where Sean Dyche’s side will host Southampton this weekend.

Away from home the Saints don’t display the best of goal scoring records, having only produced eight league goals on their travels in 2019.

Fingers crossed it won’t be a busy day for the Pope on his Premier League return.

Since the turn of the millennium, Liverpool have never fallen to defeat against Norwich City.

Against newly promoted teams last season, Jurgen Klopp’s side won six from six against Wolves, Cardiff and Fulham - only conceding two goals in the process.

Therefore we’ve backed the talented Trent Alexander-Arnold for a successful start against the Canaries.

Furthermore, the Englishman documented the highest Points Per Match total amongst defenders in the league last time out.

Trent Alexander-Arnold only finished with 28 points less than fellow teammate Andy Robertson (who finished top points scorer for defenders), even though he played 756 minutes less than the Scotsman.

Although Daniel Farke’s side promote a solid goal scoring record from the Championship last season, it’s tough to judge how they will fare against the European Champions who kept 21 clean sheets last campaign and conceded the least amount of goals in the league. 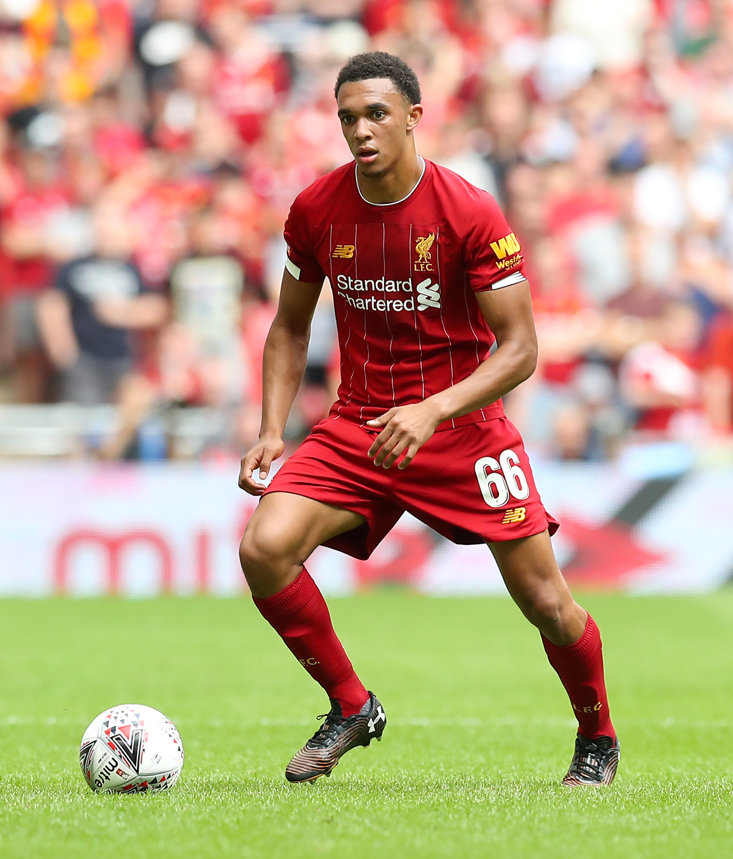 Could this be the breakthrough season for Tottenham Hotspur’s Kyle Walker-Peters?

Kieran Trippier has moved to Atlético Madrid, Juan Foyth is suspended (though also ruled out through injury) and Serge Aurier has just returned to training having also suffered an injury, subsequently missing the entirety of pre-season.

Therefore it looks as though Walker-Peters is ready to step up.

The 22-year-old full-back showed glimpses of what he can offer last season having registered three assists in a single game against Bournemouth.

The Englishman only recorded 374 minutes in the Premier League last campaign but still acquired 4.7 Points Per Match, ranking 9th overall out of defenders, ahead of the likes of Trippier, Aurier and Foyth.

Spurs’ opening fixture is against freshly promoted Aston Villa, a side who have lost their top goalscorer from the closing season, Tammy Abraham.

Abraham has since returned to his parent club, but was responsible for firing in 26 of the club’s 82 league goals and will be missed for sure. Without his involvement, the club would have never achieved the rise back to the top flight.

Villa have recruited a replacement in Wesley Moraes, but it’s hard to predict how the 22-year-old will adapt to the Premier League.

Last season, Ryan Fraser finished as the 5th top points scorer out of midfielders who currently participate in the Premier League, one point behind Everton’s Gylfi Sigurdsson.

Moreover, the 5 ft 4 winger surprisingly produced the most big chances in the league last season. 10 more than his nearest challenger, Eden Hazard, who has since departed for Real Madrid priced at €100million.

Priced at £7.5m, he will certainly free up extra funds to utilise in other departments. Secondly, to tempt you further, Bournemouth have an attractive array of opening fixtures. The Cherries only challenge two of last season’s top six teams during their first 10 games.

Fraser also played the joint second most amount of minutes during pre-season, providing two goals and one assist.

Eddie Howe’s side will face-off against newly-promoted Sheffield United, who may be sluggish during their opening campaign as they adapt to the heady heights of top flight football.

As boring and obvious as it is, we’ve gone for the main man himself, Mohamed Salah.

Sadio Mané returned late to pre-season training following the AFCON and there is some doubt in the guarantee of the Senegalese international starting Gameweek 1, making the Egyptian King the stand out candidate.

Against Manchester City in the Community Shield, Salah looked energetic, strong and hungry for goals. He should have scored and came close on multiple occasions, it’s only a matter of time before he starts firing them in.

Despite claiming the Championship title last season, Norwich City were leaky in defence, the side even conceded five more goals than a Stoke City side that finished 16th.

If previous fixtures between Liverpool and Norwich are anything to go by, this looks set for another high scoring competition. In the last six games between the two clubs, the Reds have bagged an incredible five goals on four separate occasions.

Salah looks favourite for the captaincy armband for the majority, as he aims to make it three successive seasons as the Premier League Fantasy Football top points scorer.

A bit of an alternative angle here in New Zealand's Chris Wood.

Although pre-season isn’t much to go by, the Burnley forward has been in sensational form, picking up nine goals (more than any other of FPL player) and one assist in 426 minutes - producing a goal or an assist every 43 minutes.

Away from home under Ralph Hasenhüttl in the Premier League, Southampton don’t possess the best of records.

The Saints have played 12 under the Austrian, winning three. These came against two of last season’s relegated sides and only produced two clean sheets.

Signing of the Summer

Leicester City have pulled off a sublime bit of business this summer after permanently signing Youri Tielemans, following an impressive loan spell.

Brendan Rodgers secured the 22-year-old’s signature, fending off stiff competition from the likes of Manchester United and Tottenham Hotspur for a club record £35million fee.

Tielemans made 13 appearances for the Foxes last season and provided three goals and five assists during his loan. The Belgium midfielder played 1092 minutes, recording a goal or an assist every 137 minutes whilst acquiring a 4.8 Points Per Match total; the second-best score behind Jamie Vardy in the Leicester squad.

Rodgers will be targeting a Europa League finish and Tielemans looks set to play a pivotal role. He’s already started his account up and running in pre-season with a goal and an assist.

Best of luck ahead of the 2019/20 Premier League Fantasy Football season.