Hearing the cry of ‘Women and children first!’ could understandably take you to that freezing Atlantic night in April 1912, as the magnificent ‘unsinkable’ passenger liner hit an unfortunate iceberg and, well, sunk. Maybe you’ll even get all misty-eyed about poor Jack dropping down to the depths of the ocean. But far from being a disaster of literal Titanic-proportions, almost a century later, ‘Women and children first!’ finally became a phrase to be connoted with a triumph for diversity, and arrived from the most unlikely of places.

The Süper Lig champions Fenerbahçe are contesting a friendly match with Ukraine's Shakhtar Donetsk at Istanbul’s Şükrü Saracoğlu Stadium. It remains goalless after the hour mark, both teams likely tired from the previous respective campaigns, and tentative in preparation for the next. Then, from amidst the home section, two spectators intrude onto the pitch. It quickly becomes clear they’re not looking for autographs. They’re wearing t-shirts imprinted with the picture of Fenerbahce president Aziz Yıldırım, the man who was amongst 30 people charged and jailed earlier that month as part of a probe into match-fixing. Then, more fans run onto the pitch, some adorned in the same gear. Another, then another. Soon, dozens have entered the field of play. Fenerbahçe coach Aykut Kocaman tries to quell the situation but his efforts are futile. Even the press box is now being attacked, bottles, lighters and coins are being furiously thrown in the direction of every available journalist and photographer. 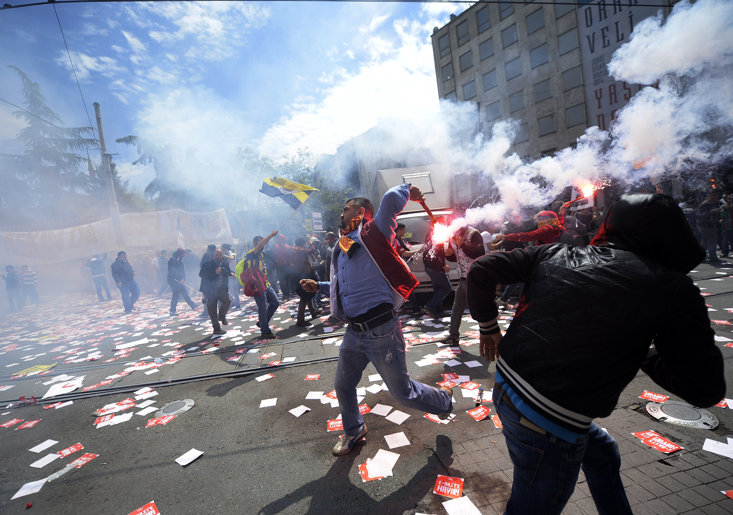 It is chaos, even for Turkish football. Hordes are arrested, but not before a giant poster of Yıldırım is unfurled in the deserted and decimated press box.

Shakhtar Donetsk, meanwhile, swiftly slink out of the stadium.

Violence has long been seen as endemic to football in the nation of Turkey. Referees pelted, pitch invasions and bloodshed are as associated with football in Turkey as goals and set-pieces. Sporadically, headlines can’t focus merely on the scoreline but are forced to deal with the altercations surrounding it: the champions being attacked with shotguns when they should have been celebrating the title in 2015, Leeds United visiting Galatasaray at the turn of the millennium, and losing two of their own, the sheer ferocity of the Istanbulian melting pot of Galatasaray, Fenerbahçe, Beşiktaş, and now Başakşehir in the mix.

The response to the fan actions that disrupted Fenerbahçe versus Shakhtar Donetsk would see the Turkish Football Federation (TFF) ban supporters from attending two games as punishment.

But not all supporters.

The football would be played, but without the overt, out-of-control testosterone from the sidelines, that had once again irrevocably damaged the game.

With the new season commencing, Fenerbahçe’s Turkish league game at home to Manisaspor, on September 20, 2011, would indeed still take place. But the 41,000 people in attendance would be entirely comprised of women and children. Fenerbahçe, ingeniously finding that silver lining from the dark clouds that had circled over the Şükrü Saracoğlu Stadium, would become the first club to pioneer a new sanctions code: clubs that would normally be ordered to play matches behind closed doors in the wake of crowd trouble would just instead simply exclude males over the age of 12, namely the predominant instigators of violence. 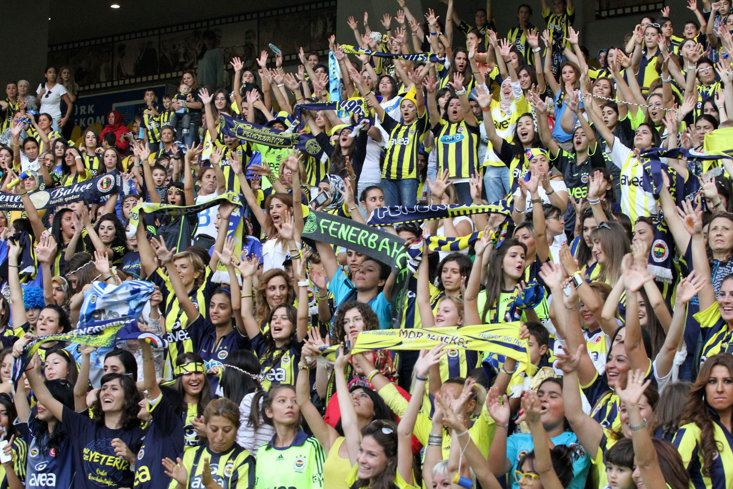 As the ultra supporters were forced to sulk at home, enter the women, girls and boys. Not only did they use the opportunity to brilliantly show they were up to the task of fuelling the Fenerbahçe atmosphere, provided with free tickets by the club, the mothers, sisters, aunties, grandmothers, and kids took their chance with gusto.

Before kick-off, players from both Fenerbahçe and Manisaspor tossed flowers at home fans who, in turn, greeted the visiting team with applause, before emulating the most ardent of supporters with the usual aggressive vocals.

"The same anthems and the same chants as usual were sung, the women knew all the words." Yasemin Mercil, a female member of Fenerbahçe’s executive board told The Guardian at the time, before declaring it, “A historic day. For the first time in the world, only women and children watched a game."

Former Everton defender Joseph Yobo, who was on loan at the club, was also appreciative of his new found fanbase, that had previously been hidden in that cauldron of a toxic masculine society. "We have to thank the ladies for coming to support us. It's difficult to play without fans,” Yobo said, with Fenerbahçe vice-president Ali Koc concurring to CNN's Pedro Pinto, "This atmosphere was one of a kind and historic in the sense of Turkish football, as well as international football. The women of Fenerbahçe sports club have shown us what they can do for their club, what they can do for Turkish football, and I think this was an event that was exemplary for sports. 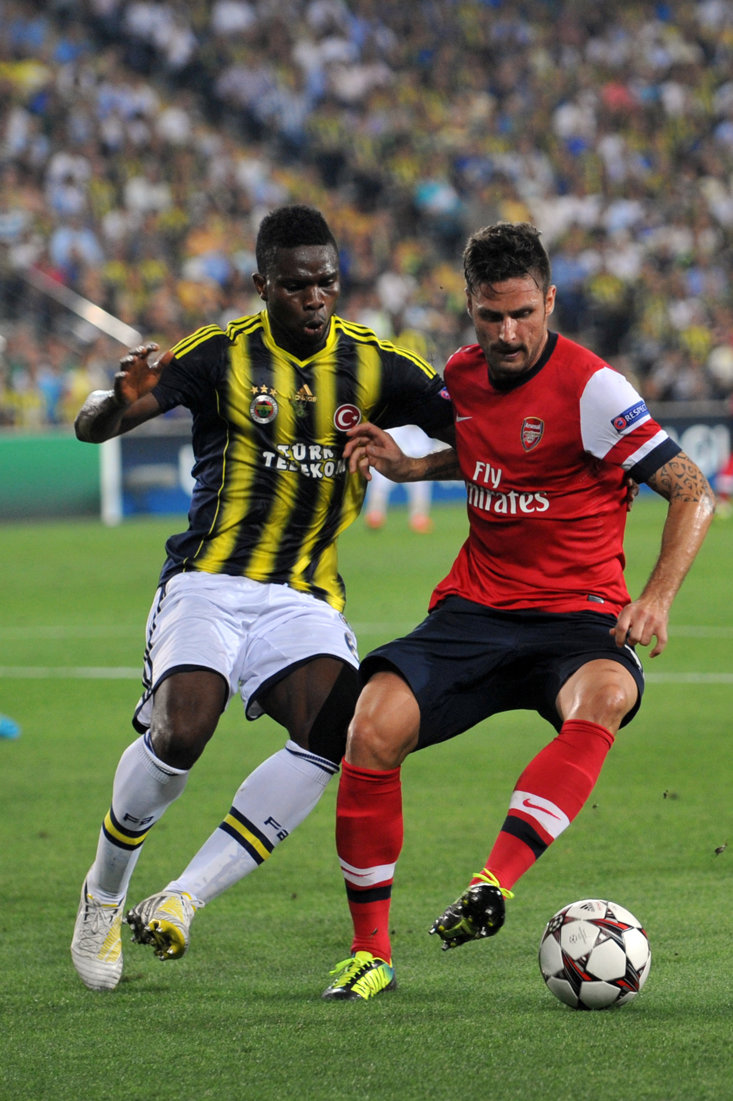 “The fans have gone beyond the call of duty to embrace the club and fight for the rights of the club."

It had become the highest female attendance at a men's match in the history of world football. Babies adorned with club colours, throngs of all-female queues lining up around the stadium and in the stalls, the majority in full-voice.

The only downside? The game ended in a 1-1 stalemate.

"We're disappointed we couldn't send the ladies home with a victory,” said a buoyant and not the least dispirited Koc, as once again it was proven whatever men can do, the women can most surely do better, if given the chance.