As he sat there on bended knees in the middle of the aisle, the beads of sweat rolling down his forehead becoming ever more frequent, he clasped his hands tight and muttered to himself a prayer. Why the hell had he agreed to get on the plane?

Getting agreement, from the virtually unknown 18-year-old amateur boxer, in the first place was no small feat. At this point in his blossoming career, the fighter had only travelled by train or via his trainer’s station wagon - why couldn’t he do it again this time? A boat perhaps? It took a full four hours to convince the naive youngster that, should he want to compete in the 1960 Olympic Games in Rome, he would have to fly. So, with a parachute he’d purchased from an army surplus store strapped to his back, Cassius Clay was heading to Italy.

Always the showman, you would never have known the young man who touched down in the Eternal City was the same one who’d been praying for his life hours earlier. He’d faced his fear and knocked it clean out. And now he was ready to perform on the world stage, inside and outside the ring. Clay, later Muhammad Ali, quickly became the beating heart of the commune of athletes who’d arrived in Rome from every corner of the globe. 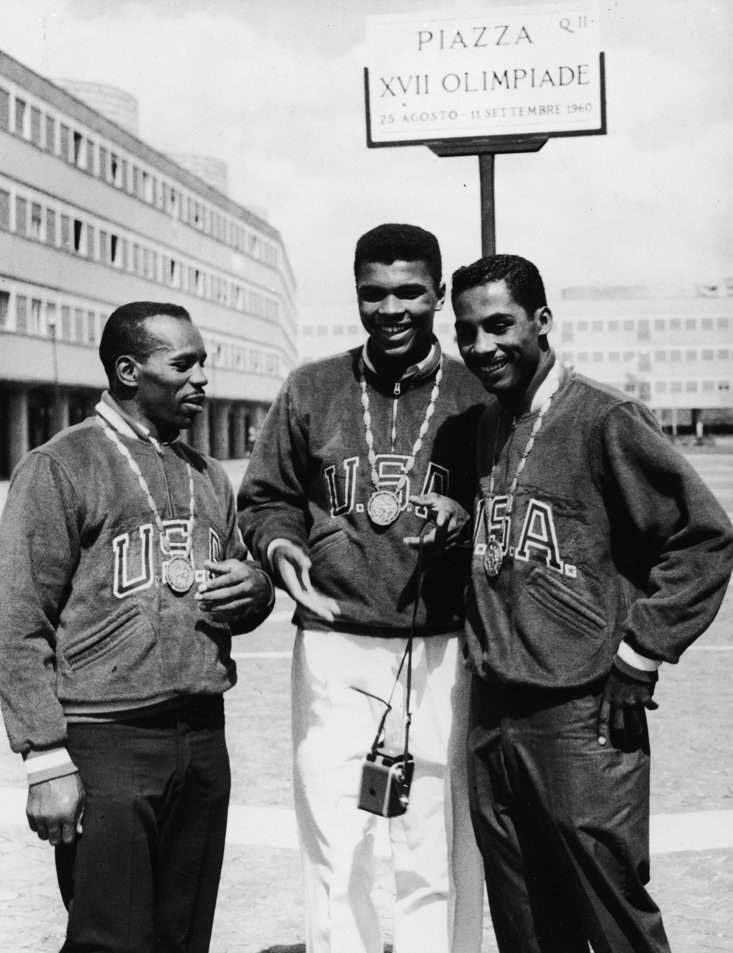 He developed a reputation around the Olympic Village, and was often compared to a politician in the way he would go out, meet people and shake their hands. He would then boast about how he would become the greatest heavyweight the world had ever seen. "I'm a man of destiny," he declared. "I'm gonna win the heavyweight championship of the world, earn a million dollars and get me a chauffeur-driven, tomato-red Cadillac with a built-in hi-fi, television and telephones." He earned the moniker of ‘Mayor of Olympic Village,’ such was his popularity among other athletes.

Cassius Clay the personality was beginning to shine through, but Cassius Clay the fighter still had people to win over, particularly members of the press. With 100 wins from 108 fights, and two consecutive Golden Glove titles in 1959 and 1960, Clay was clearly an exceptional amateur. But his illusive fighting-style was considered unorthodox and although it was entertaining for the fans looking on, the veterans among the boxing press were horrified by Clay’s fluidity as he bobbed, weaved and made his opponents miss. Their heroes had been hard-hitting sluggers like Rocky Marciano and Joe Louis - these were proper heavyweights to them, Clay was merely a ballet dancer. Not for the last time in his glittering career, he proved them wrong.

He blitzed his first opponent, Belgium's Yvon Becaus, in two rounds before claiming a unanimous points win over 1956 middleweight gold medallist, Russia's Gennadiy Shatkov and then, in the semi-final, beat the Australian Tony Madigan with another unanimous points decision. Poland's highly-talented Zbiegniew Pietrzykowski was all that stood between Clay and the light-heavyweight gold medal. Pietrzykowski, who had bags of amateur experience himself and would go on to compete at the Tokyo Games fours later also, caused Clay some trouble in the first round of the bout, with a southpaw-style seemingly confusing his American opponent. The Louisville Lip would recover in the second round but was still behind on points going into third and needed a big final round. He battered the Pole throughout and was tantalisingly close to scoring the knockout. He didn't need it.

Clay was crowned the light-heavyweight Olympic gold medallist. His shuffling in the ring as an amateur, and then later as a professional, wouldn’t earn the respect of the boxing purists who lambasted it in Rome overnight, but with the gold medal draped around his neck, even they could not deny his quality.

While the Rome Olympic Games laid the foundations for the eventual Muhammad Ali, we all know it was in the aftermath that made him one of the most important social icons, not just of the 1960s, but of all time. 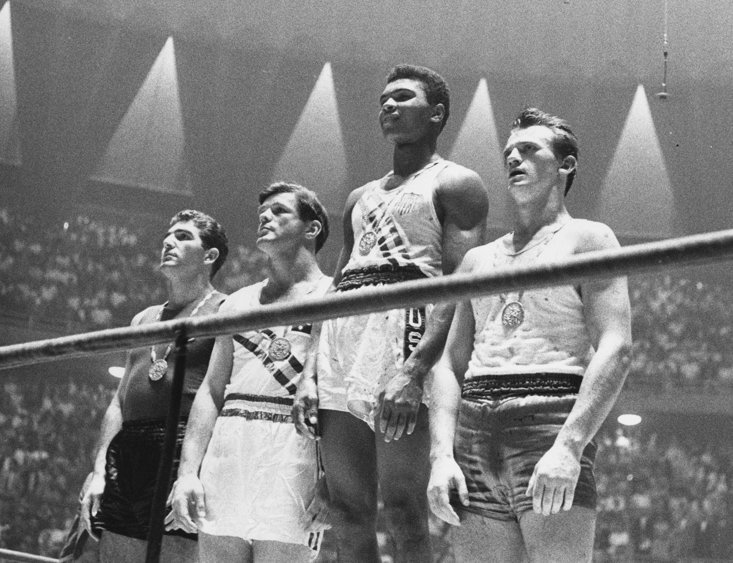 When he returned home to Louisville after his Olympic triumph, he probably expected a hero’s welcome. Sadly, segregation and racism still had roots deep within Kentucky and when Clay entered a local restaurant, he was promptly turned away because of the colour of his skin. Legend has it that the future heavyweight great, angrily headed to the Second Street Bridge, tore the medal from his neck and threw it into the Ohio River.

The story of the medal in the river has since been debunked as false (he was believed to have loved it far too much) but Clay’s unwelcome arrival home was certainly true, and it would have a profound impact on his first decade as a professional boxer. From his allegiance with the Nation of Islam and his subsequent name change, to becoming the face of social justice in the USA in the wake of the Vietnam War.

He didn’t know it at the time, with the beads of sweat dripping down his forehead, his hands clasped in prayer and a parachute on his back, but getting on that plane to Rome, to compete in the Olympic Games, was the most important decision he ever made. Cassius Clay stood up to his fear and did the right thing. It wouldn't be the last time.