When the World Cup trophy was stolen in London on 20 March 1966, it threatened to plunge the most famous sporting tournament on the planet into chaos. It was eventually discovered by a pooch called Pickles, and the whole episode has gone down in football folklore.

But this was not the first nor the last time that silverware had gone missing, with the list of mishaps, misdemeanours and thefts reading like a crime novel as some of the most iconic symbols of sporting success seemingly vanished into thin air.

So here is a look at the times when temptation got the better of those who’d always wanted to get their hands on the most glittering prizes in sport.

The disappearance of the Jules Rimet Trophy in March 1966 would jeopardise what would eventually become the greatest moment in the history of English football and might just explain why the World Cup hasn’t returned to the country since.

The trophy was being housed in a glass case at the Methodist Central Hall in London in the build-up to that summer’s tournament, but for some inexplicable reason the security guard on duty had been given the day off and when the cabinet was inspected later that afternoon its valuable contents had gone.

A huge police investigation followed, and a replica trophy was ordered in case the original was never found, but just a week later an unlikely hero emerged as the trophy was discovered by a dog called Pickles on a South London pavement. Three months later, Bobby Moore was hoisting the valuable find at Wembley. All’s well that ends well. 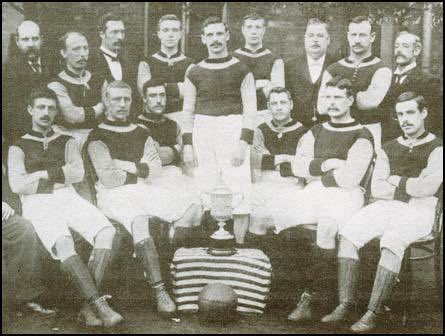 In September 1895, following Aston Villa's victory over West Bromwich Albion in the final, the original FA Cup was taken from the window of William Shillcock's football equipment shop in Birmingham where the winners had put it proudly on display.

The cup was never recovered and Villa were fined £25 for their carelessness, despite having insured the trophy for £200. The Football Association were forced to commission a new piece of silverware for the winners of the oldest knockout tournament in football, with another new cup made in the current design being introduced in 1911.

The mystery was solved in 1958 though, when 83-year old Harry Burge, a one-time petty thief in the Birmingham area, claimed that he had stolen the trophy and melted it down to make fake coins. Ironic, really, at a time when many are saying the FA Cup has lost its value.

Not content with losing the FA Cup in 1895, almost a century later Aston Villa were the culprits again when they misplaced probably one of the biggest and most recognisable pieces of silverware in sport.

Having won the European Cup in 1982 by beating Bayern Munich, a number of the team decided to take the trophy on an impromptu tour of Midlands pubs, only for ‘Ol’ big ears’ to be taken from the Fox Inn near Tamworth as Villa’s players were busy partaking in a game of darts with some of the locals.

“All I can remember is dread, and trying to block it out as if it didn't really happen," explained Villa’s Colin Gibson some years later. The cup eventually turned up at a police station in Sheffield a few days later, at which point police officers apparently engaged in a kick-about before the victors paraded the trophy around the courtyard. 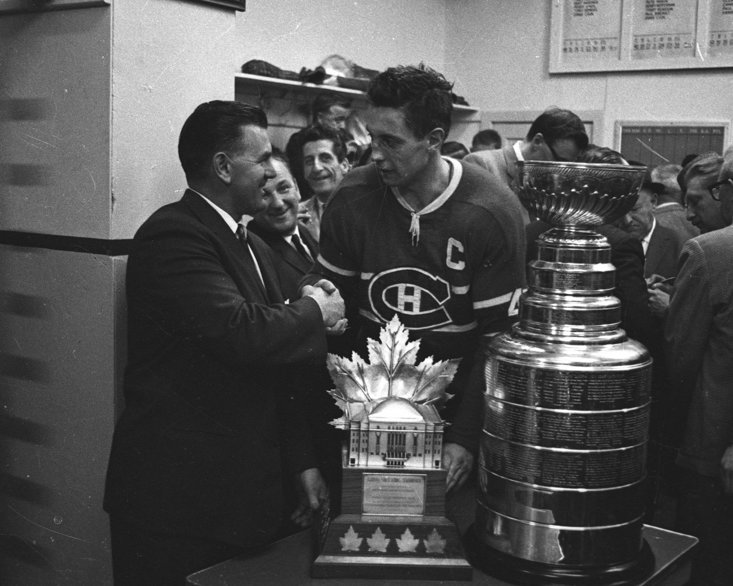 The Stanley Cup was stolen from hockey’s Hall of Fame in Toronto in December 1970, along with the Bill Masterton Trophy and the Conn Smythe Trophy. It was eventually abandoned on a police officer’s driveway and returned to its rightful home but, incredibly, this was not the first time the outsized trophy had gone missing.

In January 1905, players from the Ottawa Hockey Club kicked the cup into the city’s frozen Rideau Canal after a night of celebration, while in 1907 the victorious Montreal Wanderers left it at a photographer’s house following their win over the New Glasgow Cubs.

Meanwhile, during the 1962 playoffs, a disgruntled Montreal Canadiens fan, who was apprehended after casually removing the trophy from the lobby of the Chicago Blackhawks’ stadium, allegedly told police: “I want to take it back where it belongs. To Montreal.”

Whether the Uefa Cup was stolen or borrowed remains up for debate but it certainly fell into the wrong hands when a prank backfired in 2000, some nine years before the tournament was rebranded as the Europa League.

PSV had won the cup with victory over Bastia in 1978 and it had sat proudly in the club’s trophy room for over 30 years before being liberated by actor and comedian Theo Maassen, who thought it would be fun to take the trophy while filming a TV series at the Philips Stadion.

Nobody knows if it was a guilty conscience or the fear of getting caught that forced Massen into an on-air confession 12 months later. Either way, the club didn’t see the funny side and the joker ended up being sentenced to several hours of community service for his stunt.