Matt Gordon enjoys PlayStation with Liverpool’s Trent Alexander-Arnold, holidays with rising football star Jadon Sancho, and has stood firmly by England midfielder Alex Oxlade-Chamberlain’s side during the highs and lows of his career. But Gordon isn’t a team-mate, he’s not even a fellow football star. Instead, he’s a renowned photographer to the rich and famous, getting a first-hand glimpse of the Premier League lifestyle from behind the lens.

Travelling the world is a perk of the job, with Dubai, Madrid, Los Angeles, Ibiza all ticked off, but to Gordon, this isn’t a job. This is a passion and a hobby which turned into a career, with a little hand from his best friend, Oxlade-Chamberlain.

“It definitely helped being friends with Alex,” he laughs as he chats to The Sportsman.The pair met at the age of 12, and have been extremely close ever since. They went on to live together in London, after Oxlade-Chamberlain moved to Arsenal from Southampton.

While Gordon was studying at university, his footballer friend made a generous gesture which, unbeknown to him at the time, would go on to shape his entire professional career. A career that has led to him working with Real Madrid for a kit launch, and doing a shoot with Barcelona star Lionel Messi. Fun fact for you - the Argentine maestro brought his own personal director along! To remember the day, the photographer has an image of himself pretending to play chess with Messi. A genuine keepsake.

“I moved in with Chambo and he bought me my first camera.,” Gordon recalls fondly. “I’ve got a lot to thank Alex for. It was expensive, the original 5D with all the bells and whistles. It cost a couple of grand and I was only a uni student so it definitely set me on my way.” 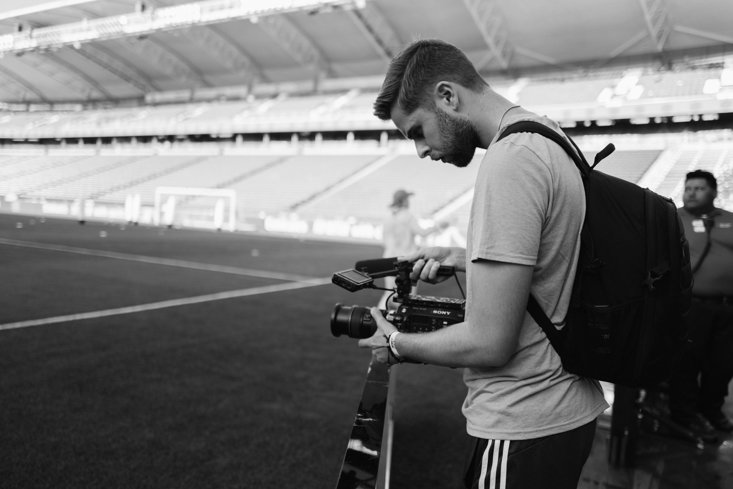 Getting to know the Arsenal team during those early years in the capital, he reveals he lived “a pretty nuts, double life” during his uni days - a student in the day before going out with the Gunners socially in the night. From there, Gordon started snapping fashionista full-back Hector Bellerin and before he knew it, work snowballed.

“The hardest thing for any photographer is getting people to see your work,” he says. “Photographing Alex and Hector meant people were seeing my work and I got lots of eyes on it.

“I then started working with brands and really taking it seriously, working with adidas, Puma and Nike. Then Dele Alli’s brother reached out to me, they were after someone to take some shots.”

Since then, Tottenham midfielder Alli has become a close friend, as have a host of other well-known names. Gordon is pals with the likes of Dortmund star Sancho and Liverpool hotshot Alexander-Arnold, and says such relationships help him take the best photographs.

“That’s the most enjoyable part for me, there’s an instant trust and rapport. I’ve been lucky,” he admits.

“I first met Jadon in Los Angeles with Dele as they’re pretty close. We went to Dubai on Boxing Day last year and he is one of the nicest lads, a real good guy, I’ve got a lot of time for him.

“I usually take lifestyle pictures rather than action shots but we were in Ibiza and Jadon was doing some pitch work and seeing him really up close, how powerful and accurate he is, it’s unbelievable! There’s something about those types of players, they are the hardest working people and have such dedication to their craft.” 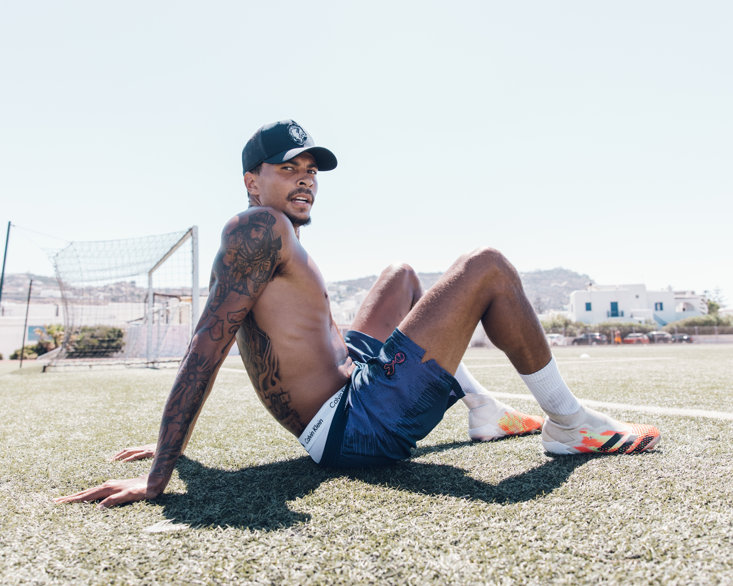 But it’s not just the highs he’d been privileged enough to capture. He was able to document Oxlade-Chamberlain’s recovery from a serious knee injury which kept him out for 12 months across 2018 and 2019. Taking photos of his pal watching his team-mates playing in the Champions League, as well as shots of his rehabilitation, offered a unique look into a footballer battling a serious injury.

“I try to capture the moments that people might not always see, or a part in time that’s important,” he says.

Other opportunities have often come around through chance, he first met defender Alexander-Arnold for a kickabout in his garden.

“With Trent, we did some shots in LA,” he says. “Myself and Alex went round to play two touch in his garden, and obviously I take my camera everywhere I go, and so I said I’d get some snaps of him while we were chilling. 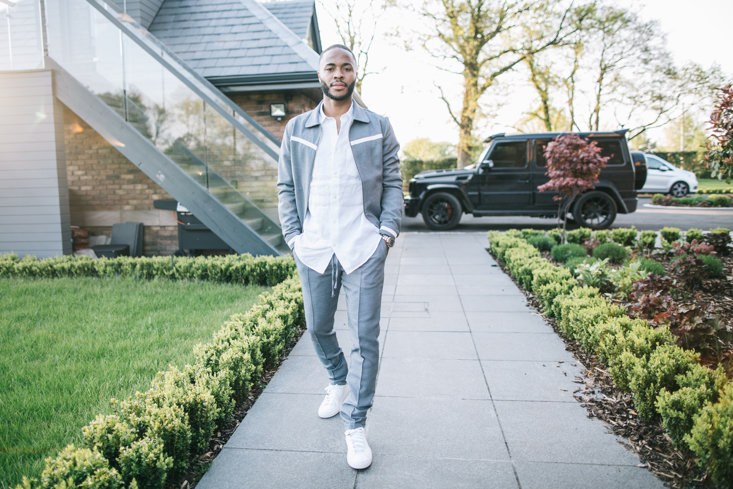 Soon, he was another one of the lads, “I consider Trent a really good friend of mine. During lockdown we all started playing F1 on the PlayStation. Every Friday, we’d have the headsets on and we’d do the Grand Prix, 13 or so of us on the grid. It was a great help during lockdown, we’d really look forward to it every weekend.”

Just like mates hanging out and taking selfies, it’s all part of the modern footballer brand.

“They do want pictures for their Instagram,” he revealed. “I’ve noticed, in the past, only if they were playing unbelievably would they share pictures. Now, it’s just an extension of being a modern day footballer.”

For others, it’s much more personal. After Raheem Sterling lifted the Premier League with Manchester City for the first time, he wanted some personal shots to remember forever so gave Gordon a call.

“He got hold of me and said, ‘We’ll win the league today and I’m going to get a medal, so we’ll shoot after, so I have something to remember, memories for when I'm older.’ And we got some great shots,” he says.

Just one of the many magical moments Matt Gordon has been lucky enough to capture. A privileged life behind the lens.