United States teammates Bryson DeChambeau and Brooks Koepka are reportedly looking to squash their long-standing feud ahead of the start of the Ryder Cup on Friday. The pair have exchanged barbs in social media and during interviews, leading to US captain Steve Stricker stepping in to bring an end to hostilities. Feuding teammates are nothing new in sport, here are some other examples of athletes who struggled to co-exist.

The former Manchester United and England teammates enjoyed their greatest successes together, both playing vital roles in the 1998/99 treble campaign. However, during 99 appearances together the pair only combined for 10 goals. The enmity between the pair began when Sheringham snubbed Cole as the latter came on as a substitute for his England debut.

Cole has told stories of Roy Keane separating the pair during a dressing-room bust-up, and despite sharing trophy-laden years together at Old Trafford they never spoke. Sheringham says the pair have reconciled in retirement, bringing this feud to a close.

Unlike some of the rivals on this list, the off-court discontent did not stop Bryant and ‘Shaq’ dovetailing well on it. The duo combined for three NBA Championships with the iconic Los Angeles Lakers side of the early-00s.

Despite the success, the rivalry boiled over as the players exchanged barbs in interviews. Bryant made fun of O’Neal’s weight, while ‘Shaq’ reportedly had some harsh words for his teammate during a pick-up game. Reportedly the rivalry had sparked from O’Neal wanting to take a “big brother” role to Kobe and the other young Lakers, and had seen his efforts rebuffed by Bryant.

O’Neal departed LA in 2004, and would face Kobe multiple times on the court in the years that followed. During a Christmas Day game between the Lakers and O’Neal’s Miami Heat, the players refused to shake hands with each other. When O’Neal retired in 2011, tensions between the pair cooled off significantly, with ‘Shaq even going as far as calling Bryant the greatest Laker of all-time.

When Kobe tragically passed away in a helicopter crash, Shaquille spoke lovingly at his funeral about their time together as teammates. 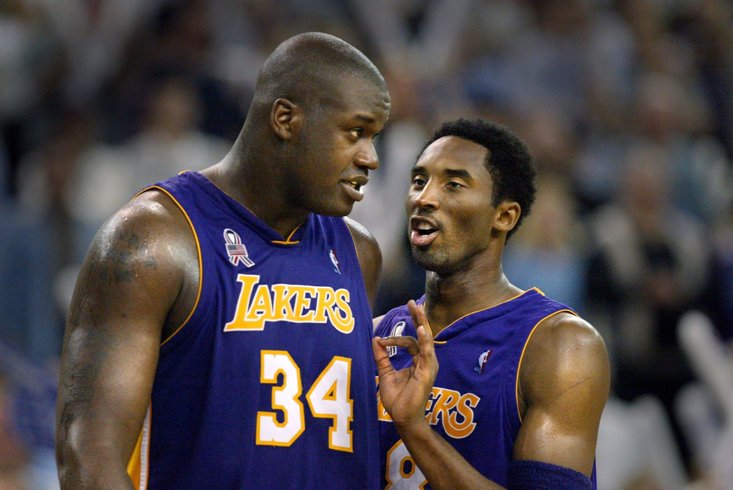 Alonso was the reigning world champion when Hamilton joined him at McClaren. The Spaniard would end up leaving the team after a number of high-profile incidents with his new teammate. The two clashed on and off the track, and rivals for both team and championship supremacy.

The pair were not on speaking terms by the time Alonso terminated his contract by mutual consent, finding the young Englishman impossible to work with. Hamilton came runner-up in the Drivers' Championship and never looked back, having won the first major battle he would face in Formula 1.

While the likes of Bryant-O’Neal and Alonso-Hamilton were built on a need for sporting supremacy, Bridge and Terry’s feud was more personal. They were former club teammates when Bridge’s girlfriend Vanessa Perroncel allegedly had an affair with John Terry, something she fervently denies.

They were also both current members of the England team at the time, and the allegations had an effect on both players. Terry was stripped of the captaincy by manager Fabio Capello, while Bridge would go on to retire from international duty.

San Francisco Giants stars Bonds and Kent were magic on the field, registering 83 home runs between them in 2002. Unfortunately, they could not stand each other. A pitchside fight broke out between the pair during a game, dubbed ‘The Slugout In The Dugout’. The pair insisted matters had been settled, but their relationship never recovered and Kent would move to the Houston Astros soon afterwards.