“So, out of anyone in the world, who would be your dream podcast guest?”

The immediacy of Andy Grant’s answer without missing a beat was suggestive of two things. Firstly, it was perhaps a ridiculously easy, possibly stupid, question from The Sportsman. The second was the implication of how much Liverpool Football Club and ergo his homeland means to the Royal Marine: both his own and his city’s Scouse sensibility has been a fundamental ingredient to his rehabilitation, recovery, and renaissance as a record-breaking athlete.

You’ll probably recognise Andy’s face, or you may have heard his voice, on one of his motivational engagements. But most likely, you’ll know about his right leg, or rather, lack of it.

Whilst serving in the military in Afghanistan in 2009, Andy was injured in a tripwire explosion. It eventually led to him making the decision to have his severely damaged right leg amputated. It had been almost two years of struggle in the pursuit of a full heal that would never come. Andy had spent all his time in and out of the Defence Medical Rehabilitation Centre before opting for the removal of the limb. It would be a decision that would eventually lead him on the path to setting a new world standard for running the 10 kilometres. 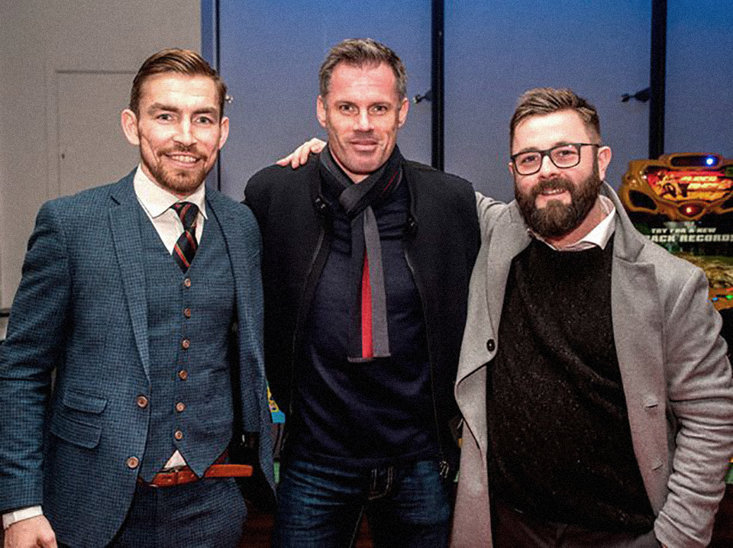 “I was in Germany on a training trip with a bunch of injured soldiers,” Andy explains, “I still had both of my legs, but the right was too badly damaged and I was just limping around. A friend of mine had lost his arm and his leg, the leg from above the knee. I asked him whether he would ever consider swapping his prosthetic leg for my real, albeit pretty f*cked, leg. He responded: ‘would I f*ck!’

“Mentally I just couldn’t move on. Some times were better than others, but I could ache all over, there would be infections, there would be seeping. I got fed up with living my life this way. I was in limbo. I needed to draw a line. And once it was done, it was done.”

Having already had LFC’s famous mantra ‘You’ll Never Walk Alone’ tattooed on a leg, Andy thought it apt to remove the last word from the inking. The decision shows that, as well as his being a frankly remarkable story of both trial and triumph, his is a success through strength of personality.

There were about six weeks to go before the then 20-year-old Andy was due home from Afghanistan when his life changed forever. The second man in a dawn patrol, the leader didn’t see a tripwire, attached to two bombs. It blew his friend away but all the shrapnel came Andy’s way.

“I ended up a lot more injured than he did. I suffered 27 separate injuries,” Andy recounts. “I remember falling back. I wasn’t in any pain to start with but just started screaming straight away to grab attention, to make enough noise so the other Marines knew where I was. Ten minutes after that is where the pain kicked in.

“In the right thigh I had severed my femoral artery, from which you can bleed to death within six minutes. It looked as if someone had taken an ice cream scoop to my leg. And then the 10 minutes after that is when I was close to death. I was cold, I was sleepy, the lads kept asking me to talk, until we heard the sounds of the two rotor blades of the chinook helicopter.” 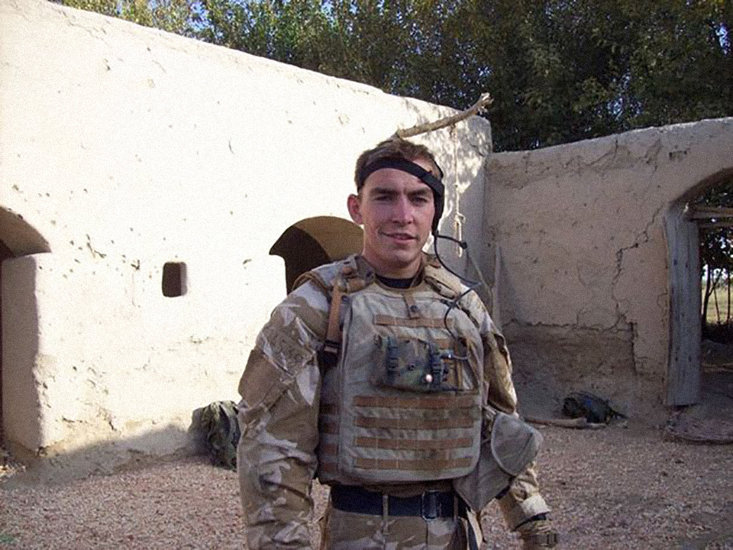 GRANT DURING SERVICE IN AFGHANISTAN

Andy had always been a fit and active guy, but soon after being saved it became apparent that his leg wasn’t going to heal the way he hoped and he decided to lose it. His drive into athletics, and running, out of all the disciplines, came as an escape from mental hardship from the fallout.

“Then the Invictus Games came along.”

A creation of Prince Harry, the inaugural Invictus Games in London in 2014 aimed to use the power of sport to inspire recovery, support rehabilitation and generate a wider understanding and respect for wounded, injured and sick servicemen and women.

“With me running with the dog, it prompted me to have a go,” explains Andy, “and I began to realise I was alright at it.”

He joined a running club, got himself a running coach, and started doing track sessions and speed sessions. Before he knew it his time was dropping and dropping. He participated in the inaugural Invicture Games and came away with two gold medals in 400m and 1,500m Men's Ambulant IT1.

“The Games give a lot of purpose to a lot of lads and operate as a massive springboard. You’re not in the military anymore but you realise that there is really still a lot of support to push you on. I saw it as a platform to build my profile and that drove me on to the world record.” 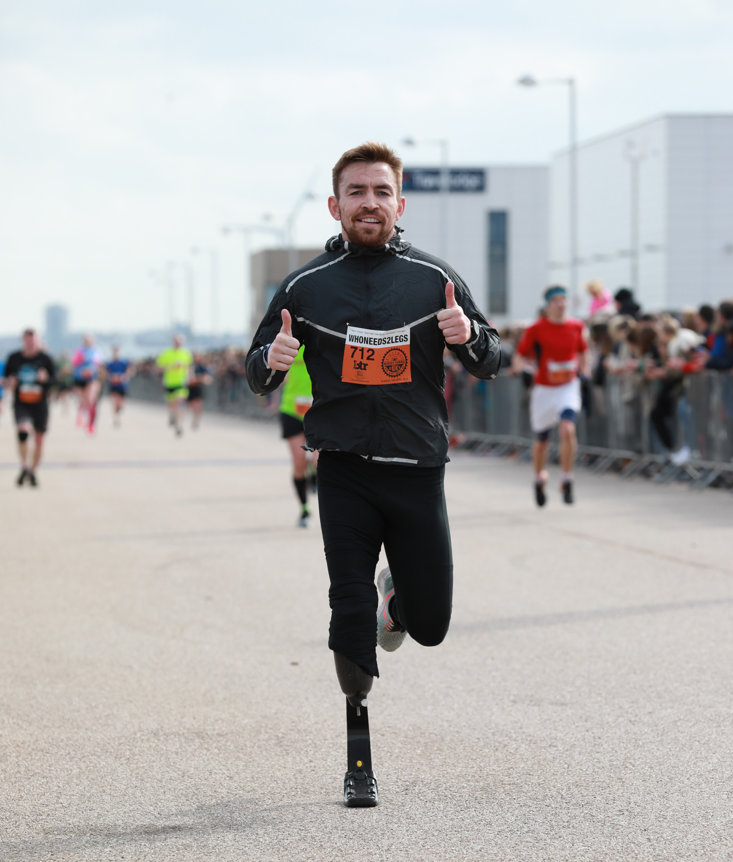 “I wish I knew how fast I could have been on two legs!” he laughs. “The best thing about that record isn’t the fact that I’m ‘the fastest disabled man’ or ‘the fastest man on one leg’, it’s when I speak to runners in general who go ‘that time is incredible!’”

Andy now works as a motivational speaker and runs his own show, ‘The Leg It Podcast’, having come to know some incredible people through his journey. With The Joe Rogan Experience being used as inspiration, Andy has interviewed a jaw-dropping array of fascinating people.

“I just thought to myself it would be a shame not to speak to these characters and help tell their stories. It started off in my living room, and 18 months on we’ve got our own studio with guests across the spectrum: celebrities, stuntwomen, hostage negotiators, undercover policemen, boxers, entrepreneurs.

“With the motivational speaking, it had slowly dawned on me that I could have a positive impact on people. It’s made it into the best job in the world.

“I think when you’ve been through traumatic experiences, it becomes very important to talk. The worst thing you can do is bottle it up. It’s not easy to in Liverpool. The friendliness and the support of the city and the humour of Scousers breaks that awkwardness of initial conversation.”