Football
Features
Jay Flynn's life has been turned around following the success of his lockdown quiz
Gary Quinn
18:00, 04 Nov 2020

Two years. 24 months. That’s how long Jay Flynn went without speaking to another human being. Sleeping rough on the streets of London, with only a portable radio for company, and surviving on a daily diet of custard creams, he was invisible.

Sport kept him going, kept him connected with the real world. He could listen to his beloved Tottenham Hotspur on his radio, could read about the latest games in the free newspapers strewn along Victoria Embankment, the place he called home.

He remembers the exact spot he was at when he smacked the lamppost in joy when Lewis Hamilton won his first F1 Championship. Such moments of comfort were fleeting and far between, but thanks to sport they were possible. And it would be sport - and football in particular - that would eventually save him from a life on the streets.

It’s 10 years since the 38-year-old last woke up on a wooden bench, as commuters made their way to work. Ten years since he was destitute and desperate. And the turnaround in his life is nothing short of miraculous. There’s no other word for it.

Because Jay Flynn is now a world record breaker, who has been honoured with an MBE from the Queen, and has been named in the FA’s Lionhearts squad, which pays homage to the Covid heroes who’ve gone above and beyond in these past few difficult months.

And he’s in fine company, other members of the squad include Captain Sir Tom Moore, the 100-year-old veteran who raised more than £32m for the NHS by walking in his garden, and fitness guru Joe Wicks, who got the nation moving through daily exercise classes online during the last lockdown. 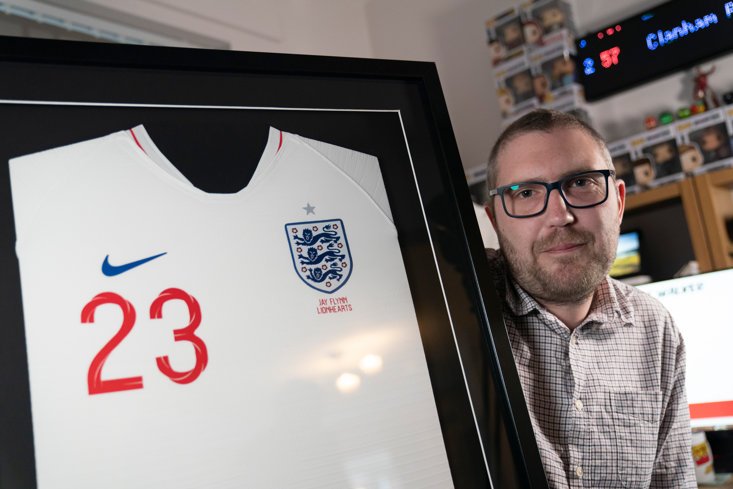 JAY WAS NAMED AS ONE OF THE FA'S LIONHEARTS

Jay raised over £750,000 for charity thanks to his virtual pub quiz, which he launched for friends and family back in March. A month later he entered the Guinness Book of Records after attracting 180,000 quiz goers, taking the pub quiz to a whole other level.

“Before lockdown I ran a pub and my favourite night was Thursday when I hosted the pub quiz,” Jay tell us, “so when it all shut down I decided to try and keep it going online. I had no idea that it would take off the way it did.”

And take off it did. By the time the first quiz went live during lockdown half a million people showed an interest via Facebook in taking part. As the interest grew, Jay decided it would be a good idea to use his growing platform to raise money for charity.

“I went through a really bad relationship breakdown over 10 years ago, my mental health suffered as a result and I ended up living on the streets for two years,” he says.

“I refused to ask for help, I was lost and became invisible in many ways. I didn’t have a conversation with another person for almost two years. But I was eventually discovered by the wonderful people at St Martins-in-the-Fields and they rescued me. Now was my time to give back.” 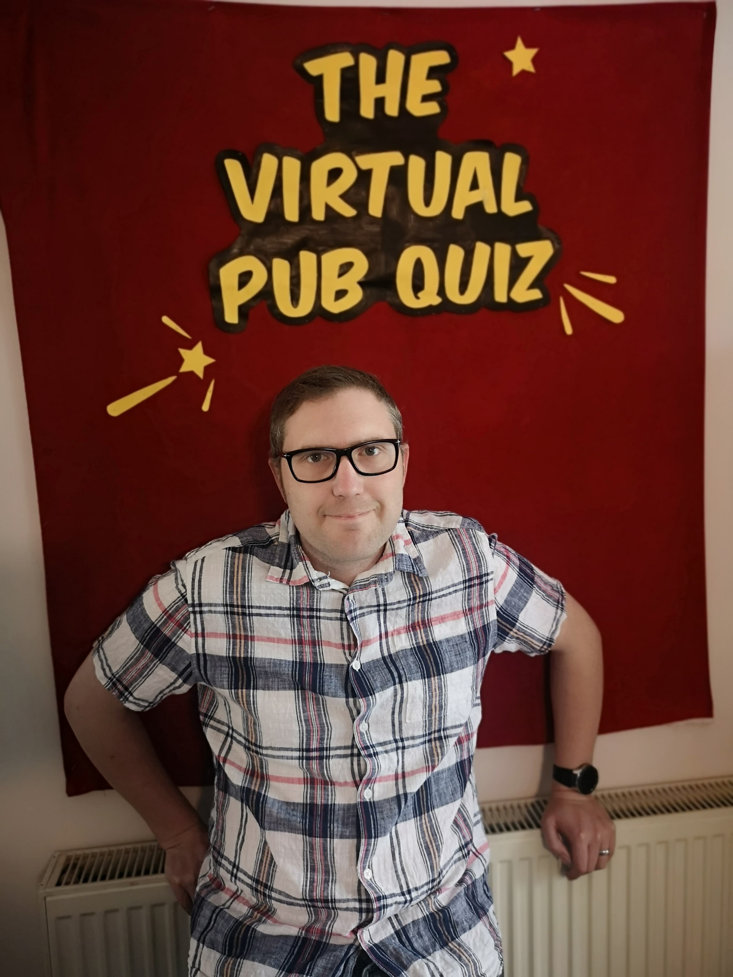 As the lockdown continued, so did the popularity of his virtual pub quiz. Pop stars including Gary Barlow and Maverick Sabre have performed on it, while Stephen Fry and Jonathan Ross have both hosted nights. And he was even given his own slot on Zoe Ball’s BBC Radio 2 breakfast show, hosting a shortened version of his quiz.

“I never thought I’d achieve anything in life, this was only set up for friends and family to begin with, so it’s been incredible to watch it grow. First there was the world record and the MBE from the Queen, I’m still in shock to be honest,” he says.

And then the FA came knocking, with an award that made Jay realise just how far he’d come in the last 10 years. 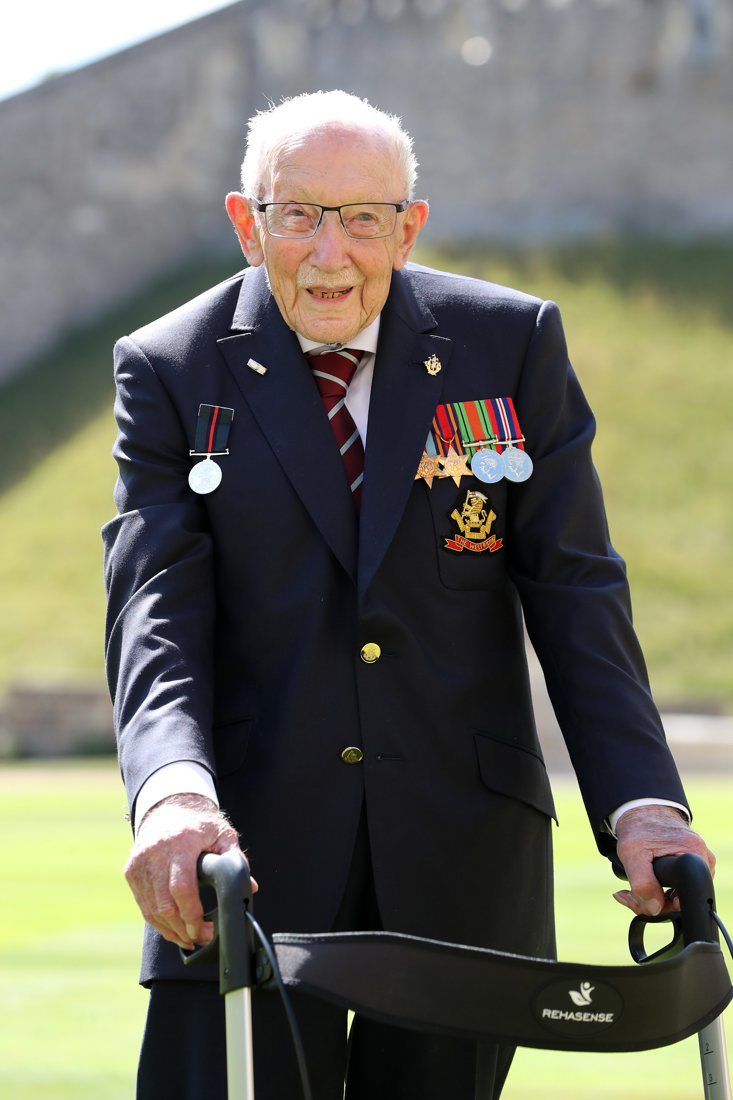 “To be honoured by the FA means so much,” he insists, “football has always been a big part of my life when I was younger. Never the most gifted, but I loved it. And when I lived on the streets it was football, and sport in general, that kept me going. I was still able to follow Spurs and that made me feel like I was leading a normal life, for a little while.

“But when I was rescued by St Martins, football would go on to play an even bigger and more important role in my life. I signed up to play every Friday and I started to find my voice again, I started to feel more focused and motivated again.

“It was a six-month process but, thanks to the discipline that football was giving me, I was able to fight my inner confidence and finally rebuild my life. So to be honoured and recognised by the Football Association is a truly wonderful and remarkable thing for me. It means so much. “And to be named in the squad alongside the likes of Captain Sir Tom and Joe Wicks is incredible, they are true heroes. I never thought this would happen to me, but we’ve been able to build an amazing community, bring a little joy to people’s lives, and raise much needed money for charity. Unbelievable.” 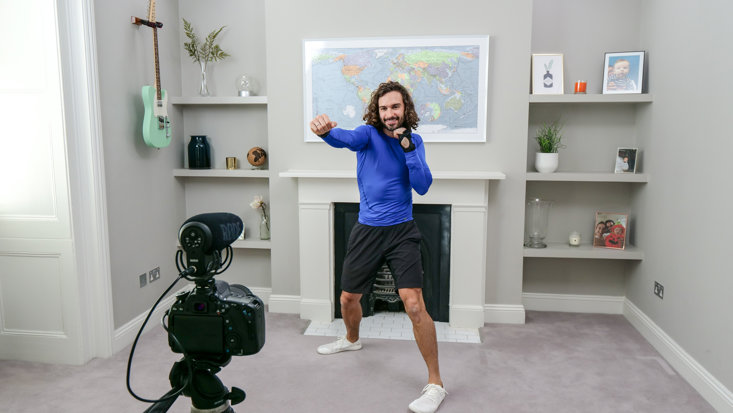 And Jay, the man who didn’t speak to another human being for two years when he lived on the streets, has no plans to hang up his mic any time soon. “I’m going to keep this going until there’s only one person left,” he says.