Bryson DeChambeau wolfed down huge breakfasts, countless steaks and endless protein shakes on his way to winning last week’s US Open with one of the most destructive displays seen on a golf course in years. He’s now being called everything from a ‘game-changer’ to ‘a beast’ by his fellow players thanks to his incredible regime which saw him add 40 pounds in a matter of months.

The result is a style that DeChambeau has labelled “bomb and gouge” in that he attempts to bomb the ball long and then gouge it to the green from wherever it lands off his tee shot. The US Open’s Winged Foot course ought to have been the kind of setting where DeChambeau would encounter most trouble with its narrow fairways and uncompromising rough. But it didn’t stop him winning by a massive six-stroke advantage.

DeChambeau might have done ok on the PGA Tour through his first few seasons as a pro, but the man they’ve now nicknamed ‘The Scientist’ put his mind – and his body – to work at the end of 2019, deciding that he needed to put on a whole heap of muscle in a bid to increase his swing speed and thus add some needed meterage to his drive. 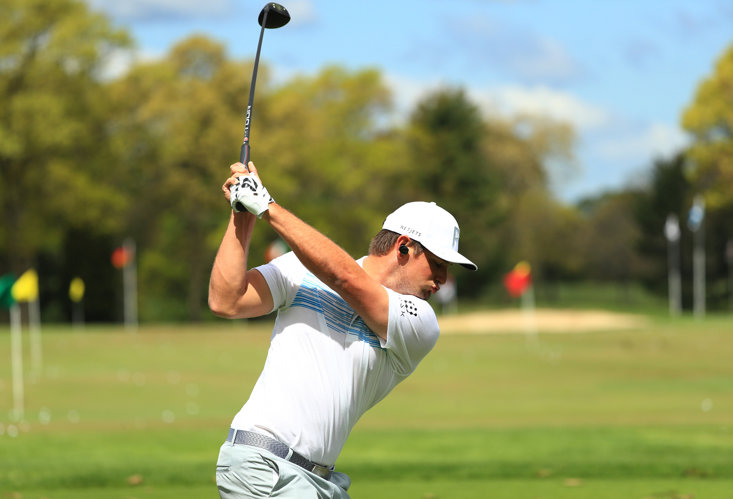 He came back for the start of play in 2020 with an extra 20 pounds of bulk thanks to an intense diet which included seven protein shakes per day, plus enough steak dinners and stacked bacon and egg breakfasts to make your eyes water. During lockdown, he stuck on 20 pounds more. The result of nearly three stone of added muscle? An incredibly imposing physique, majestic club-head speed and the longest average drive in golf at over 320 yards.

A lot of his competitors have been left gawping at the change, with Justin Rose failing miserably to follow DeChambeau’s lead. “The first word [to describe him]… Beast!” Rose told the PGA Tour website. “I really admire what Bryson’s done. Mass times acceleration equals power, so I get the equation of what he’s doing and it’s incredible to see.

“In the quarantine period when we were all away from the game for a few months I said ‘Right, I’m going to try to put on a few pounds of muscle, nothing crazy.’ I trained really, really hard for about six or seven weeks and put on, like, a pound. It was hard, so to put on 20, 30, 40, it’s definitely a commitment.” 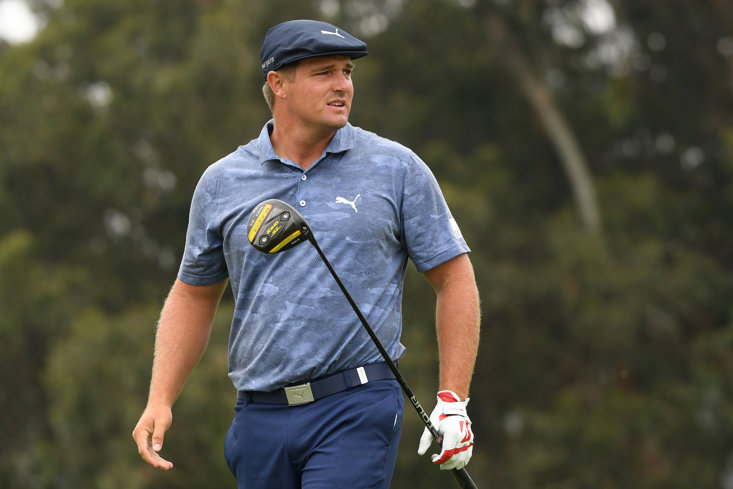 It comes as no great surprise to anybody who has followed DeChambeau’s career that he embraced unorthodoxy to reach the summit of the sport. He’s long been known for doing things differently.

When he was just 17 he developed a set of single-length irons and has since developed a set which is identical in weight too. And it goes beyond the golf course. He can sign his name either right-handed or backwards with his left hand, he had algebra nailed by the age of six, and while at high school he borrowed a physics textbook and copied all 180 pages to absorb some extra knowledge while saving his parents the couple of hundred dollars needed to buy one.

“If I wanted to learn Arabic or Russian, I could. Or tie my shoes in a new way, I could. Why? Dedication,” he told Golf Digest in 2016. “I’m not really smart, but I’m dedicated. I can be good at anything if I love it and dedicate myself.” 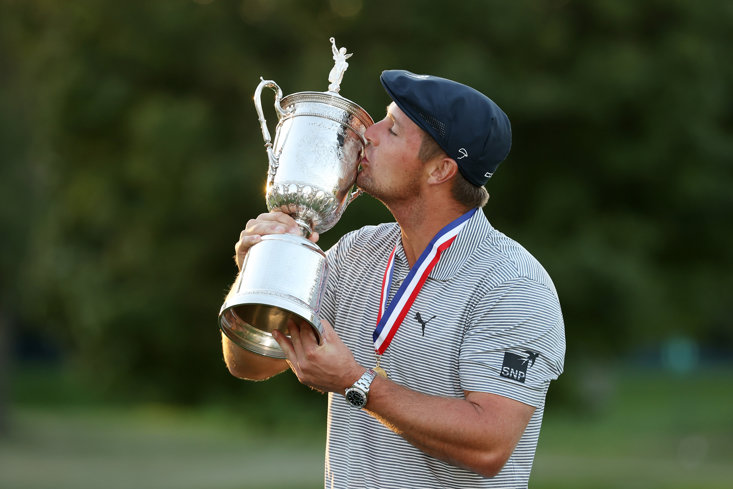 Where snooker has Ronnie O’Sullivan switch-hitting and football has Zlatan Ibrahimovic going all lion on us, Bryson DeChambeau has become the golfing equivalent of the guy who just doesn’t do normal. And, like O’Sullivan, Ibrahimovic and other sporting trend-setters, DeChambeau has his detractors as a result of breaking the mould.

Some think that golf should embrace the more cultured and rounded players on the tour rather than accept the idea that you just need to leather it as far as you can. They think nuance will be lost if everyone just attempts to imitate DeChambeau’s technique on the way to the top.

Like Rose, many will try to copy DeChambeau now as golf braces itself for an era of power and athleticism over artistry and skill. But the man himself has the intelligence, the desire and the devil-may-care attitude to keep using science to his advantage in a bid to break all of golf’s boundaries. And its records.