A new report has called for cricketers to ditch the age-old tradition of wearing white trousers in favour of shorts, saying it would help in the battle against climate change.

Professor Mike Tipto, of the Extreme Environments Laboratory at the University of Portsmouth, told The Independent: “What we’re trying to do with all of this is raise climate change in people’s minds, so they realise this is an extinction-level problem. Anything that will reduce the thermal burden on, in particular, batsmen bowlers, wicket-keepers, is likely to help them maintain their performance.”

We’re all for helping in the fight against climate change here at The Sportsman, and we’ve taken a tongue-in-cheek look at how some of the greatest cricketers would look in shorts... 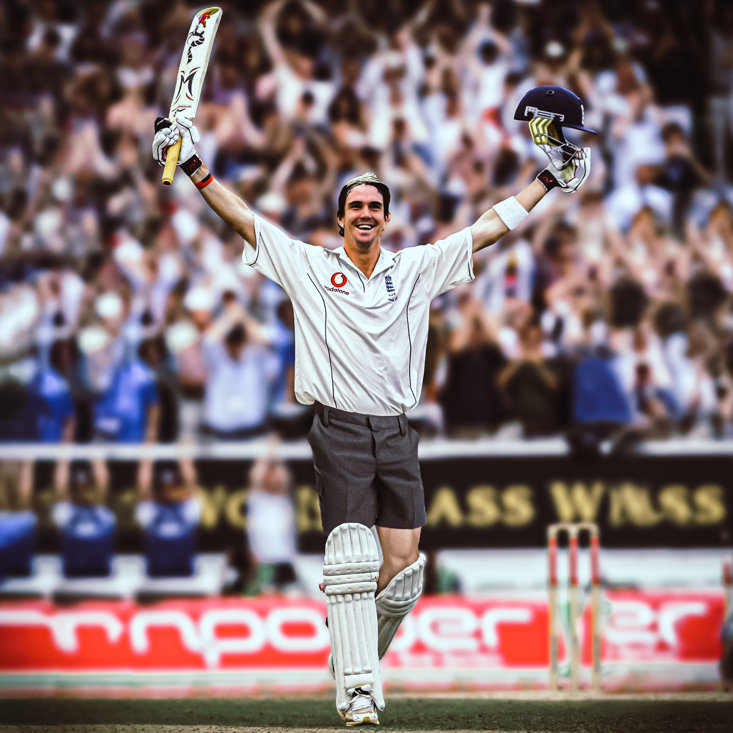 KP may have been England’s talisman but he’s also got himself into a hell of a lot of trouble over his distinguished career. From sending texts to the opposition team slating his own captain, to arguments with England coach Peter Moores, he’s often found himself on the naughty step. Which means there’s only one pair of shorts for him. Schoolboy stuff. 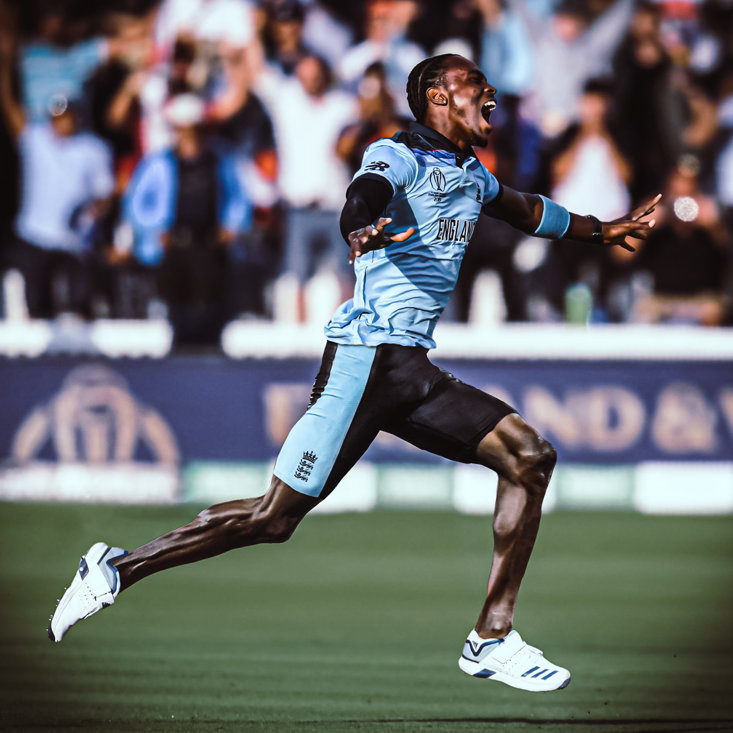 One of England’s star men this summer, Joffra Archer has burst onto the international scene and left quite the impression. The 24-year-old, who stood up and bowled that crucial Super Over in the Cricket World Cup final, has also impressed during the Ashes with some crucial wickets. Bowling at over 96mph on occasion during the series, there was only ever going to be one pair of shorts for England’s newest star. Rapid. 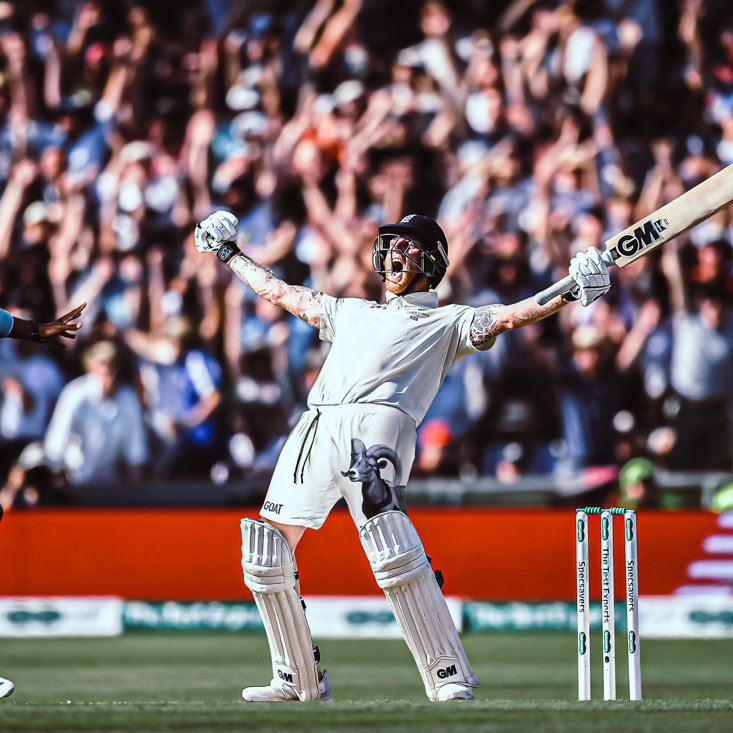 England’s saviour. A shoo-in for BBC Sports Personality of the Year after his heroic performances with the bat, Ben Stokes has turned up when his country needed him this summer. In the World Cup final, he hit an unbeaten 84 before batting in the Super Over and being part of that incredible World Cup-winning side. He then arguably went one better in the Third Ashes Test, when against all odds, he hit 135 n.o alongside Jack Leach as England snatched victory. England’s GOAT. 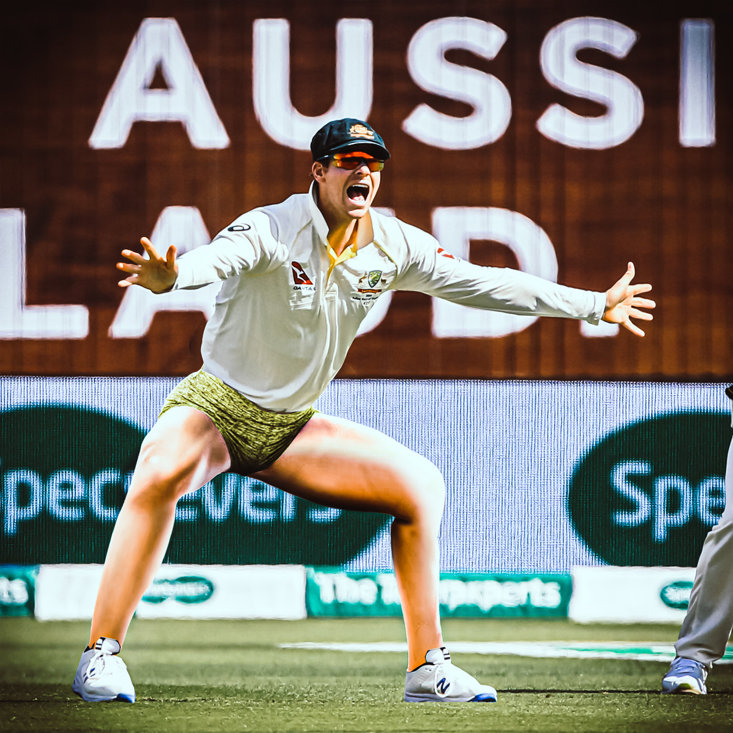 Ok so they’re not strictly shorts, more Kylie hotpants. But we simply couldn’t help ourselves. Steve Smith has been a pain in the proverbial all summer and this is our revenge. Bet he could still make a good innings dressed like this though - he’s many things, but pants is not one of them.

More
football
President Vs Player: One Year On From Rebel Rapinoe Being On...
"I'm not going to the f*cking White House. No, I'm not going to the White House. We're [ ... ]
tennis
The Day A Flawless Fred Perry Stormed Wimbledon To Win A £25...
“Packed Centre Court sees strenuous struggles for Championships!’ screamed the Pathé [ ... ]
boxing
Five Unmissable Big Screen Boxing Masterpieces That Aren’t Rocky...
Like almost no other sport, boxing is tailor-made for the silver screen. There’s something in [ ... ]
us-sports
The Luckiest Man On Earth: When Lou Gehrig Bid A Fond Farewell...
In the Friends episode, The One Where Old Yeller Dies, the character Phoebe Buffay (Lisa Kudrow)  [ ... ]
motorsport
Why NASCAR Maverick Wendell Scott's Battle With Bigotry Is As...
It is less than two weeks after the assassination of John F Kennedy. On the dirt oval at the Jacksonville [ ... ]
sports
From Daring Sea Rescues To Shunning Hitler: The Greatest Acts...
Nothing warms the cockles and brings a lump to the throat as seeing, hearing or regaling acts of sportsmanship [ ... ]
football
Sun, Sand And Bicycle Kicks: The World Of Beach Football Deserves...
The dying minutes of the game, down one goal. Former Liverpool midfielder Jamie Redknapp composes himself, [ ... ]
boxing
From Hammering Holmes To Blitzing Berbick: Mike Tyson’s Five...
With a boxing comeback in the pipeline, a hugely popular podcast and a 400-acre cannabis ranch opening [ ... ]
boxing
Cassius Clay vs The United States: The Greatest Fight Of Muhammad...
On June 20 1967, it took an all-white jury just 21 minutes to find Muhammad Ali guilty of draft evasion. [ ... ]
boxing
Assault In The Ring: The Dirtiest Boxing Match In History
On June 28, 1997, Mike Tyson and Evander Holyfield shared arguably the most infamous night in boxing’s [ ... ]
sports
The Sportsman Interviews Anthony Curcio, Football Player And...
Anthony Curcio is the world’s nicest bank robber. Friendly, talkative and generous with his time, [ ... ]
football
From Van Basten's Volley To Müller Magic: When The Olympiastadion...
It has been 15 long years since a football was kicked at the Munich Olympiastadion in official club [ ... ]
tennis
History Makers, Record Breakers And Pimms: Why Wimbledon Is...
Weep in the realisation that this should have been the week of Wimbledon, arguably the most anticipated [ ... ]
boxing
From Knocking Out A Horse To Missing Gold Medals: Five Of Boxing's...
Boxing has had its fair share of pieces of folklore since the introduction of the Queensberry Rules, [ ... ]
boxing
Joe Louis, The Third Reich And The Most Politically Charged...
On June 22, 1938, with the world on the brink of war, two boxers from opposite sides of the Atlantic [ ... ]
motorsport
Fighter Pilot, Racer, Transgender Pioneer: The Brave Life Of...
Robert Cowell was naturally left-handed but forced to use the right at a young age. The child of a decorated [ ... ]
boxing
Blood, Guts And Determination: Remembering Lewis And Klitschko's...
After 44 fights, 41 victories, 32 knockouts and three heavyweight championships, on June 21, 2003, Lennox [ ... ]
boxing
The Brawl In Montreal: Sugar Ray Leonard’s Rude Awakening At...
Four decades ago, when the ink had dried on Sugar Ray Leonard’s contract to face a Panamanian [ ... ]
football
The Danish Club Giving Locked Down Fans The Ultimate Virtual...
English football fans got their first taste of the ‘new normal’ this week as the Premier [ ... ]
mma
Prevention Better Than Cure - Confronting Head Trauma In MMA,...
Oh, the ignominy. ‘Baby’ Jay Dee ‘The Prodigy’ Penn, an inspirational martial [ ... ]
sports
From Keano Vs Big Mick To Chicken Wing-Gate: When Players And...
The wonders of the modern world: the Taj Mahal; Kiyomizu Temple; Fenway Park. The home of the Boston [ ... ]
football
Henry, Rodgers And Klopp: Remembering Liverpool’s Love Affair...
“We're here to win,” declared Mr. John W. Henry, in November 2010.  The Liverpool [ ... ]
golf
Flying Kicks, Epic Insults And Hilarious Advice: The Very Best...
“He is who he is. You can ask him about anything and he’s never going to short-change anybody. [ ... ]
motorsport
James Hunt: The Motorsport Maverick With The Playboy Persona
James Simon Wallis Hunt was born on August 29 1947 in Belmont, Surrey. The seventh British man to win [ ... ]
football
The Wrath Of Oliver Kahn: Germany's Greatest (And Angriest)...
'Der Titan'. 'Vol-kahn-o'’.  In order to get on his good side, we’d [ ... ]
sports
From Babe Ruth To Canadian Icons, The Five Priciest Pieces Of...
On June 19, 2019, a rare game-worn shirt from the Sultan of Swat himself, Babe Ruth, sold for an eye-watering [ ... ]
us-sports
Shoes, Rings And Billions: Michael Jordan's Chicago Bulls Revolution
On June 14, 1998, Michael Jordan won his final NBA Championship with the Bulls. Six months later, he [ ... ]
sports
Meet The Man Who Climbed Everest, Partied For A Week, Then Climbed...
There’s nothing normal about Nirmal Purja. After realising that the record time for conquering [ ... ]
football
Stadiums, Prodigies And No Diana Ross: Why We Can't Wait For...
On the surface, 2014 wasn’t much different to today’s world of 2020. There was a space exploration [ ... ]
us-sports
Phil Jackson, The NBA's Zen-Master And Its All-Time Greatest...
“Not only is there more than life to basketball, there’s a lot more to basketball than basketball.” [ ... ]
This website uses cookies
Cookies help us and our partners provide statistics. By browsing this website, you consent to the use of cookies in accordance with our Privacy Policy and Cookies Policy.
Accept & Close