Boxing has had its fair share of sizable crowds since the introduction of the Queensberry Rules, the generally accepted laws that govern the sport, in 1865. Thousands of spectators would often revel in the bloody brutality of boxing but no event before had ever reached the magnitude of one particular event in the first quarter of the 20th Century.

In 1921, a 90,000-strong ocean of limbs, nameless faces and top hats left the ring inside Boyle’s Thirty Acres in New Jersey marooned like a desert island while two lonely figures duked it out with one another across the blank, white canvas. 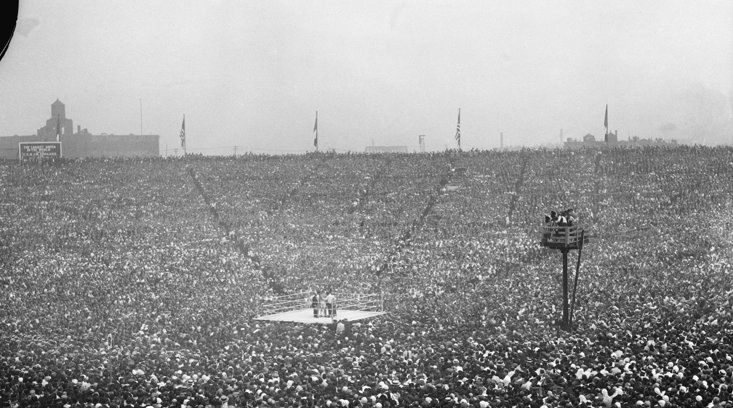 The bout, not the first nor the last of the 20th Century to be dubbed ‘The Fight of the Century,’ between an American and a Frenchman, had been billed as the ultimate duel between hero and villain.

It wasn’t the foreigner, Georges Carpentier, who’d enter the Garden State as the bout’s chief antagonist, though. That title would go to Jack Dempsey, who passed away on May 31, 1983. Dempsey, regarded as one of the finest heavyweight champions to ever step foot in the ring, was in the midst of a personal PR crisis - the once uber-popular pugilist’s stock had fallen drastically after claims emerged that he’d avoided the draft for ‘The Great War’.

Despite being found innocent of the claims just a year earlier, Dempsey’s reputation as a ‘slacker’ was broadened further when compared with his French opponent, a distinguished former pilot and bona fide hero of World War I for the French Army. 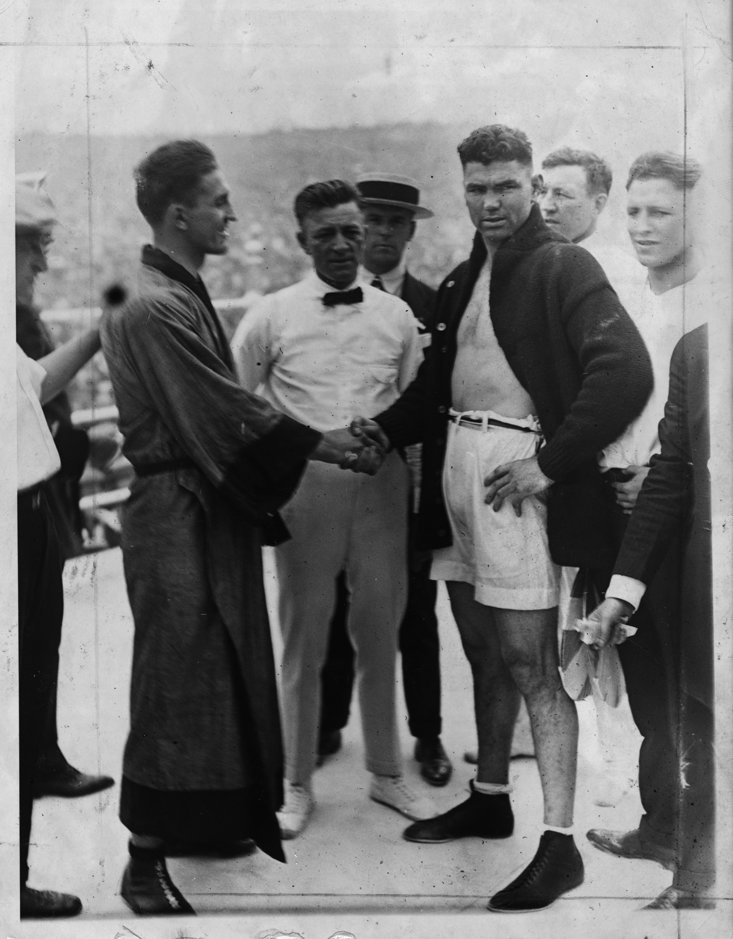 The fight, which began at 3.16pm on July 2, would become an afternoon for firsts in boxing. It was the first fight to be sanctioned by the National Boxing Association, later the WBA, it was Carpentier’s first challenge for the heavyweight title and it would go on to become the first boxing match in the sport’s history to attain a gate revenue of over $1m - the precise figure of $1,789,238 would equate to roughly $14m in today’s money.

Thanks to Carpentier’s pre-fight portrayal as a dashing, handsome and stylish war hero in many of New York’s papers, the fight would also consequently be the first heavyweight championship bout where women attended in large numbers. It was also the first fight to be broadcast on mass radio.

The actual main event, while not the dullest affair, certainly failed to live up to its ‘Fight of the Century,’ billing. Carpentier, a 2-1 underdog and 20 pounds lighter than ‘the Manassa Mauler,’ even looked capable of an upset in the second stanza despite Dempsey’s promoter Tex Rickard’s cocky pre-fight prediction that the bout wouldn’t last a round.

An unexpected heavy right to Dempsey’s jaw left the champion clearly dazed and groggy. It was far from a perfect round for the Frenchman though, who broke his right thumb in two places and sprained his wrist. Dempsey, rejuvenated, began to take a hold of the fight in third. 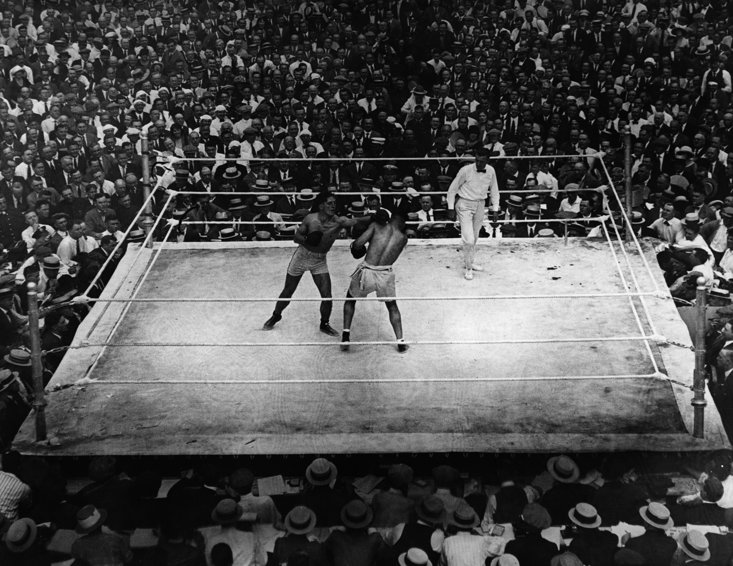 Carpentier had said three months before the fight that there was no way it would make it past round four. He would be proven correct - unfortunately, it would be he that tasted the canvas.

Dempsey, in his element as the aggressor, revelled in the punishment he lay upon his transatlantic rival and a stinging left sent the Frenchman tumbling - at first, it looked as if there was no chance Carpentier would beat the count but like a Depression era Tyson Fury he rose like a phoenix at the number nine. His stubbornness wouldn’t last long.

At one minute and 16 seconds of round four, a final flurry of combinations, including a vicious right hook to the body, sent Carpentier down for good - his brave assault on the heavyweight championship had come to a premature end.

Dempsey, not exactly known for activity in the ring, wouldn’t fight again until 1923, picking up title defences against Tommy Gibbons and ‘the Wild Bull of Pampas,’ Luis Firpo.

Three years later, in his next bout against ‘The Fighting Marine’ Gene Tunney, another war hero, he would finally lose the belt he’d won eight years earlier in Havana, Cuba, and he would finally hang up his gloves for good in 1927, following a second defeat to Tunney. He would go on to open Jack Dempsey’s Restaurant on Broadway, an American institution, and it would remain open for 40 years.

Carpentier fought 12 more fights after his showdown with Dempsey, winning seven, losing four and drawing once. Like Dempsey, Carpentier also found great success outside of the ring, using his good looks to become a famous actor in his homeland, starring in eight feature films.

Dempsey and Carpentiers, boxing trailblazers and fistic geniuses, who changed the world of boxing forever nearly a century ago are both members of the International Boxing Hall of Fame.