On Sunday night, he and his Real Betis team-mates travelled to Alaves to kick-off their La Liga season, and came away with a last minute winner. What a way to kick off his 21st season of top-flight football. 21 seasons. Allow yourself a moment to really take that in. This is an extraordinary achievement for a player who launched himself onto the Spanish football scene at 19, as a speedy, skilful winger. He’s 39 now, and still plying his trade as a speedy, skilful winger.

When Joaquin first strode out in the the iconic green and white stripes of Real Betis Balompie, Snake was on our brick-like mobile phone, Craig David was on our radio, going into great detail about his weekly schedule, and the other Craig was everywhere, after winning the first ever series of Big Brother.

Since that night, he’s gone on to score 105 goals in 772 matches, starred for his beloved Betis for a combined eleven years, while a nine-year sojourn took him on a tour of football hipster idyls as he appeared for Valencia, Malaga and Fiorentina. 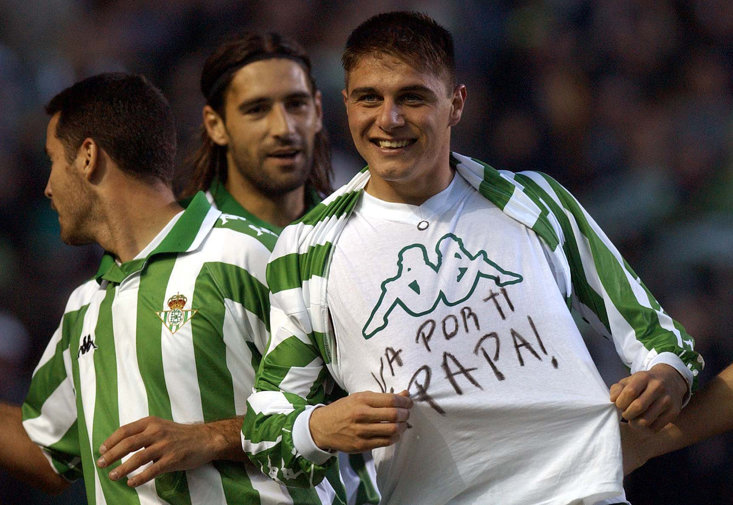 In his maiden campaign, he took Betis back to the top in 2001, making 38 appearances and scoring three times as ‘Los Verdiblancos’ were promoted back to La Liga after a year away, alongside fierce rivals Sevilla. Since then it has been a beautiful love affair.

Born in El Puerto de Santa María, Cadiz and one of eight brothers and sisters, it was Joaquin’s uncle ‘El Chino’, who paid for his daily trips to Seville - it’s a one hour, 20 minute ride, one way through the Andalusia region - to feature for the Betis youth team.

Sadly, ‘El Chino’ passed away shortly before his nephew’s debut, with Joaquin dedicating his subsequent successes to the relative who helped him achieve his dreams, but tragically missed his rise to the top.

When he married Susana Sabol that summer, such was his love for his football club, the Copa del Rey trophy took pride of place at the wedding, alongside all of his Betis team-mates.

Always with a ready smile, Joaquin the joker is a man who loves life. Scoring the winning goal in the Seville derby, coming on off the bench after a rousing speech, he insisted, “There will be no rest tonight. Anyone who gets home before five in the morning gets fined.” Our kind of guy. 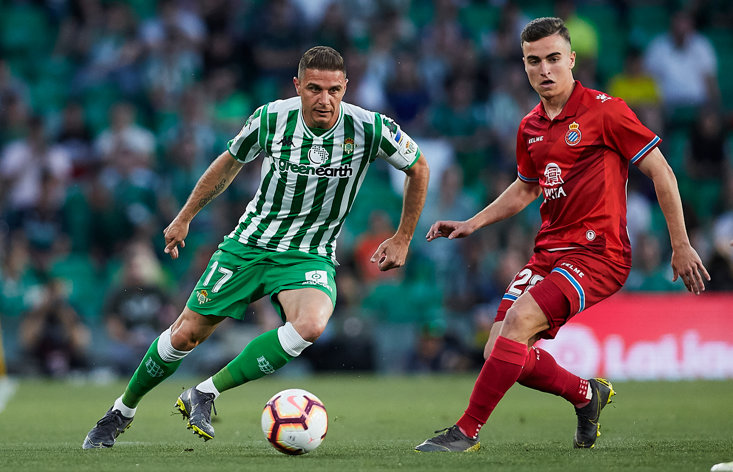 However, nobody enjoys such a formidable career without taking the profession extremely seriously. “I haven’t been playing at the top for over 16 years because I’m funny,” he told The Guardian in 2018.

Then there is all he does for others, he’s always putting smiles on faces, but not just with his brilliant sense of humour.

"He's from a very humble family,” journalist Rafael Pineda told Bleacher Report. “He basically made all the people in his family rich, but he's never acted like a star. He's a regular guy, very down to earth, who is always there for charity work or practically for anything which he's invited to do. He's such a personality.”

Joaquin is as synonymous with Betis as their silky, figure-hugging Kappa shirts because of the joy in his play. For a generation, he became one of the faces of a new Millennium dawn of football across Europe. The game felt more vibrant and full of panache, just like the winger himself.

Proof of his talent, he was linked to Real Madrid at one time before joining Valencia in 2006 for a fee of €25 million, mega-money back then, and it was the early to mid-noughties that he played for Spain in two World Cups and Euro 2004. Staggeringly, he hasn’t played for his country since 2007 but that loss has perhaps been Joaquin’s gain at this late stage of his career. He’s reaping the benefits of still having plenty of juice in his tank. 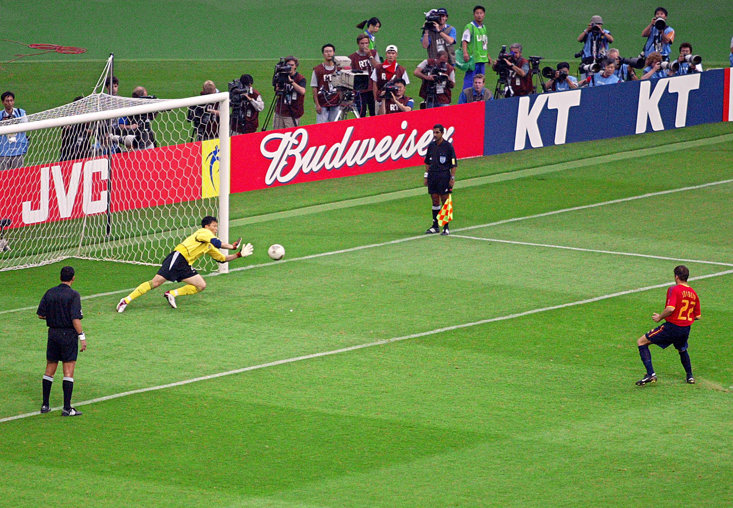 While he enjoyed European football at the Mestalla, and later with Malaga and Italian outfit Fiorentina, Betis was always home, even if he was away for nine years. He returned in 2015 and bought a 2% share in the club, investing one million euros of his own money, “because it’s my life”.

In November 2018, at 37, Joaquin inspired Betis to an historic victory at the Nou Camp, their first in 21 years, scoring in a rampant 4-3 win over Barcelona. It was a relentless display of front-foot football, with the wily winger spurring his side on and finding the net

Now, less than a year away from the big 40, he is of course the current captain and scored ten times last season in 36 matches - that’s the joint highest goal tally of his career. Amazing for a player his age but not at all surprising. He even found the back of the net three times against Athletic Bilbao at 38-and-a-half in December last year, making him the oldest player to grab a hat-trick in La Liga history. He just gets better.

However, having signed a new one-year deal up until 2021, he will hang up his boots this summer, ending his career as a true legend. Yes, this week will be his final start to a new campaign.

For so many of us who have grown up with him, Joaquin is Real Betis. The evergreen (and white) joker, and world class player, who laughs in the face of average.