On June 22, 1938, with the world on the brink of war, two boxers from opposite sides of the Atlantic came face-to-face at a packed out Yankee Stadium in what would become one of the most significant sports events in world history. The political, cultural and racial ramifications behind Joe Louis’ rematch with Germany’s Max Schmeling would transcend both boxing and sport as a whole.

In 1937, Joe Louis had become America’s first black heavyweight champion since Jack Johnson lost the same title to Jess Willard in Cuba, 22 years earlier. Unlike Johnson, however, Louis had cultivated a clean-cut image thanks to some careful marketing from his managers Julian Black and John Roxborough, and as a result, was a hugely popular figure among both black and white fight fans in the States.

In the first meeting between the two heavyweights in 1936, Louis, then the number one contender for the heavyweight crown, was dealt a huge blow when the 10/1 underdog Schmeling stopped him in the 12th round, handing him his first professional defeat. It was a huge blow to millions of African-Americans across the US, many of whom had seen Louis as their hope and saviour, whilst Schmeling returned home a national hero and became a key figure in the Adolf Hitler Nazi propaganda machine.

Despite stopping the number one contender, it was Louis who would pick up the heavyweight title first, not Schmeling, when he stopped James ‘Cinderella Man’ Braddock in Chicago. Louis had strung together seven straight wins since his first professional loss but the truth is, nobody was willing to give Schmeling, a citizen of Nazi Germany, a title shot while Hitler was spewing his fascist rhetoric to the rest of the world. Fortunately for the German, Louis saw that he could never be seen as a legitimate heavyweight champion without correcting the one wrong on his professional record and so on June 22 1938, the two would meet once again but for the world title this time. 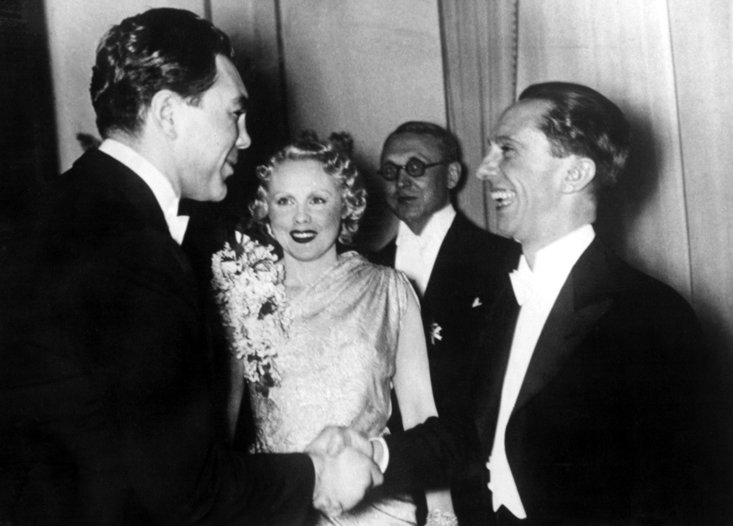 After the first fight, Schmeling was generally well-received by Americans but on the eve of the rematch a lot had changed around the world and the anti-Semitic ideologies being broadcast from Hitler and his Third Reich were making many nervous and although it’s not what he wanted, Schmeling had become a symbol of Nazi Germany.

The ‘Black Uhlan of the Rhine,’ as he was nicknamed, was forced into an impossible position and was forced to walk the line between Hitler’s pride and maintaining the relationship he’d built with the American public. Although he claimed his support for Adolf after the first fight, he wasn’t a member of the Nazi party and had never agreed with their claims of racial superiority.

Schmeling’s manager, a Jewish-American named Joe Jacobs caused tension between himself and the Third Reich but Schmeling would always stick by him, despite Hitler’s distaste.

When the bell finally rang for the rematch, Joe Louis blitzed Schmeling in just 2 minutes and 4 seconds, making amends on his defeat in devastating fashion. “Now - I feels like the champ” claimed the victor after the bout.

While Louis solidified his status as a bona fide American hero, the story of Schmeling was quite different. He returned to his homeland to find his fame had plummeted and he was quickly disowned by the Nazi Party and Hitler, who were embarrassed that their Aryan symbol had been dispatched so brutally - not that Schmeling was particularly upset about being disassociated with the regime.

“Looking back, I'm almost happy I lost that fight. Just imagine if I would have come back to Germany with a victory. I had nothing to do with the Nazis, but they would have given me a medal. After the war I might have been considered a war criminal” he would later say.

During the Kristallnacht pogrom, the purge of Jews throughout Germany, Schmeling personally saved the lives of two Jewish boys by hiding them in his apartment.

After the war, where Schmeling was drafted as a paratrooper and was subsequently injured during the Battle of Crete, he and Louis became good friends and Schmeling even assisted Louis, who’d sadly fallen from grace, financially and would even finance his old rival’s funeral.

The idea that the rematch between these two magnificent heavyweights was merely Democracy v Fascism maybe an oversimplified take at times but the time these two spent in and out of the ring together, given the magnitude of political backdrop behind their fights, is an important reminder that no matter where we come from, we’re all human.

This article first appeared in The Sportsman on 22/06/19