Motorsport
Features
The young Brit puts in the hours away from the circuit to maximise his talent
Gary Quinn
16:00, 03 Jan 2021

Lando Norris is the future of Formula One. On the circuit he approaches every race in the right manner, or as he says, “We want to give 100 per cent when we race against each other and not be forced to conserve tyres. There are different ways to go racing, what we want is pure racing which allows us to follow closely and maybe lose only a couple of tenths, as opposed to 1.5 seconds like now.”

And off the track he’s smashing it too, forming part of the so-called ‘Twitch Quartet’ of new drivers that are doing things differently. He is one of the most popular and active drivers on social media, upping his game when Covid put a stop to fans seeing him live on the grid. He’s launched an esports company and loves nothing more than streaming his gaming exploits on Twitch. The first of the current crop of F1 drivers to do so, he is leading from the front already. Why does this matter? Because he’s bringing a younger audience to F1, and its future depends on it.

In between the racing and the twitching, he keeps himself in great shape, and here’s how the 21-year-old does it… 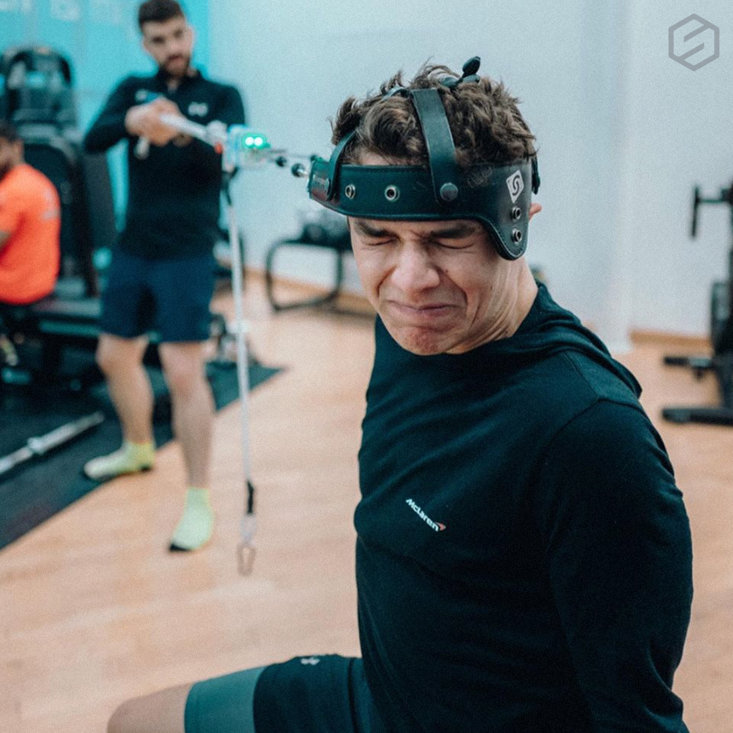 Drivers stick their necks on the line every time they go racing, literally speaking. There is intense pressure on neck muscles thanks to the incredible g-force generated by speeding at 200mph around the world’s elite race courses. On some corners braking forces can reach as high as 6G. So, building and maintaining neck muscles becomes a massive part of the daily routine.

Top drivers like Lando can shift up to 40kg with their neck alone. Side-on resistance can help drivers prepare for those vicious bends, with short, sharp jerky movements used to mimic vibrations and bumps on the track.

But, as Lando says, there’s no comparison to actually driving, “You can do all the training you want at home with the neck exercises, but the movement when you jump in a Formula One car, you can't replicate identically in training. It's a shock to everyone's body - you can be one of the fittest guys in Formula One or the world, but it's still tough on the human body.”

Being buff comes with the territory but it’s not about vanity, it’s a necessity. Drivers need to be strong to handle steering to the best of their ability. Lando can be seen doing lots of pulling weights on his social channels, and these routines are designed to help build up his grip strength, which is vital for steering.

And the reason you will also see him doing one-side pulling exercises is because he’s strengthening his core at the same time as concentrating on his grip, two essential areas for any F1 driver. Pulling exercises also help to prevent and correct rounding of the upper back, which is a common problem drivers face thanks to the cockpit positioning and length of time spent driving.

And if you’ve seen Lando literally throwing weights around, this is to help with grip strength and coordination, forcing him to act instinctively. Those instincts have served him well so far. 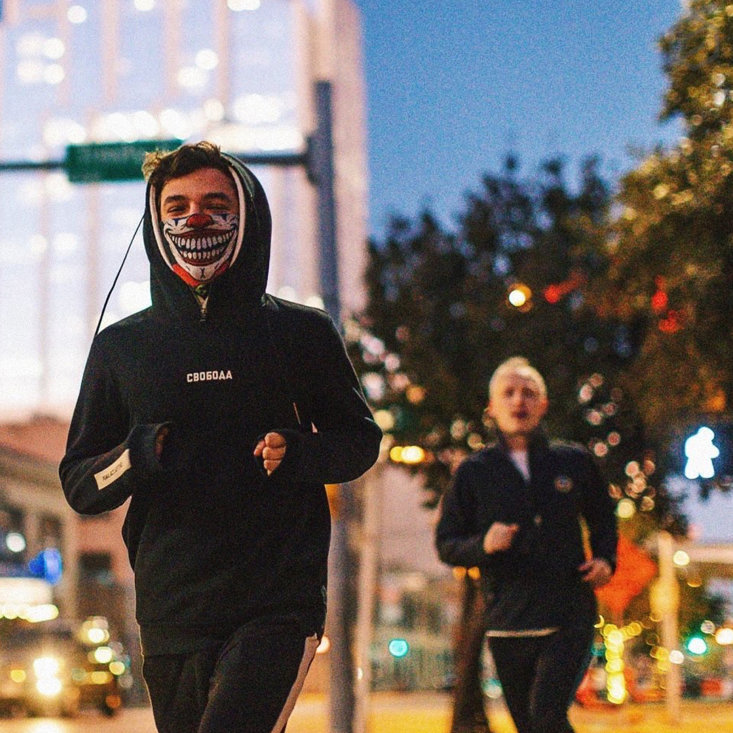 Regular cardio sessions are essential for any F1 driver and Lando is no different. This can be mixed up with gym work and simply going for a run, or a cycle. And Lando loves nothing more than an early-morning run with his favourite Joker face mask. Running, cycling and other cardio exercises are vital in keeping drivers' heart rates in check, they average 170 bpm during a race, more than double the average resting heart rate of somewhere between 60-70 bpm.

Of course it was a different type of running that had Lando hitting the headlines earlier this month, when he almost hit a race marshal who ran across the track during the Bahrain Grand Prix. It happened shortly after Romain Grosjean’s horrific barrier crash, which he was lucky to walk away from with only minor injuries. Following a malfunction to Sergio Perez's Racing Point car, the yellow flags were brought out. As Lando slightly accelerated down the straight, a marshal casually strolled across the track and was narrowly missed by the oncoming Brit.

Scary POV footage from Norris’ car revealed just how close the two came to colliding, and the audio from the McLaren team radio captured his sheer shock. "There's a guy fucking running across the track!" Lando said to his team. "That's the bravest guy I've ever seen." To which the McLaren pit replied, "Brave or stupid?" After the race Lando gave his verdict on the incident, saying, “It wasn't lucky, just a bit of a crazy moment. The guy had some balls on him so fair play.”