“He’s not the Messiah...he’s a very naughty boy!” Monty Python at its very best with this immortal line from the iconic Life of Brian. For Brian, read Lando Norris. That’s right, the more rabid F1 watchers have been screeching this to anyone who’ll listen over the last few weeks.

The British driver, who turns 21 on Friday, decided to apologise to Lewis Hamilton after basically saying he wasn’t that impressed with his record because he should be winning considering the car he pilots. Before this, the McLaren star had been touted not only as the saviour of the legendary racing firm, but as the chosen one to restore F1 to its former glories. And he still can be, make no mistake.

Let’s deal with his team first. When Lando landed two years ago, all was not well at Chez McLaren. Turmoil was the order of the day, with strategies falling left, right and centre. The atmosphere was gloomy, sulky, and underperformance was the ensuing result. Fast forward to this season and things couldn’t be more different.

He made an instant impact on the circuit but it’s more than that with Lando Norris, yes he’s an emerging force in F1 and a driver who wants to attack every race in the purest form of the sport but he’s also got - whisper it quietly - a personality. That is something F1’s been missing for too long now. And it’s this combined with some great performances that have helped lift the gloom surrounding McLaren. He’s even been known to help the crew pack the garage at the end of a race weekend. How many F1 drivers can say the same? 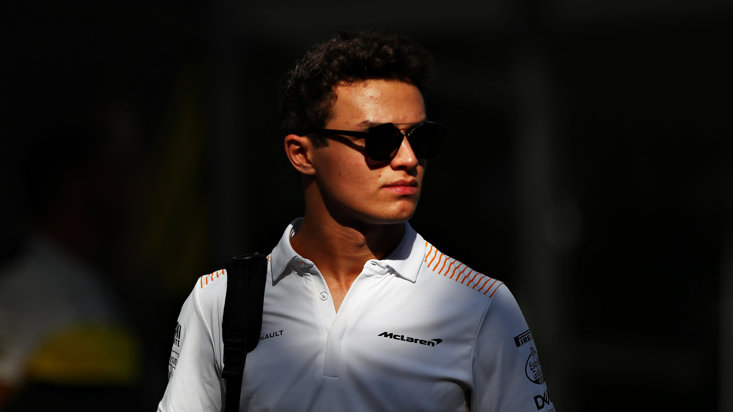 But beyond McLaren, it’s what Lando Norris brings to F1 that matters most. Very simply, it’s a younger audience. He forms part of the so-called ‘Twitch Quartet’ of new drivers that are doing things differently.

He is one of the most popular and active drivers on social media, and upped his game as Covid put a stop to fans seeing him live on the grid. He’s just launched an esports company and he loves nothing more than streaming his gaming exploits on Twitch. The first of the current crop of F1 drivers to do so, leading from the front already, there could be a theme forming here folks!

He entered all but one of the Virtual Grands Prix that Formula 1 organised recently. Why does this matter? Because he’s allowing fans, younger fans, into his world, into the Formula One world, and that is priceless for the sport. No longer do their heroes feel a universe away, instead they are right there, streaming with a dodgy internet connection and laughing with you all the way through.

And back in the real world of racing he’s got the right attitude too. He wants to race in the right way, or as he says, “We want to give 100 per cent when we race against each other and not be forced to conserve tyres. There are different ways to go racing, what we want is pure racing which allows us to follow closely and maybe lose only a couple of tenths, as opposed to 1.5 seconds like now.”

Pure racing, with a personality, the perfect combination. Lando Norris is the future of F1, and that future looks very promising. Which brings us back to where we began, with Life of Brian, all together now….Always look on the bright side of life….