It’s been a summer of change for Manchester United, and not for the better. At the turn of the year, Casey Stoney’s side were genuine contenders for the WSL title, having recruited a side that could feasibly compete with the likes of Chelsea and Manchester City. Come the end of the campaign, after five defeats in their last twelve, they had slumped to a fourth-place finish, but things would unravel off the pitch as well as on it.

Stoney quit and although her official statement was professional, it is thought she had become frustrated with the lack of facilities for training and the fact that her squad was decimated by injuries, and didn’t have suitable depth to cover. Her exit, as one of the brightest minds in the English game, was a hammer blow to United’s hopes of progression this term.

And so, from a position of strength, United have had to rebuild. Without Champions League football, American duo Christen Press and Tobin Heath, who had played such a vital role in their rise last season, both left the club and the exit door just kept on swinging.

Amy Turner, who had made a name for herself since the club was formed in 2018, departed for Orlando, Abbie McManus joined Leicester and fringe players Jess Sigsworth and Jane Ross also closed the book on their Manchester United careers. However, the biggest loss came as Lauren James decided to join up with her brother at Chelsea, with the 19-year-old one of the rising talents in the WSL. Although her loss wasn’t unexpected, it is a clear sign that United are way behind their rivals.

New manager Marc Skinner has a huge job on his hands and it would be far to say, he returns to the division with his stock slightly lower than it was when he left. He’d taken a financially stricken Birmingham side to an FA Cup final and fourth-place finish in the league before heading to the US, where things weren’t quite so smooth. 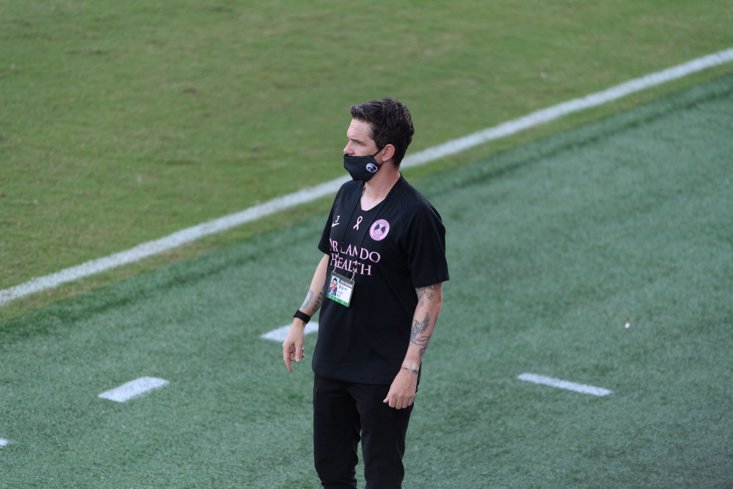 He finished bottom with Orlando Pride, their lowest ever finish in the NWSL, before he began to turn things around this term with a record-breaking unbeaten run. But this Manchester United challenge is the biggest he has ever taken on and to his credit, their recruitment looks smart, despite the exits.

Hannah Blundell, Vilde Boe Risa, Sophie Baggaley, Aoife Mannion and forward Martha Thomas should revitalise this United side that lost their way last term. Despite these recruitments, given the summer of upheaval, it is easy to see United slipping further behind the top three this season, while given Everton’s strong summer, they could well leapfrog United.

This is still a club in its infancy, especially in the top flight, and having been in such safe hands under Stoney this feels like the first foray into the unknown. They didn’t want it to pan out like this, but the same summer Manchester United men’s side agreed to pay Cristiano Ronaldo £480k a week, the women’s side, their training facilities and funding should have been higher on their agenda.

It’s too late for them to get Stoney back now, but with sensible investment, especially into the training facilities, there is no reason why United cannot dominate the women’s game. On the day of the new season, however, that feels an awfully long way off, and it would be a real surprise to see Skinner and his side contend for the title this term.