Football
Features
The Everton star likes to look every bit as good as he plays
Elliott Bretland
16:00, 29 Dec 2020

James Rodriguez is a bonafide superstar. More popular on Instagram than Liverpool and Arsenal, the Everton attacker is the third-most-followed footballer on the planet with 46.7 million fans on the social media platform. Famous for his football skills, he is also idolised for his good looks and sense of style, with Dolce & Gabbana, Calvin Klein and more being regulars in his wardrobe.

“James is clearly a crisp and sharp dresser,” Nav Salimian, lead stylist at Claudio Lugli in London and Tyson Fury’s tailor, tells us. “He’s definitely one daring enough to show off his style, as we’ve seen at award ceremonies. One black suit that he dons has satin lapel finish and is co-ordinated with a bow tie so it’s a classic look with a twist with strong attention to detail. It’s very clean and he’s overly-looking to be the centre of attention.

“He does dare to be a little bit different, but with sharp and classic looks, that’s the style he’s made his own.”

Here we look at some of James’ favourite fashion choices... 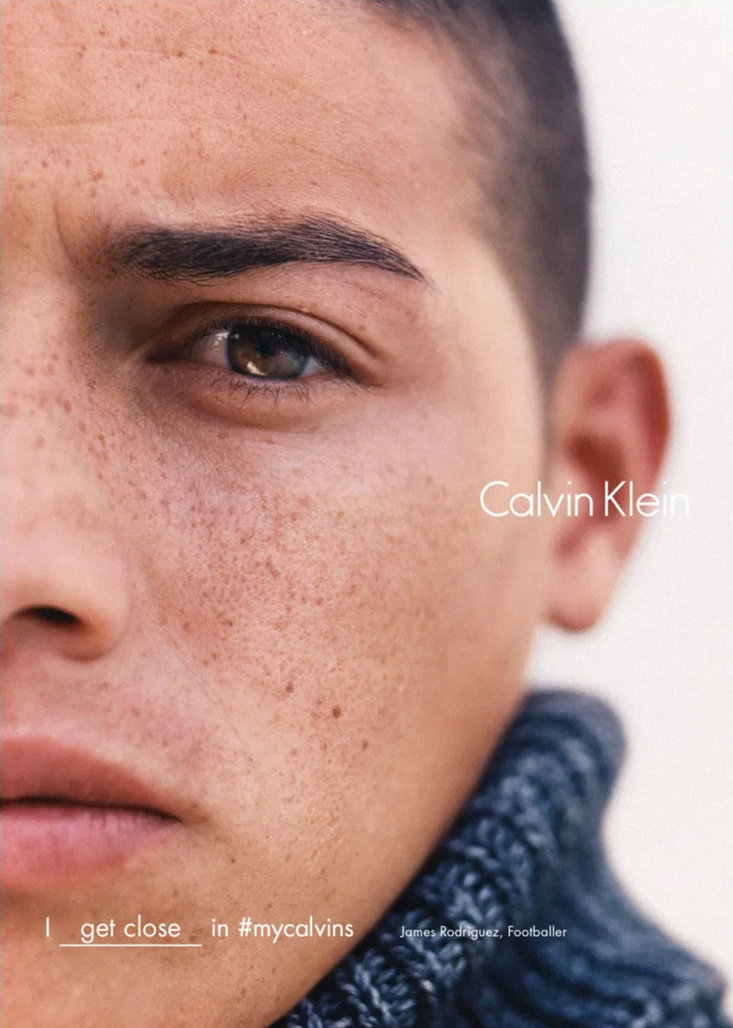 James was one of the faces of Calvin Klein’s #mycalvins campaign back in 2016. Pictured in a vest top and jeans (and later just his briefs, obviously), he joined the likes of Kendall Jenner, Justin Bieber and Bella Hadid in shooting for the iconic American fashion label.

With his winning smile and bulging abs (James looks after himself in the gym), he is a massive hit in front of the camera. In one promo ad, James strips off while being asked if he has ever been in love. Sultry. 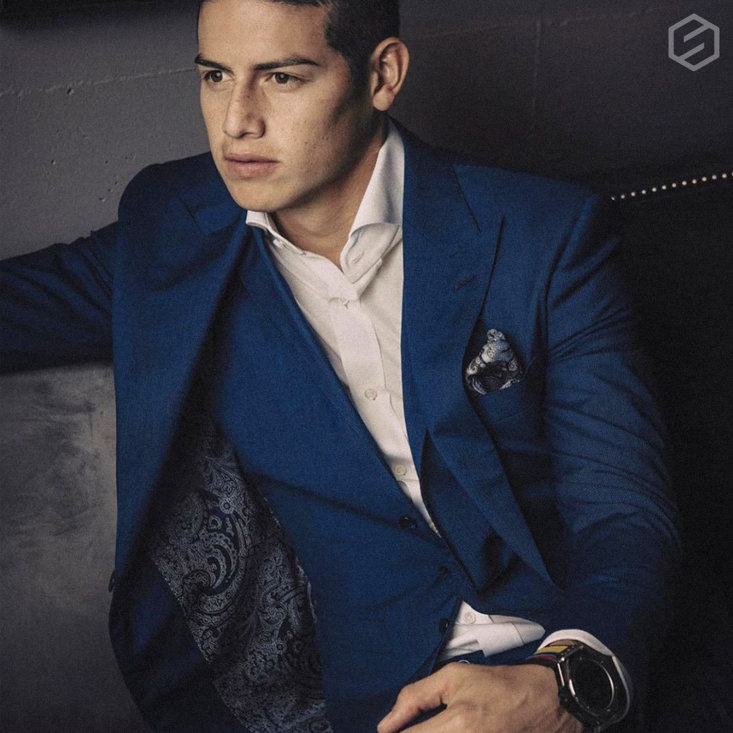 Everton boss Carlo Ancelotti has had a major impact on James’ career and was a major reason the playmaker elected to join the Toffees in the summer having worked together at Real Madrid and Bayern Munich.

However, it seems the Italian may have influenced him off the field too. When rumours started to circulate that James could be on his way to Goodison Park, one image shared by excited Evertonians of the superstar featured him at the peak of sophistication in a polo neck and trench coat (a look used by Ancelotti on the Blues touchline in the last year). Another style icon was on his way to Merseyside for sure.

The Colombian clearly likes to dress well and enjoys a tailored suit - at Real Madrid, he travelled to games in the squad’s official Hugo Boss attire along with fellow fashionista Cristiano Ronaldo.

We all know a nice watch is the perfect accessory to an outfit and James is well aware too, having teamed up with Hublot in 2018.

“I love watches,” he told eluniversal.com after collaborating with the luxury timepiece-maker. “And obviously Hublot is a huge brand. I am proud to be with them and I hope that we can grow together for many years. It is a top brand.”

He later designed three limited-edition Hublot watches, with another featuring his signature and his iconic number 10, the shirt he wears for his country. 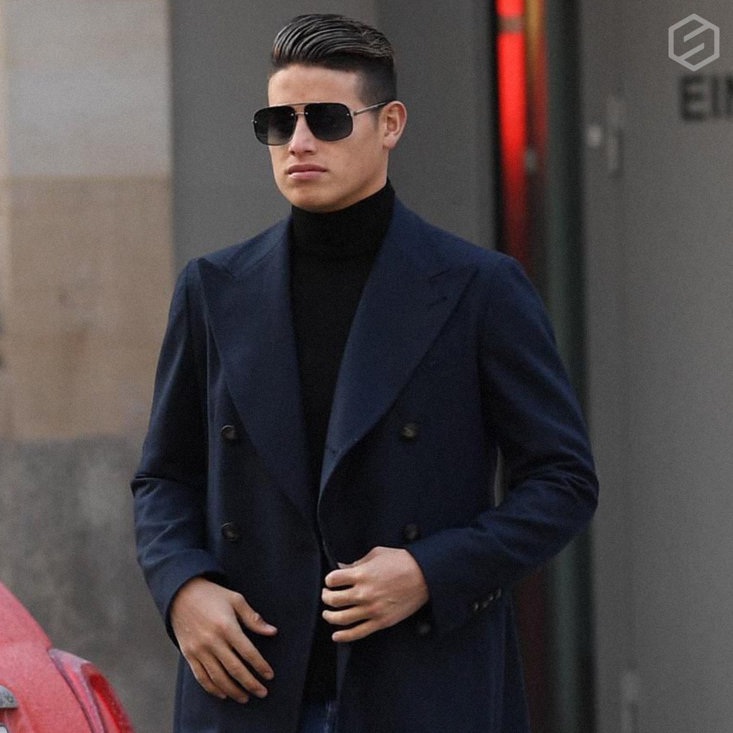 The Colombian is often seen sporting sunglasses, and having previously teamed up with designer Marc Jacobs for an ad campaign, James appears a big fan of the brand.

Whether suited and booted and off to another Champions League fixture or chilling in the sun in more low-key moments, the 29-year-old has been photographed in a variety of Marc Jacobs summer specs. On the first day of 2019, James took to Twitter to show off his latest sunglasses, even if it was 1 January and the sun was in short supply. He really will don shades whenever he can.

All about the luxury 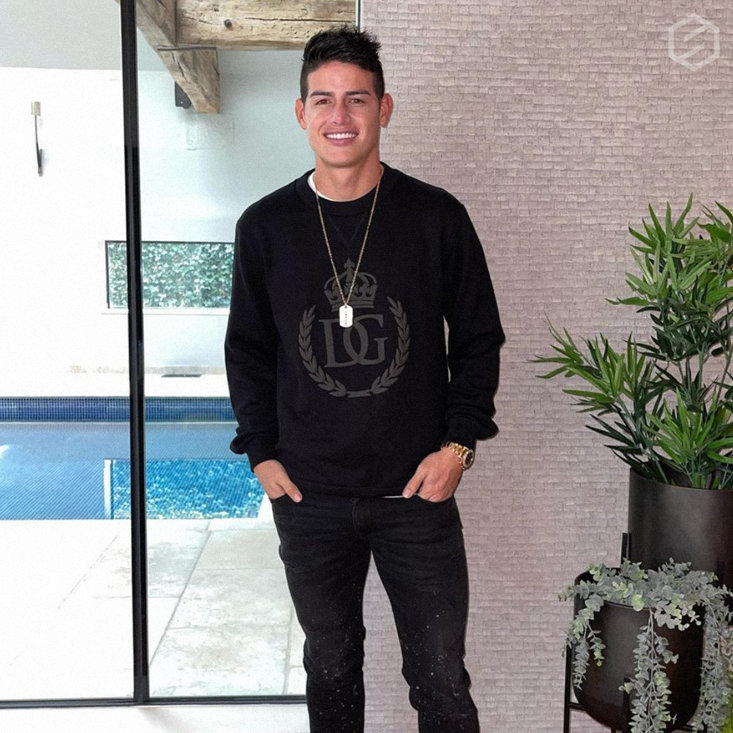 James has been pictured in Balmain, the French luxury fashion brand, and was even snapped in their clobber for a magazine shoot in 2015.

Posing for GQ, he was kitted out in a black and white Balmain biker’s jacket (worth a cool £4,000) and joggers. Dubbed ‘The Next Ronaldo’, his striking looks are every bit as eye-catching as his skills with a ball when matched with this kind of get-up.

He's a big D&G lover too, often stepping out in the Italian brand's gear. There's no scrimping going on with James.