With five million likes and 204,000 followers on TikTok, and a brand deal with one of the UK’s biggest sporting firms in the bag, it is fair to say that Milly Pickles has fired herself to internet superstardom. She has come a long way in the four years since the accident that would completely change her life.

On 29 September 2017, as a 23-year-old student at Bournemouth University, she was electrocuted by 750 volts which left her with severe injuries and fighting for her life. Luckily the doctors were able to save her, but it meant amputating her right leg, something that would temporarily halt her love for sport. She also lost her big toe on her left foot as the current travelled up her right leg, through her pelvis and down her left leg out of her foot. This meant that luckily, her spine was undamaged, although her shoe size did drop from a seven to a four-and-a-half!

After 20 surgeries and having spent two-and-a-half months in hospital she was eventually allowed home to continue her recovery and, despite starting in a wheelchair, her determination and bravery meant she was standing and walking again way ahead of schedule. In fact, on her prosthetic leg, she even became captain of her local able-bodied netball team.

Having played lacrosse at university, and been a massive sports fan, her teammates began fundraising for a prosthetic leg, which can cost upwards of £6000 and are not available on the NHS. In less than three months, they had reached their £3000 target on JustGiving, allowing Milly to buy her first prosthetic blade and set her up on her journey to learn to run and play sports all over again.

She also picked up her camera and began filming herself, first posting information on what it was like as an amputee and a disabiled athlete, and then filming herself learning to run once she picked up the blade in November. She told The Telegraph how she felt there were almost no amputees posting videos online.

“When I first lost my leg, I looked for people online and I literally couldn't find anyone. I came across this girl that was from Brazil - she looked lovely, but I haven't got a clue what she was saying. I really wanted to have someone to relate to, and since I started posting everything online a lot of amputees ask me ‘what's the best leg to get? what happens at this point?’ and so on.” 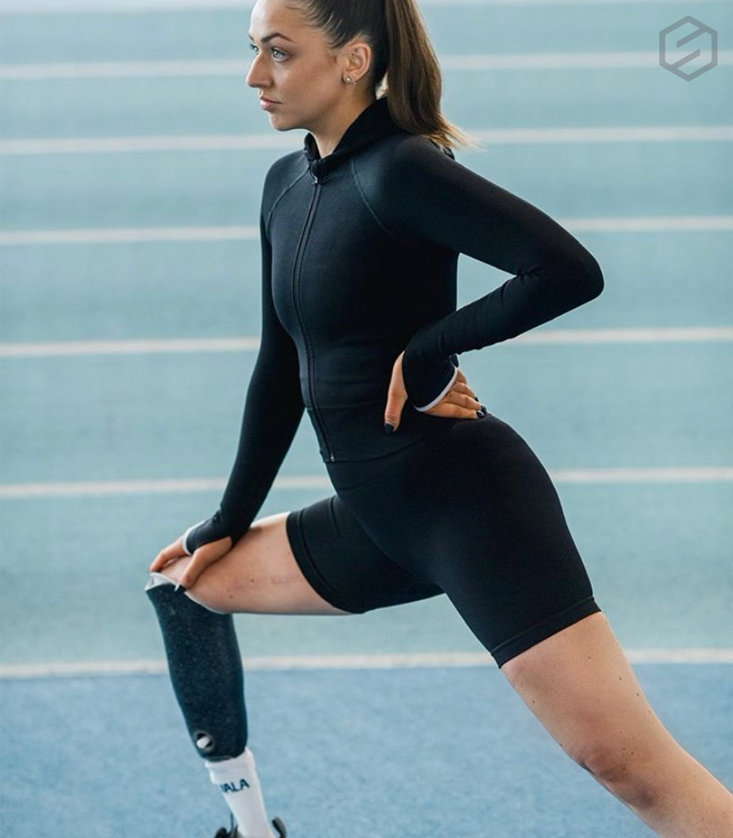 She began with just a few comments, but dedication to posting every day and answering questions from fans meant her audience quickly grew. Having started her TikTok account in March 2020 during the first lockdown, by the end of the year she had surpassed 200,000 followers and that number is still growing.

Stories like this get you noticed by big brands. Now working as a marketing executive for Chelsea Football Club, she was chosen by GymShark for the company’s first para-athlete partnership. Her desire to educate and inspire people is clear for all to see as she posts her successes and failures online.

"I've had a lot of people say 'You've made me feel better because I might be having to lose my leg. And you've made me realise life is good, and that it's fine'. Knowing that I can help people and provide comfort makes me really happy,” she told The Telegraph.

Pickles’ work online is not only inspiring other amputees but is also educating those who are misinformed. The best bit about it? She is only just getting started. With her fanbase growing, and having only had her running blade for a couple of months, she is improving every week and has targeted a return to competitive sports. Milly’s is a story of determination everybody would do well to follow.