Rugby
Features
It kicks off on Friday and could be the blueprint for the Six Nations
Kris Voakes
18:00, 12 Nov 2020

So it’s that time of year again where the home nations welcome some of rugby union’s biggest names over for the prestigious series of autumn internationals. Except this is a year like no other, as we know, and the likes of the All Blacks, Australia and world champions South Africa have been prevented from travelling due to the Covid-19 pandemic.

But fear not! World rugby’s decision-makers were quick to identify a potential issue and developed a brand new competition to fit into the gaping hole in the schedule. The result is the Autumn Nations Cup, a four-week extravaganza featuring eight teams playing 16 games across six countries, building new rivalries and trialling new tech.

The fun gets underway on Friday night, and in the meantime there’s a new format to understand, competitors to get to know and advanced ways of watching to familiarise yourselves with. Our handy guide has everything you need to get up to speed…

We’ve had plenty of conjecture over the future of the Six Nations Championship in recent times, with the likes of Japan and Georgia having been touted as potential invitees to mix things up in the wake of Italy’s continued struggles.

So when the international calendar was torn apart by Covid-19, rugby bosses saw the opportunity to trial a new-look Six Nations with two extra teams, hence the invitation to Japan and Fiji to join England, Wales, Scotland, Ireland, France and Italy in the Autumn Nations Cup.

But after further Covid issues prevented Japan from travelling, Georgia were asked to step in and round out the eight-team competition. If the next month is a success, then we might well be seeing the future of the Six Nations, with invitee teams becoming the norm. 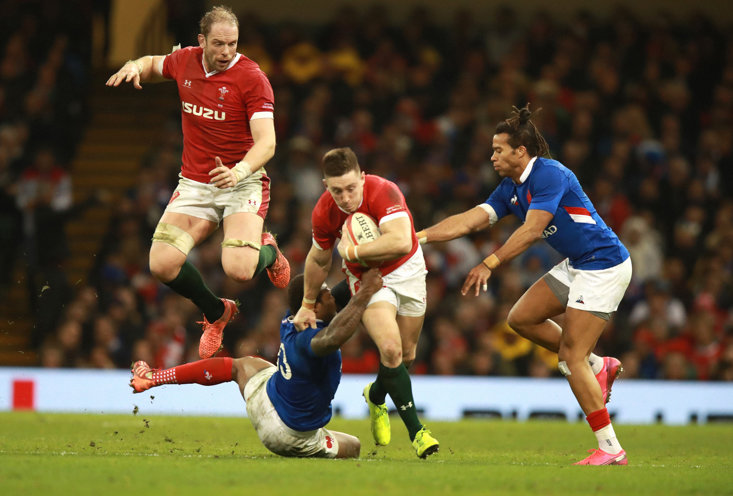 There is a proper tournament format

As the title of the Autumn Nations Cup suggests, there is a trophy to be played for since – unlike the traditional autumn internationals – there is a tournament concept at the heart of the new competition.

The eight teams are split into two groups of four, with Pool A being contested between England, Wales, Ireland and Georgia, and Pool B seeing France, Scotland, Italy and Fiji come to blows.

After playing against the other teams in their group over the first three weekends, teams will then face the country which finishes in the same position as them in the other pool, with the two first-placed nations competing for the trophy.

The nations aren’t all familiar

Yes, yes. We just saw the majority of the teams closing out the much-delayed Six Nations a couple of weeks ago, but there will be a very different feel about this tournament. Not only do we have more of a do-or-die World Cup nature to it due to the group stage addition, but Georgia and Fiji will also help to put the cat among the pigeons.

Georgia captain Merab Sharikadze this week insisted the Autumn Nations Cup is a huge opportunity for his side, ranked 12th in the world, telling reporters, “It’s a big responsibility for us… A lot of people are watching and a lot of people have been working hard to be part of this kind of tournament.”

Fiji, placed one position higher than Georgia in the rankings, could be a dark horse in the competition, with flying winger Semi ‘Trailer’ Radradra being handed the captaincy following his incredible rise from risking his life mining gold as a teenager, to rugby union protégé, then rugby league superstar and finally a world name back in union. He really is a man who could set the tournament alight. 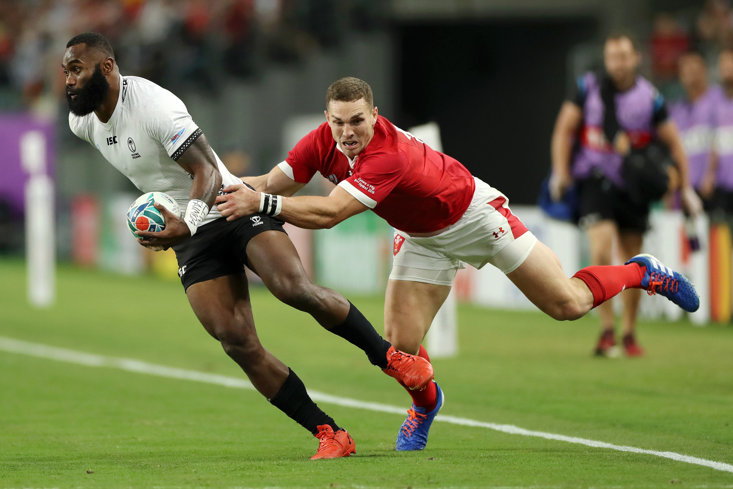 There are brand new ways to watch

We’re all stuck watching the action at home for now rather than actually attending fixtures, but there will be new ways to follow games thanks to some technological trials from Amazon Prime Video.

For all of England’s games at Twickenham, as well as their trip to Llanelli’s Parc y Scarlets to face Wales, Prime Video will be using the PostCAM, a brand-new innovation that features eight custom cameras to capture close-up shots of the goal line.

It is all part of a brand-new feel to international rugby presented by Amazon Prime Video, which will show 14 of the 16 Autumn Nations Cup games live. And, just as they have added new concepts to their coverage of Premier League football and Grand Slam tennis, the broadcaster is keen to use its technological advancements to improve the spectacle for viewers at home.

You can binge watch EVERY SINGLE GAME!

The four games each week have been given staggered kick-off times, so that’s your weekends sorted during the remainder of lockdown!

Here’s the fixtures for this weekend, with all games on Amazon Prime Video unless stated. Get your binge on...