In the five Olympics since skeleton was reintroduced to the Games, Great Britain have won three gold, one silver and three bronze medals. For any country, in any sport, that would be a phenomenal return. But how on earth did our tiny little island in the north Atlantic, which averages just 15 days of snowfall per year, come to dominate this elite winter sport?

“We were light years ahead of every other nation.”

That’s the view of Danny Holdcroft, Head of Performance Innovation and Applied Research and Development at British Skeleton, and the longest serving member of the team.

“Every other nation came out of the pre-Olympic era and continued what they were doing, and we came out of it with ‘we don’t have much ice-time, so what are the areas we can really go after?’” he tells The Sportsman. “We set about the challenge of being the fastest starters, then we can build our sliding around that. So we went after stuff that no other nation did.”

Success in this winter sport is truly one of Britain’s finest underdog stories, as Holdcroft explains.

“As a nation, we have no right to achieve the success we have achieved in essence,” he admits. “We are not a winter sport nation, we have no home track, we slide for a maximum of 120 minutes a year that we cram into 5 months, and we are off ice for seven months of the year.

“We have no club structure in this country. Germany, USA, and other home-track nations, they can start at 10 years old,” Holdcraft continues, noting the difference between British Skeleton and their rivals from nations naturally better equipped for winter sports.

“We recruit 18-23 years olds from novice backgrounds, not necessarily athletes. We are starting eight or nine years behind Germany. By the time our athletes start, their athletes will have 1000 runs under their belts, yet we probably don’t achieve that in an athlete’s entire career.

“What we do have is this vision, we have this drive that we now have to support people to achieve Olympic ambition. When I came on board, it was evident then we had a small nucleus of people who believed in the dream of delivering an Olympic champion. We have infectious coaching, instilling in people the confidence that everything and anything is possible.”

If you’d have mentioned the word skeleton in a sporting sense during the early noughties, most people would have thought you were making a bad Halloween-based pun, and that posed an awful lot of challenges for the British team.

“We were small. There was no funding really, we had to pave our own way and live in campervans, we piggy-backed on the back of military camps because Bobsleigh and Skeleton was heavily military or forces orientated.” 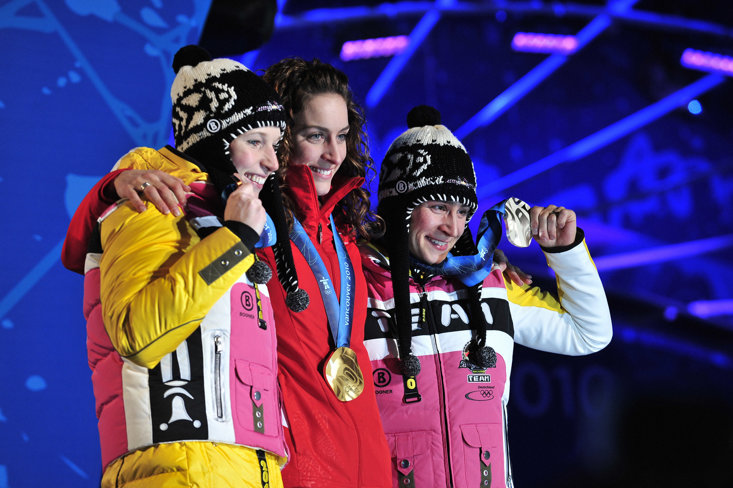 The early days did provide the first shoots of progress and laid the foundations for the all-conquering team we see in 2020. Kristian Bromley and his tech company developed a lightning quick sled as part of a PhD project for the team to use, while in 2002 Britain’s first push-start track was opened at Bath University, the place that would become the home of British Skeleton.

The first major success came at the Salt Lake City games in 2002, where Alex Coomber came away with a bronze medal, accounting for half of Team GB’s medal haul at the Games that year. That success gave the newly-formed team a platform to build from, but even then funding was hard to come by. In fact, heading into the 2006 games, Shelley Rudman had to do a sponsored canoe ride to raise £4,000, simply to buy her own sled. It was a canoe ride that would allow her to win a silver medal in Turin and provide the turning point for British Skeleton.

“Salt Lake [in 2002] was huge, it gave us the platform to build something,” adds Holdcroft. “Shelley Rudman in Turin was a catalyst because it enabled a greater funding stream from UK Sport, which allowed us to build an infrastructure and it was an athlete who started in the programme winning a medal. She was the aspirational figure for people to follow. I think we moved forward and grabbed momentum and started to delve into other areas.”

Rudman’s success paved the way for a higher calibre of recruit to come in, both Amy Williams and Lizzy Yarnold joined the team, and would go on to win gold for Great Britain. “You cannot underestimate the focal point of having an Olympic champion or silver medalist with Shelley for that era,” Holdcroft continues. “Going, ‘do you know what, as a programme we are able to deliver Olympic champions.’ When we recruit, we are transparent with the guys. We are recruiting to put someone on top of the Olympic podium, it is about winning medals or being Olympic champion.”

That is exactly what British Skeleton have been able to achieve in the past three Olympic Games, and the success shows no sign of slowing down. “We are trying to stay ahead of the curve. It becomes a huge challenge when you’re successful, you've got to stay ahead. You cannot just do what you did last time.

“Now [the cycle] is the 2022 Games, but we are planning for 2026, and as soon as Beijing is done we are planning for 2030. So we already have a recruitment campaign set up for next year, which is for 2030. This is how far ahead of the game we are thinking. So actually, while people are playing catch up we are still staying one step ahead. It is cat and mouse, but it’s interesting.”

Two decades of hard work comes down to milliseconds on the ice. It is the finest of margins that will keep Great Britain on top of the podium in two years time, but the fact Britain are even the team to be shot at is a remarkable success for our snowless little island.