Former world marathon champion Paula Radcliffe has admitted her “obsession” with running played a part in her failure to clinch Olympic gold at the height of her storied career.

The British distance runner, who was also world cross-country and half-marathon champion, says that the intensity of her drive for greatness helped to undermine her Olympic dreams, particularly after she was unable to finish the marathon at the 2004 games in Athens.

“The marathon is a tough event to prepare and get right, you spend three or four months preparing for one day and if you're not right on that day it doesn't pan out. You can't just do another one a week later,” she tells Champions Speakers. “And the Olympics kind of intensifies that - it's once every four years.

“It never worked out for me at all at the Olympics, and I think maybe some of that was because it became, in my head, too big a deal. I think I was fine until after Athens when it became something really big to get right the next time, which actually was counterproductive because I was almost obsessing about it too much.

“I think sometimes people get better results by almost not caring about it. It is kind of the apex of our sport and what everyone wants to do. But actually, it's the same standard as our World Championships yet it becomes a bigger deal because it just is every four years.”

Meanwhile, Radcliffe has backed current and future marathoners to keep breaking records as technology continues to improve amid controversy over the Nike Vaporfly footwear which was worn by record-breakers Eliud Kipchoge and Brigid Kosgei when setting new records in 2019 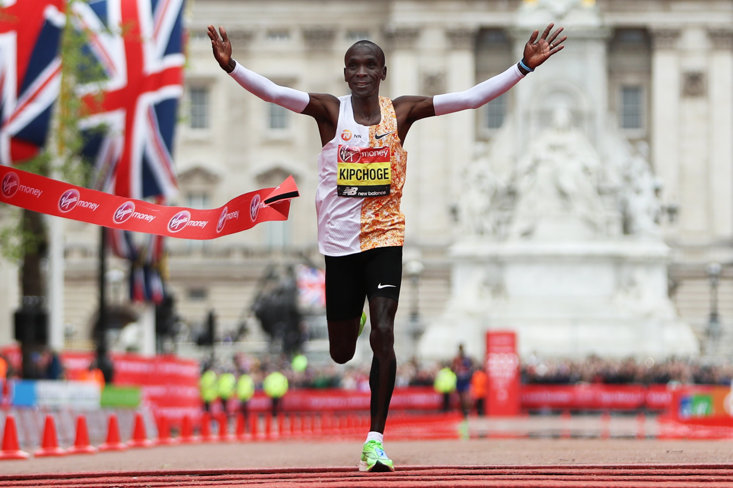 Kipchoge ran the first ever sub-two-hour marathon in a special event in Vienna in October, and Kosgei set a new official mark in the women’s marathon the following day in Chicago, knocking 84 seconds off the 16-year-old record which had previously stood.

But while Kipchoge’s variation of the shoe has been banned, the Vaporfly will remain permitted as part of tightened regulations. In spite of that, Radcliffe says technology will continue to make a huge difference to the boundaries marathon runners can hope to break down.

“Things are improving all the time. There's been a lot of talk about the advancement in shoe technology and the better physiological understanding of how best to fuel the body during a marathon," explains Radcliffe. "Basically, the human body is only designed to get to about 20 miles if you don't take any sort of refuelling on board - so you will hit the wall around 20 miles. As we understand more and more about the best ways to get energy back into the body to be able to use quickly in the race, we will see times getting quicker.

“One of the biggest reasons that the shoe technology has come on so much is not the plate they talk about but the foam, and the fact it saves energy in your legs. The hardest thing in a marathon is getting to 20 miles and finding that your legs are dead and you can't get any more return back from them. It’s hard to keep them moving and that's part of the skill - keeping your body moving. Whereas now, people are getting to 20 miles and their legs are still fresh because they're not getting hammered by the concrete.

“I think, with all of those things coming together, we will see incremental improvements all the time. Putting an actual time on when [another sub-two-hour marathon] is going to happen is difficult. Those top athletes like Kipchoge, they're not predictable in the manner and frequency they come about. He's not old but fairly old for a marathon runner so hasn't got a lot of time left racing at the top. If he doesn't do it, the next one coming through is hard to see at the moment.” 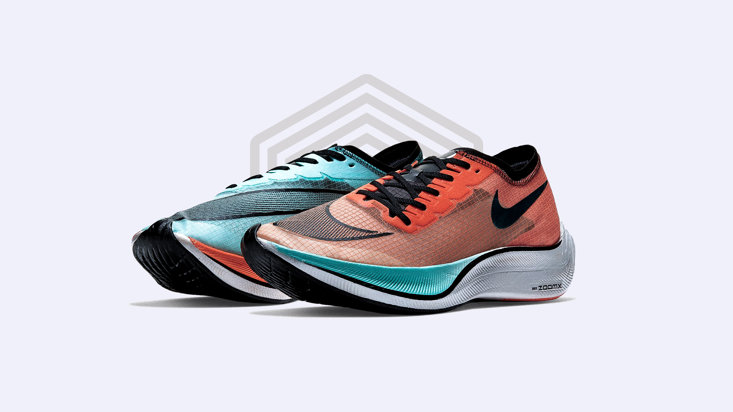 The 46-year-old says that it is too much to expect a woman to break the two-hour barrier any time soon though, and the rescheduled Tokyo Olympics in 2021 is unlikely to see any records broken.

“Not legally and without rockets on their feet! I just think the physiological differences between the male and female bodies mean that, yes maybe over ultra-endurance events women may actually be better, as they have greater endurance, maybe better powers of concentration over a long time, and certainly more fat stores as well, which is important for long endurance events. But for the marathon, that difference between the strength of the male body over the female body means there'll always be that difference. And I'm not sure how quick the men can go, but I don't imagine it's a lot quicker than what Kipchoge has already done.

“And in fact, I think it will still be a fair while before we see it actually broken in an official race, even though it was phenomenal to see that the human body could do that. And it was great for marathon running that we had that weekend where the two-hour barrier was broken, and the women's world record was broken.

“I don't expect World Records at all at the Olympics, I think it will be championship-type racing but yes, you always get some surprises. You will get the expected big names there, but the Olympic Games usually throws up some surprises. Sometimes it is just about what happens on the day.”

This article first appeared in The Sportsman on 03/02/20