Sports
Features
This year's difficulties have brought the best out of many people
Elliott Bretland
14:00, 27 Dec 2020

Sport is so much more than 90 minutes of exhilarating action or year-long quests for Olympics glory. It is passion and obsession. In fact, to millions of people around the world, it is everything.

Whether it’s playing or watching, sport has the power to do immense good too. It’s not just about the average Joe playing for the love of the game and keeping ourselves fit and active, our heroes also have the power to send far-reaching messages through sport, raising awareness to extremely important topics. In a year in which heroes have never been more needed, sport hasn’t been short of individuals going above and beyond.

Here are just five who have made a massive differences to people’s lives... 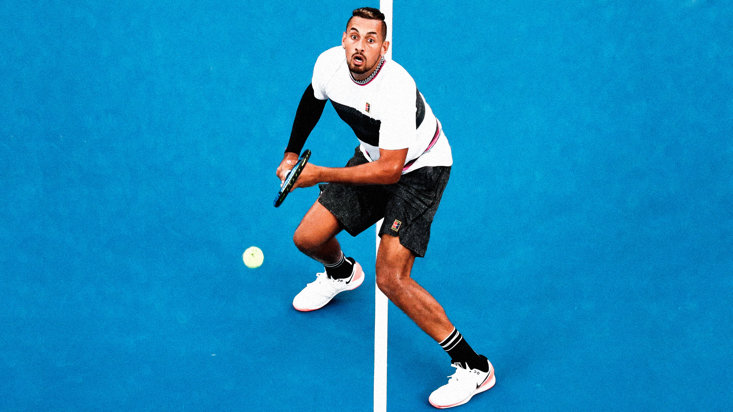 After a year dominated by the global Coronavirus pandemic, it’s easy to forget that the bushfires which swept through Australia also occurred in 2020. It was back in January that the natural disaster Down Under affected the Australian Open in Melbourne, with the air quality rated as the worst in the world and a haze of smoke delaying the first day of qualifying.

However, tennis stars rallied together to raise funds for those impacted the most. Nick Kyrgios - known as the ‘bad boy’ of tennis - led the way and helped influence a number of players to donate money with the idea for an exhibition to be played before the main tournament. He also promised to give $200 for every ace he served in the summer. Women’s number one Ash Barty also pledged to give her prize money from the Brisbane International as the tennis world came together. 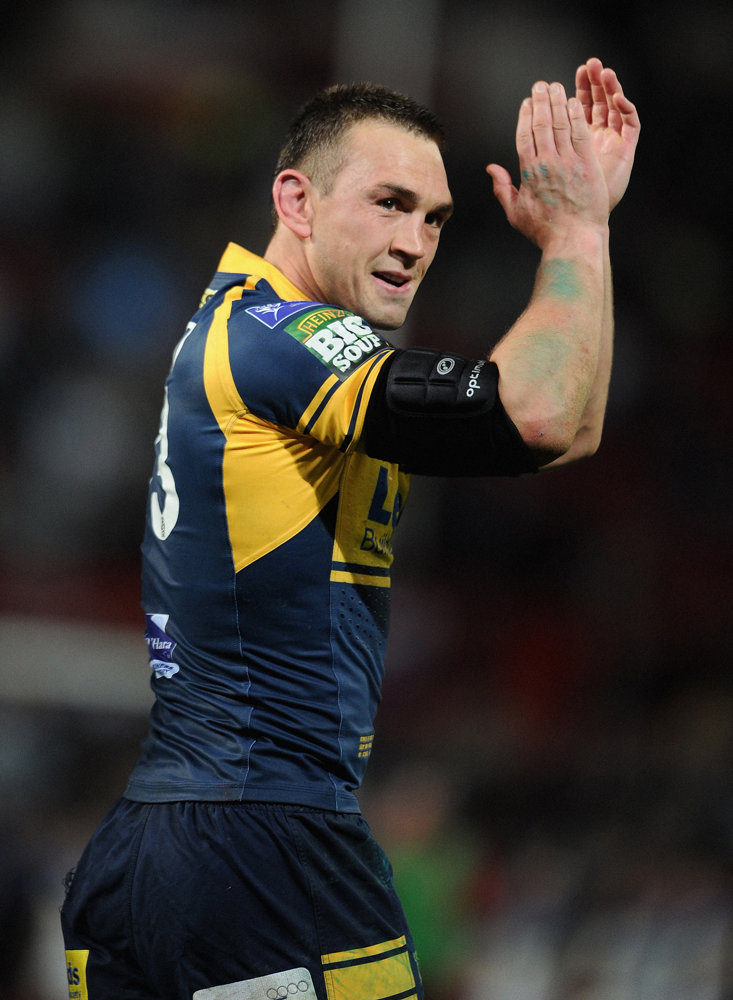 It was earlier in December that Leeds Rhinos legend Kevin Sinfield ran a mindblowing seven marathons in seven days for former teammate Rob Burrow and the Motor Neurone Disease Association.

Burrow, who was diagnosed with the disease at the end of 2019, spent 14 years playing alongside Sinfield, whose initial target for the challenge was to raise £77,777. However, Sinfield’s efforts saw more than £2.6m raised in total as the former England star’s crusade caught the public’s imagination.

"Kev, from day one, has always been a role model for me, and someone who I hold in the highest regard,” Burrow said. "I hope you know I'd do the same for you, it means everything to me.” 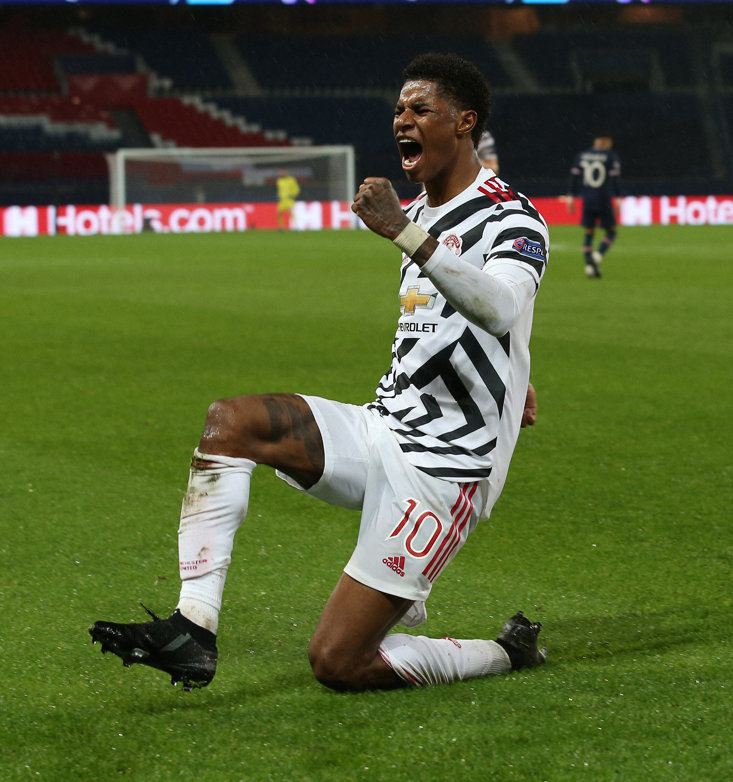 The Manchester United star has 9.4million followers on Instagram and four million fans on Twitter so all eyes are on him. Rashford used the attention for good, giving a voice to those who don’t have one by speaking out against the government in the battle for free school meals.

Those in power performed a u-turn as a result of the 23-year-old’s brilliant campaign, but he continued to use his channels as an information hub to inform people of local food banks and establishments giving out free food or offering deals.

On Sunday, he scooped a ‘special award’ at the BBC’s Sports Personality of the Year awards and in October he became an MBE thanks to his efforts.

Speaking of his own experiences as a youngster, Rashford said, “Growing up as a kid I felt if it was a 100-metre race I started 50 metres behind everybody else. It was more difficult for me to do the basic things like getting to training, eating the right things, it was a nightmare of a situation to be in, but in the end I got to where I needed to get to. Once I got there I just had this thing that eats at me saying ‘make sure you make a difference for the next generation.’” What an inspiration. 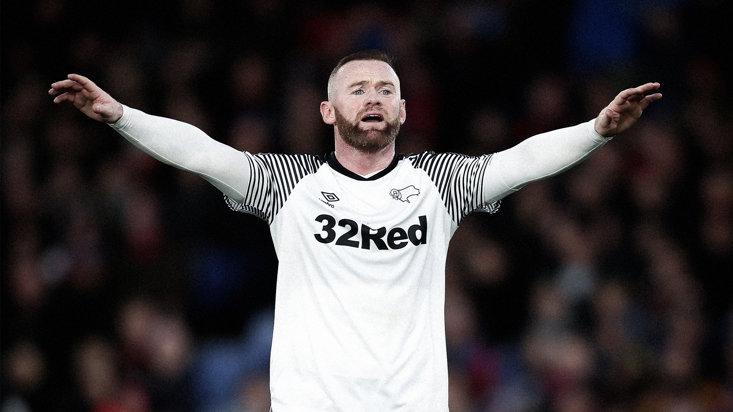 Christmas is a very difficult time for many people, and the Wayne Rooney Foundation has handed Childline £30,000 to fund services on 25 December. The children’s charity has been handed £75,000 in total, as reported by the Daily Mail, and the Derby County interim manager’s foundation has already raised £2.3m for good causes since it was created in 2015.

England’s all-time top goalscorer is also using his name to raise awareness to the NSPCC's Here for Children Christmas appeal.

“It's very upsetting to know that there are children out there who are really suffering and might be dreading Christmas,” he said. “The pandemic has had a devastating impact on many young lives and it's so important that Childline is there for young people when they need it most. I'm backing the NSPCC's Here for Children Christmas appeal as the pandemic has shown that we need the NSPCC and Childline now more than ever, to be there for children and give them somewhere to turn.” Well in, Wayne. 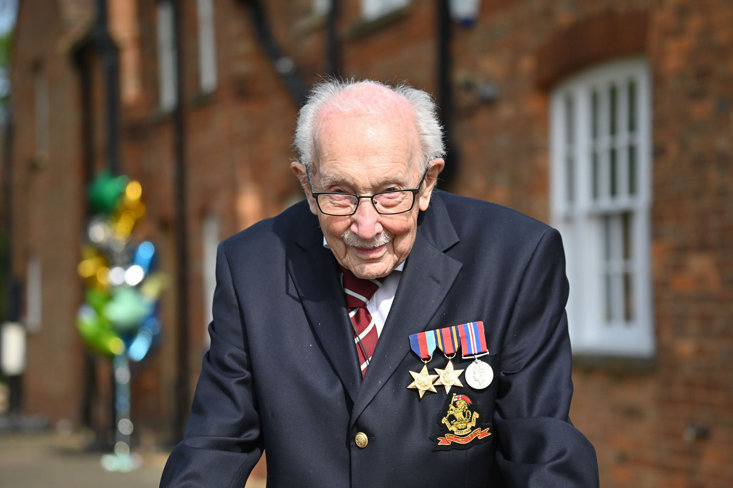 While not a sports star, Captain Tom initially set about getting active at the age of 99, walking 25 metres in a loop of his garden to raise £1,000 for NHS charities amid the Coronavirus pandemic.

However, having instantly won the hearts of the nation for his amazing determination, he ended up doing 100 laps and raised over £32m as news of his tremendous feat snowballed. After turning 100 in April, Moore met the Queen three months later and was knighted for his stunning charity work.

"I am absolutely overawed," he said, "This is such a high award and to get it from Her Majesty as well - what more can anyone wish for? This has been an absolutely magnificent day for me." Fully deserved.