I’m in. This competition had its sceptics, but having watched the action unfold for the past week, we are seeing some fantastic cricket being played in front of big crowds every single day. And It has been attacking cricket, entertaining cricket.

Even with the five ball overs, something I wasn't comfortable with having had six ball overs for hundreds of years, I think it is taking off. There have been young players making debuts, women playing in front of big crowds on TV and it has got off to a really good start.

What you want is people talking about it and a number of people on the train, in the supermarket, have stopped me to chat! I was out the other day at a food festival and people were coming up to me and saying 'Have you watched the Hundred, what do you think?' I've really enjoyed it. People have been sceptical but actually they are enjoying it, it is great entertainment and that is what you want. You want an entertaining cricket competition where anyone can go and watch and have fun for a few hours and go home and talk about it. That is what it has done and the main aim is to be entertaining and for people to jump on the back of it and it is succeeding so far it really is.

16-year-old Alice Capsey is a perfect example, hitting 50 the other day. She is a youngster getting that experience and playing on the big occasion, learning from those experiences and playing alongside internationals in front of big crowds. When you have someone making their debut at that age it is brilliant isn't it. I suppose that is what it's all about, you probably have so many boys and girls in the crowd at that age watching and being inspired by seeing her going out and performing. What isn’t there to like about that? 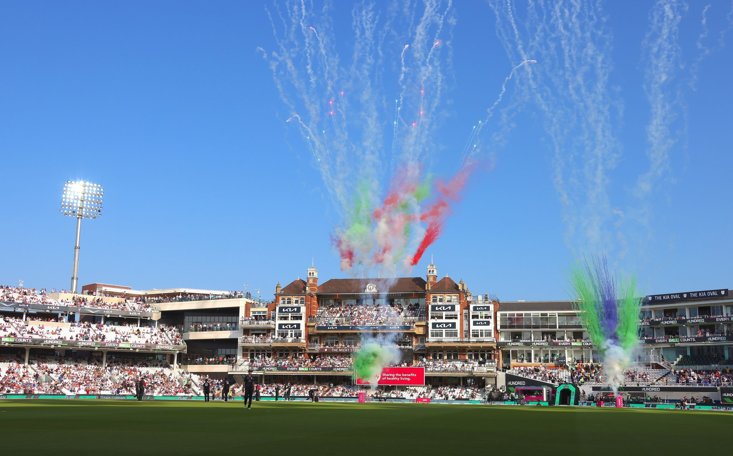 We’ve also seen some varying scores with the bat this week. When a new tournament comes around it is anyones guess what is a good score, but Birmingham Phoenix massively underachieved with their 87 all out. The wicket in Manchester was quite a surprise, generally it is a very good wicket at Old Trafford, but I thought the delivery that Matt Parkinson bowled was out of this world. It was like a Shane Warne vs Mike Gatting moment, the drift towards leg stump, outside leg and taking it off. It was a sensational delivery and that is the type of cricket people have gone to see, good deliveries and big sixes, entertainment and in the end Manchester Originals won comfortably.

As a bowler, I am biased and love to see wickets tumble, but they'll be a 200 score at some stage, definitely. Once the teams get accustomed to tactics, batting line ups and conditions and once the coaches get past the teething problems. They might chop and change it but I think we will see some very big scores. We could see some huge powerplay overs and you could see bowlers going for quite a few, especially when you play on the better wickets I think you will see big heavy scores and even more entertainment.

We are still in the very early stages of this competition but I am a big fan of what we have seen so far. Everybody is talking about the sport, and that can only be a good thing for the sport of cricket.