The road leading up to the circuit is named Via 1° Maggio - Street of the 1st of May. The Autodromo Internazionale Enzo e Dino Ferrari hasn’t hosted a Grand Prix since Fernando Alonso’s victory in 2006.

Tamburello, Imola. The infamous corner has been transformed into a chicane, somewhat poignantly still modelling a noticeable ‘S’. A plaque in tribute at the site has been shielded from view by trees and bushes, weeds grow relentlessly plaguing and violating the disused track.

Over a quarter of a century has passed since the world was robbed of Aryton Senna at Imola.

The Brazilian is still regarded as the greatest driver Formula One has ever seen.

“Racing, competing, it's in my blood. It's part of me, it's part of my life; I have been doing it all my life and it stands out above everything else,” Senna said.

On May 1, 1994 Senna left the track at 305 km/h (190 mph) whilst leading the 1994 San Marino Grand Prix. His Williams-Renault snapped to the right while he negotiated the left-hand corner. He hit the wall almost head on. Suffering devastating brain injuries at 14:17, he was later officially pronounced dead in hospital. 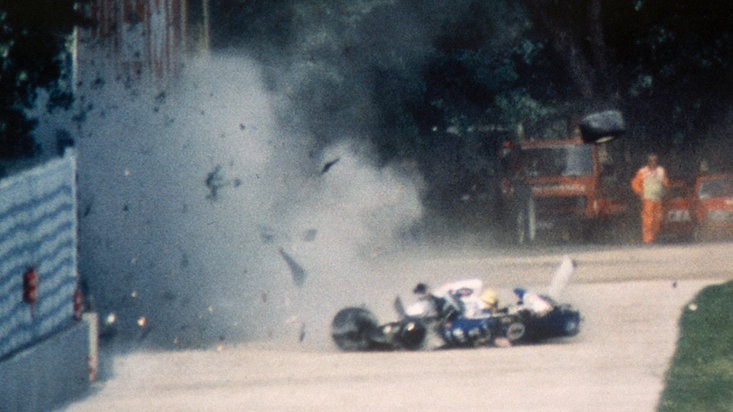 There are endless tales of the superlativeness of Aryton Senna which continues to mark him as the nonpareil in motorsport. Aside from the 41 GP victories, the 65 pole positions in 162 races, the 80 podium places, the three Drivers’ Championships, the elevating of his sport with his exceptional and riveting rivalry with Alain Prost, more than anyone in the history of F1 has the mythology, legend and truth been so brilliantly blurred.

He started go-karting at the age of four. Aged 23, he obliterated all competition in Formula Three. The year after, in 1984, he made the step up to F1 with team Toleman. His debut was fittingly at the 1984 Brazilian Grand Prix. His first win, now driving for Lotus, was the 1985 Portuguese Grand Prix. Partnered with Ron Dennis to race for McLaren he won three World Championships in four years, between 1988 and 1991. In 1994 he died.

Senna was both paragon and patriot.

As sports presenter Steve Rider recounted, “Even in the karting days the yellow helmet and indeed the driving style were easy to spot. And he was keen that the Brazilian flag should become as familiar on the race circuits and television screens of the world.

“Maybe even more than Pelé, he would become Brazil’s greatest sporting hero, and certainly its greatest ambassador.”

He would wave the verde e amarela of the Bandeira do Brasil over 40 times across his decade of lighting up Formula One. 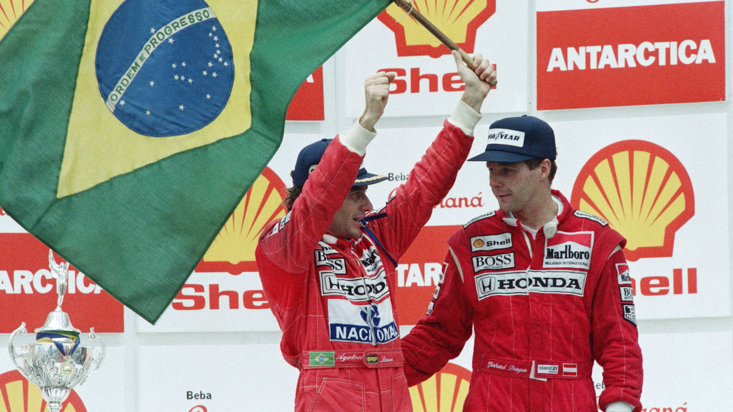 Perhaps his greatest was in 1991. Senna crossed the finish line to win a race with only one of six gears. On the 65th lap, he realized his third gear had completely gone. Fourth didn’t work either. Instead, Senna completed the last four laps and chalked up yet another victory using only the sixth gear. He had to be helped out of the car with both exhaustion and emotion. The stage? Interlagos, São Paulo, the Brazilian Grand Prix.

On-track adversity wasn’t however anomalous. In his early years, participating in the 1982 Formula Ford championship in Snetterton, England, he started in pole and won the race. During the run he had lost ground and had to regain the lead. After passing the chequered flag in first, it was revealed he had accomplished it without the use of his front brakes, which had given out on the first lap.

Almost exactly ten years later, Senna saved a fellow driver’s life in the middle of the track when Ligier’s Érik Comas crashed head first into a wall. In practice for the 1992 Belgian Grand Prix, Senna immediately stopped his McLaren in the middle of the Circuit de Spa-Francorchamps to run towards Comas. With the car leaking fuel and at risk of igniting, Senna rushed to switch the engine off and held the unconscious Frenchman’s head in a stable position as medics rushed to his aid.

Two years later, Comas would personally witness the failed attempts to revive Senna at Imola, after Comas was mistakenly waved out of the pits. He subsequently retired from the race.

Senna’s compassion and influence on his competitors was evident. In front of the world’s cameras he once scolded the future seven time-World Champion Michael Schumacher at Magny-Cours after the then-23 year-old German crashed his Benetton into the back of Senna at the start of the French Grand Prix.

The day before his own death, rival driver Roland Ratzenberger was tragically killed on the same track in quality, the corner after Senna would have his own fatal accident approximately 24 hours later. Both would also be taken to the same hospital where their passing would be pronounced, Bologna's Maggiore.

The death of Austrian driver Ratzenberger had been the first Formula One fatality in 186 Grand Prix.

On the Sunday, when the wreckage of Senna’s McLaren was examined, a furled Austrian flag was found in the cockpit, in tribute to his departed comrade of the track. 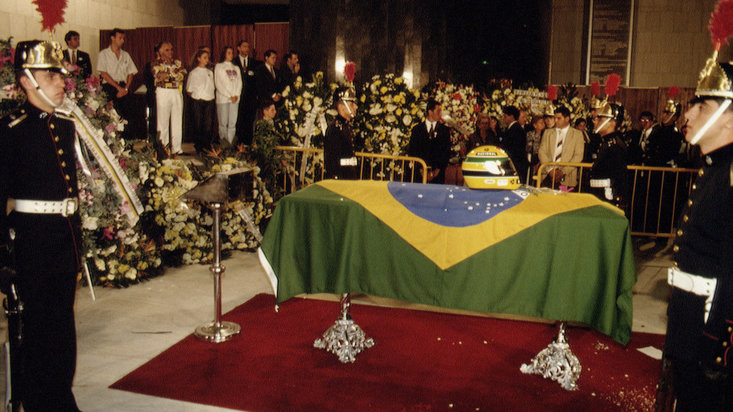 After three national days of mourning, on May 4, 1994, three million people lined the streets of Aryton Senna’s home city as their hero returned.