Football
Features
The Barca star has looked after his body more as he has got older
Elliott Bretland
16:00, 23 Dec 2020

Lionel Messi and Cristiano Ronaldo will forever be entwined as the two greats who lit up the first two decades of the 21st century and broke record after record with seemingly superhuman powers. Lifting trophy after trophy, the duo are two of the most successful and decorated sports stars in history.

However, while Juventus star Ronaldo regularly shows off his bulging biceps and committed desire to being the best with a string of workout videos on Instagram, Messi could not be any more different, preferring to keep things low key. He might have broken yet another record on Tuesday when smashing Pele's landmark for goals scored at a single club with his 644th for Barcelona against Real Valladolid, but the Argentine still tries to keep his mind on the prize.

Here we reveal some of his diet secrets and fitness routines which help him to match CR7 stride for stride.

Lots and lots of stretching

We’re told as youngsters that stretching is absolutely crucial before any physical activity, and this is something Messi takes very seriously. It is understood he stretches for an hour a day during the gruelling La Liga season with Barcelona in order to keep himself flexible amidst all those demanding fixtures.

Boasting such supreme talent with a ball at his feet, stretching actually aids the Argentine’s agility and dynamism around the field and also helps him remain supple, which is vital for all those slaloming runs he goes on before dinking the ball into the back of the net again and again. 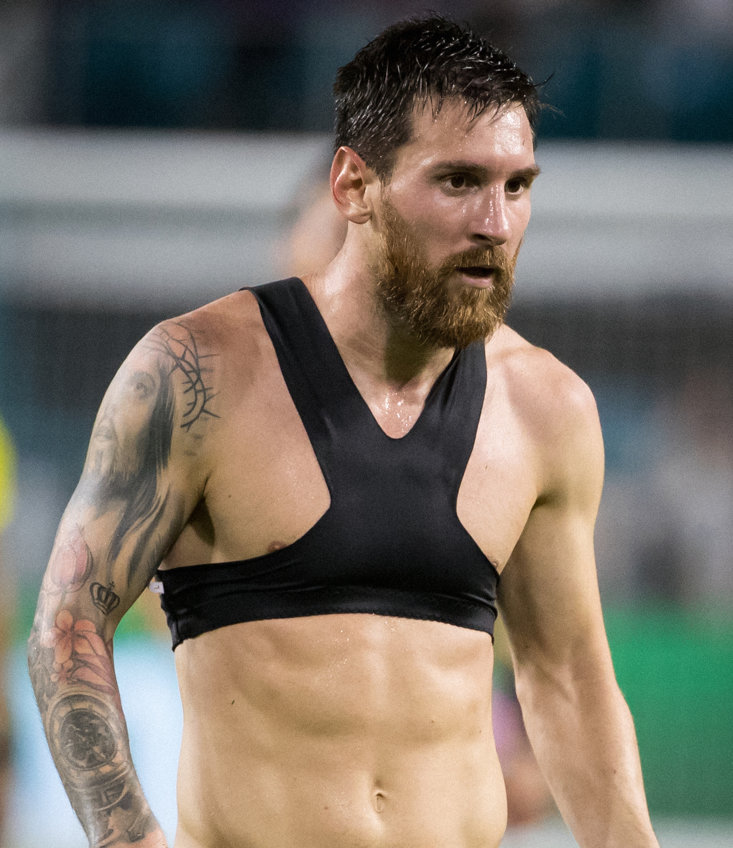 Pizza and fizzy drinks have been a favourite of Messi’s, with him admitting as recently as 2018 that eating ‘badly’ is what led to him being sick on the pitch from time to time.

“I ate badly for many years: chocolates, alfajores (South American biscuits), fizzy drinks and everything,” he told La Cornisa TV. “That is what made me throw up during games.”

Since working with Italian nutritionist Giuliano Poser, starting back in 2014, Messi’s diet has been revolutionised.

In an interview with Mundo Deportivo, Poser revealed that the Barcelona number 10 drinks lots of water, eats whole grains and plenty of fruit and vegetables, as well as good quality olive oil. As for anything that’s been sprayed with pesticides or herbicides, it’s a massive no-no. Sugar, too, is well off the menu, as it is seen as the “worst thing for muscles”, according to Poser. 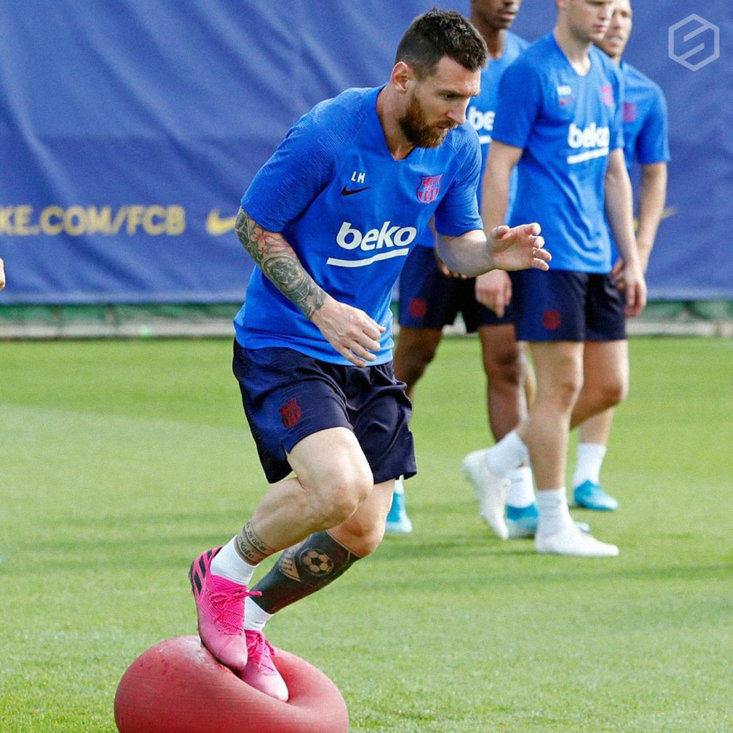 Having turned 33 in the summer, Messi is showing no real signs of slowing down. He still looks like he could keep up with his great rival Ronaldo well into their late 30s. That may be due in part to the fact that he boasts an unbelievable football brain, but he also looks after himself and looks more trim and buff now than he did in his 20s.

A big part of his regime is cardio, as he focuses mainly on maintaining speed rather than building muscle per se. Before undertaking acceleration drills, Messi does lunges, hamstring stretches and pillar skips as well as the hurdle hop to strengthen his legs and core.

For Messi, his natural God-given talent means he is already head and shoulders above so many defenders who even dare take him on, perhaps not in size but certainly in stature. Boasting a mental toughness as he rides challenge after challenge, the 5’7” Argentine was never going to beat his opponents by being muscly, instead it’s all about lightning speed.

Of course, as he reaches the end of his career, his body will start to slow. That is only natural. But he is doing everything in his power to maintain his unreal levels and, according to manofmany.com, Messi does two to three sets of five hurdle hops, three further hurdle drills to boost movement, and four reps of the lateral bound, which is hopping from one foot onto the other from side to side. It looks like a knackering routine but it seems to be working perfectly for the maestro.

Core fitness and using the greats as inspiration 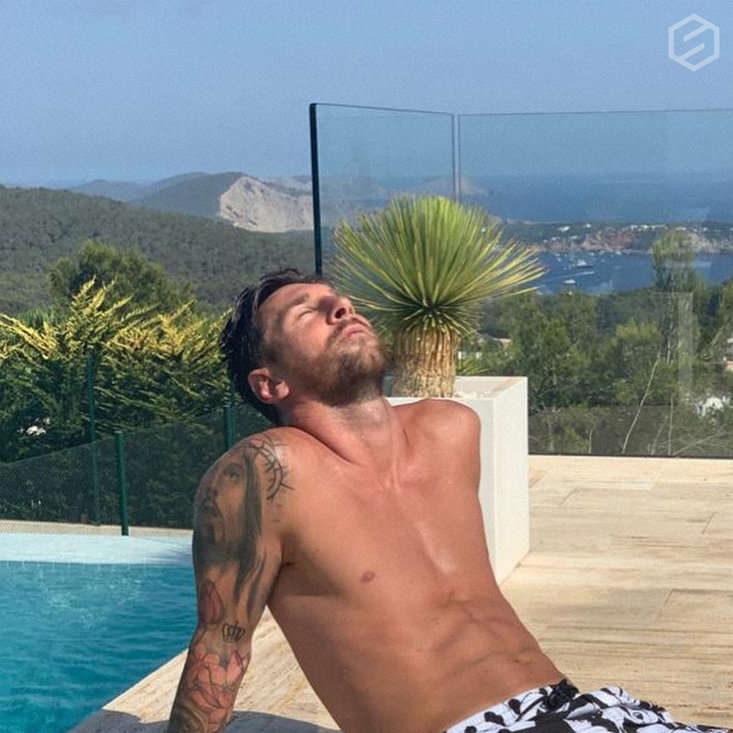 During lockdown, Messi, who boasts 168 million followers on Instagram, gave his fans a glimpse into how he was maintaining his routines at home. With a gym at his house - which is adorned with plenty of images of Muhammad Ali for inspiration - there are a number of treadmills on show, as well as a spinning machine.

Messi used small weights to aid his workouts on the mat, increasing his workload as he did sit-ups and holding two dumbbells above his head to strengthen his core.

Just like his skills on the football field, Messi keeps things so simple but gets amazing results to make him every bit as inspirational as his idol Ali.