All the great love stories have a happy ending, with the protagonists finally getting together after years of staring longingly from afar. And so it is that in 2021, Daniel Ricciardo and Lando Norris will drive together for McLaren, bringing us the Formula One pairing we’ve all been crying out for over the past two years.

For Ricciardo, this is first and foremost a chance to turn a page on two underwhelming years at Renault. While he has secured third-place finishes in the Eifel and Emilia Romagna Grands Prix of late, they were his first visits to the podium since his 2018 win in Monaco while still at Red Bull.

And while confirmation of the Australian’s departure for McLaren earlier this year led to a public lamentation from Renault principal Cyril Abiteboul, he admitted in the next breath that the team needs a better car to entice and keep a higher quality of driver. 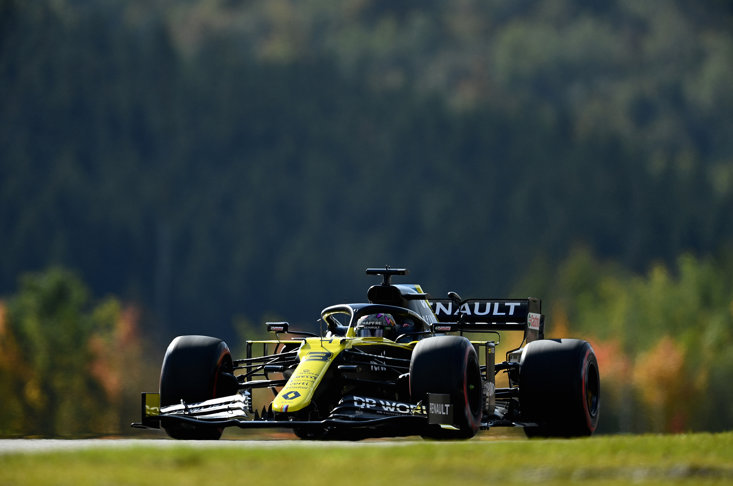 Ricciardo needs something new. Having been a consistent challenger for the majority of his five-year run at Red Bull, his career has hit a flat spot. He knows that better than anyone, hence why he was in talks with Ferrari long before he signed his two-year deal with McLaren. Sure, he admitted that “there have been discussions already from a few years back” with Ferrari, but it seemed clear that this time around if it was not Ferrari it would be somewhere else that wasn’t Renault.

That has led him to McLaren, and into the loving arms of Lando Norris. The Brit has become the darling of the F1 roadshow, with his cheeky smile and infectious enthusiasm giving the sport a new idol. His appeal to a new generation through social media and Twitch game streaming, complete with regular phone calls to other drivers, has taken F1 by storm. More than that, he has engaged with his opponents in a way few of his predecessors have managed, with Ricciardo right at the head of that queue.

From joking with each other about pubic hair at a Silverstone press conference in 2019, which led Norris to burst into an uncontrollable fit of giggles, to their multiple interruptions of one another’s broadcast interviews, to the times one hasn’t been able to walk past the other without a sly quip or a loving tap on the helmet, these are two personalities who simply can’t stay away from each other. And while we’ve heard for time immemorial about clashes between teammates in F1 garages, this could truly be one of the greatest partnerships we have ever seen on a personal level. 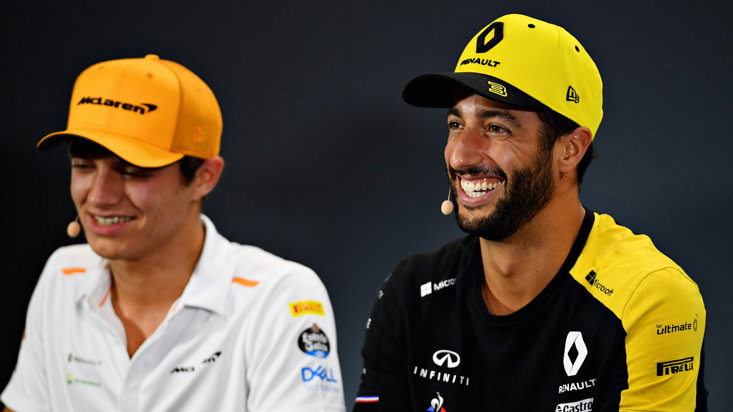 Both in terms of his racing and his off-track perception, Ricciardo has needed Lando Norris in his life. As things began to go south for him at Red Bull he was considered a burn-out by some. The new set of young guns were being tipped to take over, and Ricciardo wasn’t one of them. But with Norris by his side in an increasingly-resurgent McLaren car, we could be about to see a renaissance from the 31-year-old. And it is just what F1 needs.

After years of Lewis Hamilton and Mercedes dominance, a competitive McLaren driven by two guys who are busting a gut for one another might be just the kind of impetus the sport is after. How good would it be to have Red Bull, McLaren, Ferrari and more all pushing up close to Mercedes for a change?

A full 22 years on from their last Constructors’ Championship crown, it finally feels like McLaren are becoming part of the conversation once more. And with Norris and Ricciardo teaming up, with all the back-and-forth fun that will entail, this is a pairing that we’re going to be unable to keep our eyes off. For their sakes and ours, we can’t wait for the 2021 season to get started.