Boxing
Features
One of the greatest ever amateurs could have fought Muhammad Ali at his peak
Kieran Spratt
06:50, 02 Aug 2021

Former featherweight world champion Barry McGuigan once said that "Cuban boxers are genetically predisposed to boxing,” and when you look at their success rate at an amateur level, it’s hard to disagree. Since 1972, fighters from the Carribean island have won 37 gold medals at the Olympic Games in boxing, more than any other nation.

It could, and should, have been more. Of those 35 gold medals, three were won by Teófilo Stevenson in the heavyweight division, perhaps the finest amateur boxer to ever step foot in the unpaid ranks.

Stevenson, born in Puerto Padre in 1952, took the heavyweight gold medals at the Munich, Montreal and Moscow Olympic Games in 1972, 1976 and 1980 respectively, becoming only the third boxer after Hungary’s Lazlo Papp and fellow Cuban Felix Fabre to win three Olympic golds in boxing. It could have been five, an achievement never before seen or likely to be ever seen, but Cuba’s withdrawal from the 1984 and 1988 Olympics, along with many several other Communist nations in response to a US-led boycott in 1980, meant that Stevenson would never get the chance at fighting for immortality.

Affectionately known as ‘Pirolo’ in his native Cuba, Stevenson was famous for his crunching right hand, deft technique and footwork that laid the groundwork for many Cuban pugilists that followed, and was a gentleman inside and outside of the ring. Were it not for Cold War politics, Stevenson could have been one of the most famous, and richest, fighters in the world. 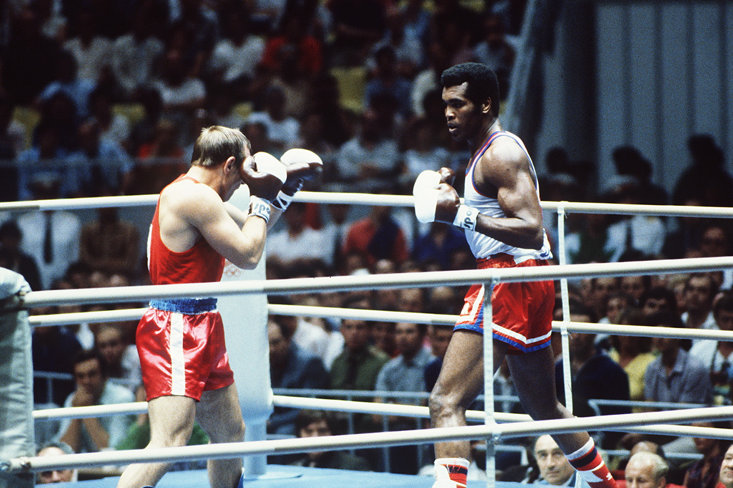 Stevenson’s prime in the 1970s coincided with Ali’s own glory years, so much so that American media often dubbed the Cuban as “Ali’s Communist twin.” The fight sadly never happened for a number of reasons - Stevenson had no intention of relinquishing his status as a Cuban amateur and when the two finally met in Havana, they disagreed on the number of rounds. Stevenson preferred three or four round bouts, whereas Ali wanted the standard championship fifteen. Ironically, as Stevenson was fighting for his third gold in 1980, Ali’s career was essentially ended by Larry Holmes. Stevenson was quick to point out that maybe it should have been ‘The Louisville Lip’ that had picked three or four rounds.

Stevenson’s narrowly missed dance with Ali wasn’t the only attempt to bring the gifted amateur into the big time. Bob Arum was interested and where there’s money to be made, you better believe Don King is lurking in shadows. The wacky-haired promoter said Stevenson "would have been phenomenal as a pro, he could have been in the same class as Muhammad Ali or Joe Frazier. But we'll never know." 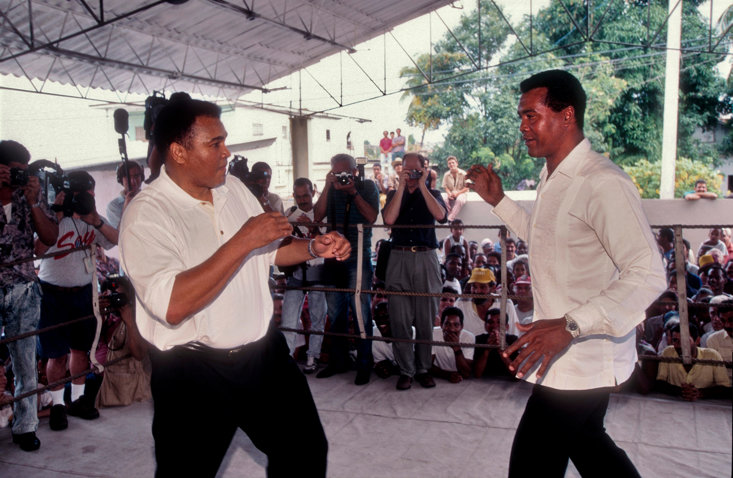 Sadly we’ll never know what he could have achieved or how much he could have earned but to Stevenson it was irrelevant - he was a king in Cuba and had no remorse over supposed missed opportunities. “I prefer the affection of eight million Cubans,” he once said.

There was an appropriate outpouring of grief in Stevenson’s homeland when, aged 60, he died from a heart attack in 2012. At his funeral, hundreds of Cubans flocked the streets of Havana for his final procession. “The Cuban sporting family was moved today by the passing of one of the greatest of all time,” read a statement on Cuban news.

He’ll never get the worldwide recognition his “Democratic twin” Ali had, but to the people in his home country, Teófilo Stevenson, the greatest ever heavyweight amateur, is just as beloved.