Britons have had few precious opportunities to witness one of their own compete for the grandest prize in tennis having already  made their way to the definitive match at the All-England Club. There hasn’t been a female winner since Virginia Wade in 1977, and Sir Andy Murray reaching three finals in five years between 2012 and '16 ended a dire eight-decade absence for a Brit in the British-based men’s competition. In fact in the Open Era (1968 onwards) there have been just five occasions to observe a British finalist, male or female, in the showcase event at Wimbledon.

Still, when Fred Perry reached the Wimbledon final for the first time in 1934, to face defending champion John ‘Jack’ Crawford, the Stockport-born working class hero was putting to an end yet another woeful run that had meant neither a British male representative for the final hurdle in 22 years, nor a winner in a quarter of a century (both Arthur Gore) - though there was the little matter of the First World War to excuse a number of those years. 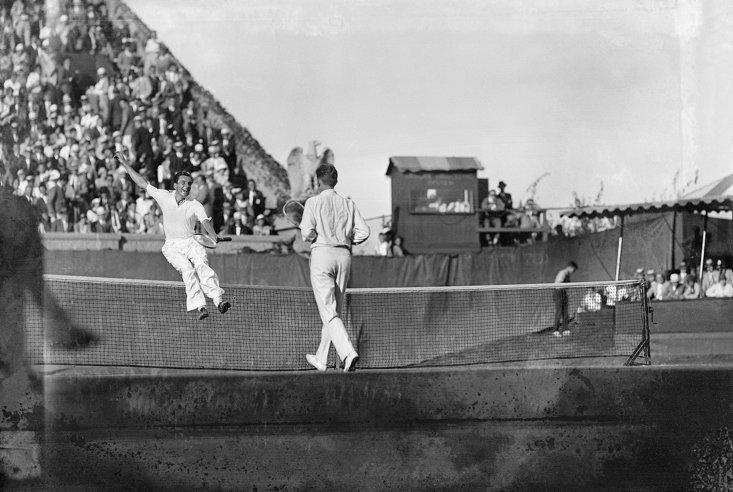 New South Wales native Crawford had been on the verge of becoming the first man to complete the Grand Slam, holding all four majors in the calendar season, but his 1933 triumphs in Australia, Roland-Garros, and SW19 couldn’t be complemented by victory in New York. The man who denied him? Fred Perry, in a five-set thriller at the West Side Tennis Club in Forest Hills. Perry stunned Crawford by replying from 2-1 sets down to claim a 6-3, 11-13, 4-6, 6-0, 6-1 win. By just one set, it would be the only Grand Slam title Crawford would ever miss out on.

That first part of the Career Grand Slam, in the U.S. National Championships (now Open) at the tail-end of 1933, initiated a marvellous run for Perry into the next season. Four months later, in a January Melbourne, the first and second seeds appropriately went all the way, however it needed just three sets for Fred Perry to claim his fifth Australian scalp of the tournament and his second major: Crawford dethroned again by his English adversary.

The third part of this thrilling tennis trilogy would conclude in the west London summer of ‘34. 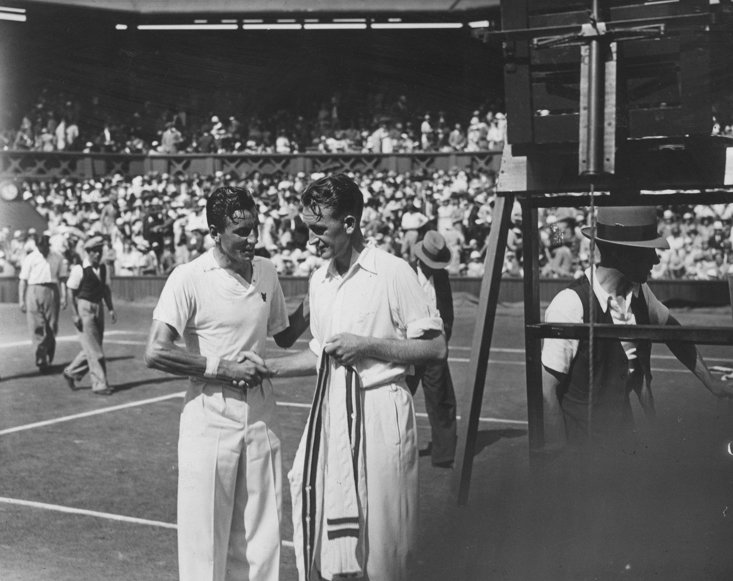 Born in 1909 in the north-west of England, Fred Perry famously only became interested in the sport in the early twenties, had been more enamoured with table tennis, and only really swapped whiff-whaff for the larger racquet on a court when he was 18 years old.

“The first time I ever saw a [tennis] game and finally got interested [was when] my family were down in Eastbourne for a holiday and one morning I ‘escaped’,” Perry described in his retirement, “I ran off to a Devonshire park, peeped through the fence because I couldn’t afford to go in and I saw these crazy people running around in white clothes and chasing this little white ball and it looked very nice.

“I watched it for a couple of hours,” he continued, “And there were these big, sleek cars outside.

“If they play tennis and they get those kinds of cars, that’s for me.”

Perry first qualified for Wimbledon in 1929, where a highlight came from beating another Englishman called ‘Captain Dick’ in five sets. He then reached the semi-finals of the tournament two years later in 1931.

“England versus Australia at Wimbledon sounds all wrong,” stated the Pathé newsreader Charles Eade, “But it’s here that Fred J Perry, our number one, meets Crawford in the final of the men’s singles” as the two constantly contesting sportsmen came face-to-face over the net once again in 1934.

Crawford ‘drew first blood’, taking the first game, but this minor blip seemed to ignite the Englishman, who won the set 6-3. A third of the way there, Perry didn’t release and produced a 6-0 sweep in the second, with Crawford’s hard-hitting proving ineffective, with Perry flawless in response.

“The last set develops into a battle royale,” described Eade, “For the first time we see the real Crawford.”

After a quarter of a century of waiting, Britain had a new champion at the British Championships. Furthermore, it allowed Perry to claim that year the Top 10 top spot for the first time, an accomplishment he retained for the next two. A third piece of the puzzle in his pocket, with victory in France in 1935, Perry became the first male player in history to win the Career Grand Slam. 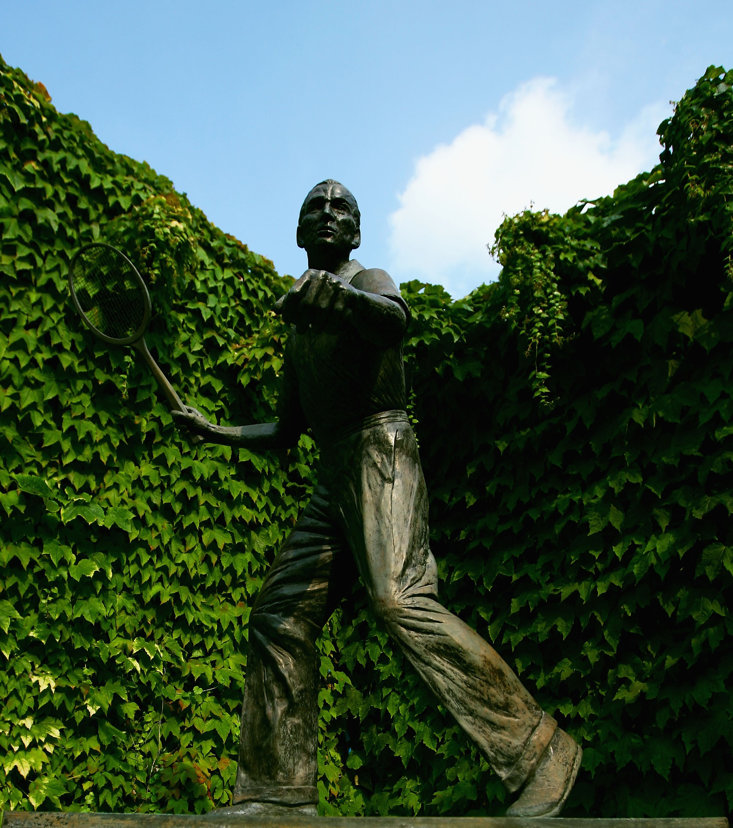 All of Perry’s majors were all won within his eight-year amateur career between 1929 and 1936. He then turned professional in 1937 and retired in 1956. In a murmuring Europe that was on the verge of devastating eruption, Perry’s significant defences of his Wimbledon victory were against the German Gottfried von Cramm in 1935 (6-2, 6-4, 6-4) and in 1936 (6-1, 6-1, 6-0). The latter was earned in a blistering 45 minutes. To this day at Wimbledon, Perry still holds the records for most titles won without losing a set, and his 62 consecutive sets won from 1934-36 is the watermark. Alongside two other greats in Björn Borg and Rafael Nadal, Perry is one of only players to win three major titles without losing a set.

Retiring from the sport in 1956, Perry was described by the International Tennis Hall of Fame as not “a powerful hitter” but with the ability to “move on the court like a cobra.”

“His running forehand was a shot players tried to emulate. He proved that one could play attacking tennis without having to serve-and-volley on every point.

“Perry was a fashionable all-court player who employed a continental grip that he never changed between hitting forehands and backhands. He had tremendous hand-eye coordination, solid strokes, punchy volleys, and a reliable overhead and serve, but it was his supreme and abashed confidence that provided him with the winning edge.”

Murray was awarded £1.6million for his victory in 2013. Perry’s? A £25 shopping voucher. And that famous statue, of course.