Tennis
Features
Ahead of the tournament's return, here are some of the reasons we think Wimbledon is the greatest Grand Slam
Jack Porter
08:15, 24 Jun 2021

After a year away, Wimbledon, arguably the most anticipated Grand Slam and hottest ticket on the sporting calendar, is finally back this month and to get everyone in the mood for a fantastic summer at SW19, we've decided to take you through some of the most memorable, dramatic, and frankly ridiculous moments to have taken place the courts over the tournament's 144-year history. 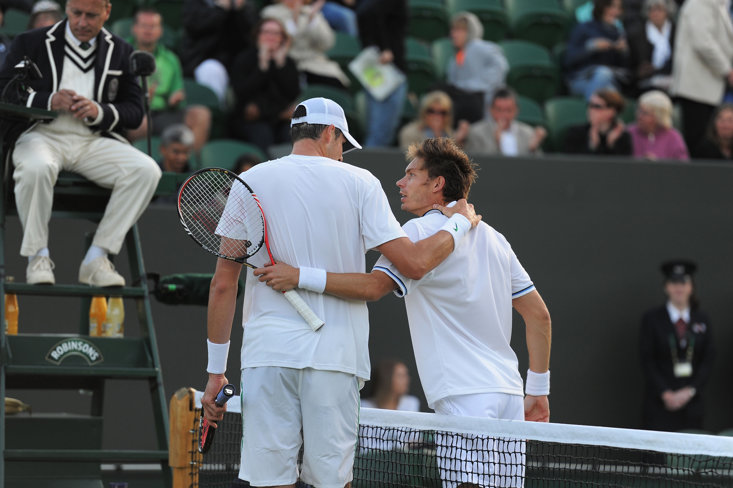 American Richard 'Pancho' Gonzales and Puerto Rican Charlie Pasarell must have thought they could sleep easy (and well-earned) for the rest of their lives after they played a blockbuster 112 game first-round match which lasted five hours and 12 minutes over two days in 1969, knowing that all their effort would likely keep them as the record singles holder for longest match at the All-England Club.

But no, another American had to come along and help ruin it, in the form of John Isner who eventually overcame Frenchman Nicolas Mahut in the infamous encounter of 2010 that took 11 hours, 5 minutes of play over three days, for a total of 183 games and setting ten stand-alone records. The final set alone lasted 8 hours, 11 minutes. Shudder to think of the blisters! 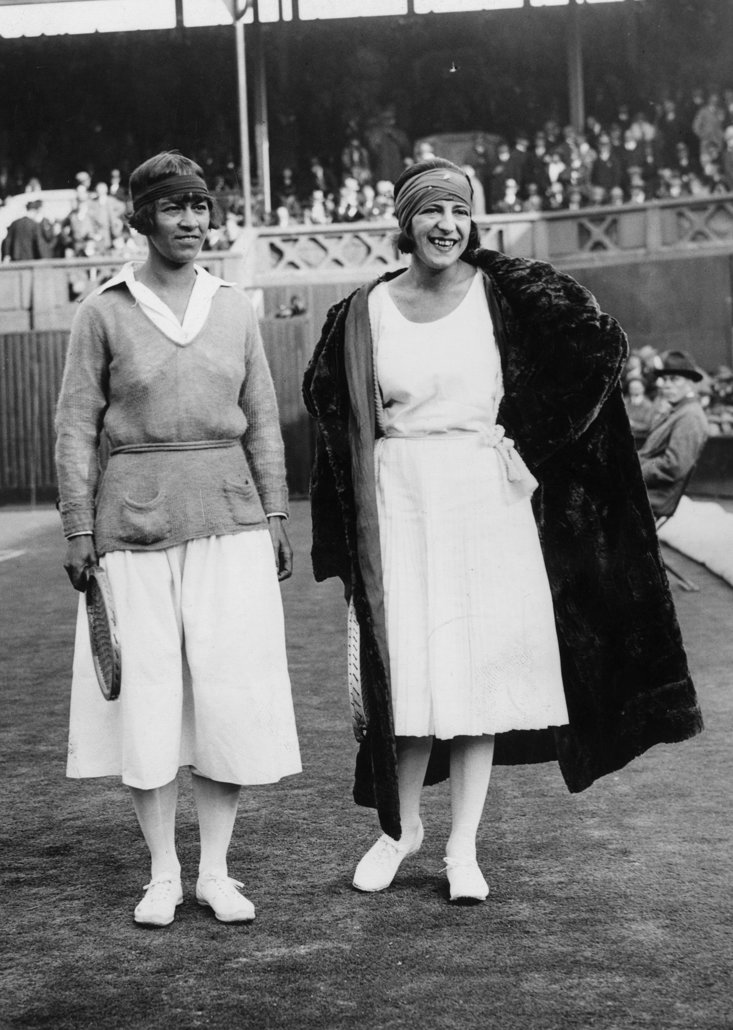 Let’s head to the other end of the spectrum. Take a break from reading this article and switch on a classic episode of Friends. Once you’ve finished watching it, think to yourself that in the time taken you could have been made the Wimbledon ladies’ champion of 1922.

The great French player Suzanne Lenglen was hoping for her fifth consecutive triumph at the tournament, and her rival, the Norwegian-born American Molla Mallory was the dominant force at the U.S Open, who would win her seventh of a record-setting eight by the end of the year.

Lenglen desired retribution over Mallory following the defeat at the U.S. National Championships the year prior. That loss would remarkably turn out to be Lenglend’s only post World War I. Though Mallory won the first two games, Lenglen went on a 12 game rout without response, winning 6-2 6-0 in a match totalling just 23 minutes in Wimbledon's records books. In fact, it’s taken us longer to write this paragraph than it did for Lenglen’s win. 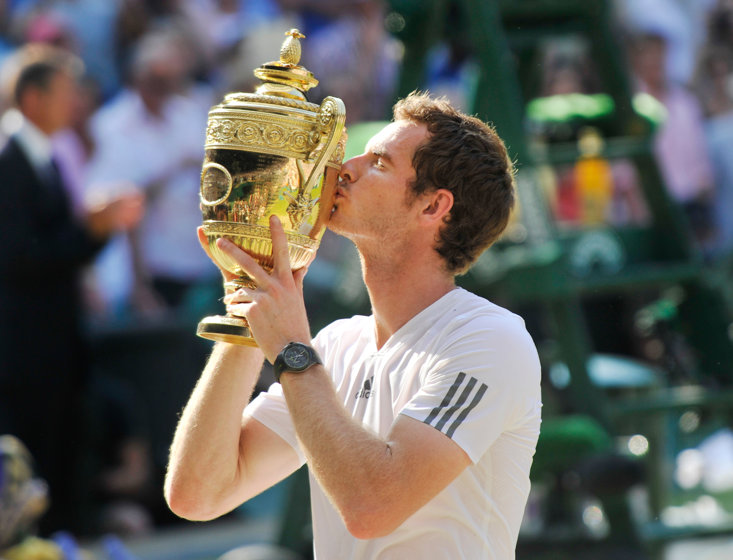 Wimbledon is so British. It’s so bloody British, it probably queued up to be built, and when it was, it was most likely on a wet, windy day, and then apologised for inconveniencing anyone.

And yet, the Championships have constantly betrayed the hearts of the collective nation. Britain's last homegrown final was all the way back in 1961, on the 75th anniversary of the championships, when the women's final was contested by two British players, Angela Mortimer and Christine Truman, for the first time since 1914. 16 years later it produced the last woman to win it - and also a Grand Slam tournament - in the form of Virginia Wade who won Wimbledon in 1977,

Most Brits couldn’t help but shed a tear when Andy Murray (sorry, Sir Andy Murray) lost in the 2012 Final to Roger Federer and meant he was still yet to emerge out of the ever-extending shadow of the legendary Fred Perry. A year later, Murray was back, so was that supportive crowd, and it was crying with delight rather than disappointment when he thrashed Novak Djokovic in straight sets, becoming the first Scottish champion in 117 years. Not a dry eye. 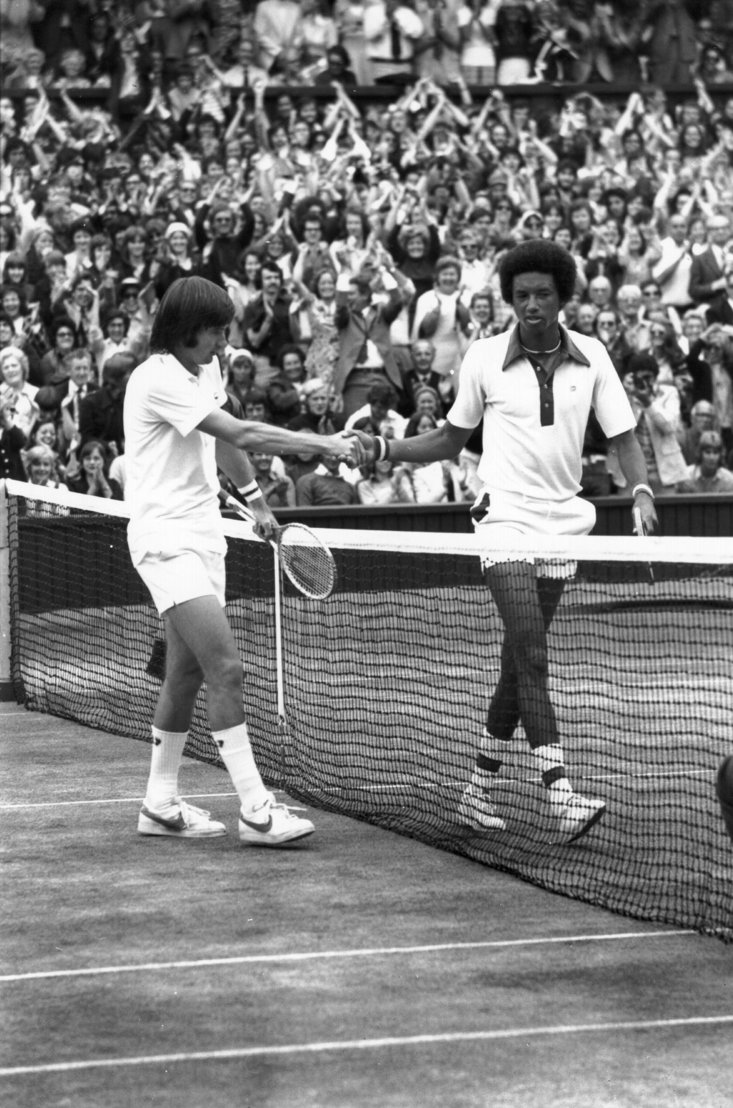 Eight-time Grand Slam champion Jimmy Connors can rightly claim to be one of the United States of America’s greatest ever players, but he’s far from the most popular. The iconic Arthur Ashe in particular loathed the pomp of the rodomontade with the racquet.

The mutual animosity between the two compatriots began with the Davis Cup, of which Ashe was the first African-American to represent the U.S. in the competition. Connors however, consistently refused the call-up. Whereas Ashe channelled his inner-musketeer with an ‘all for one, one for all,’ scrap the latter half of that for Connors. Then, in 1974, Ashe was elected president of the new male tennis union, the Association of Tennis Professionals (ATP), which Connors refused to join and then filed a lawsuit against.

Ashe, still aggrieved at the constant Davis Cup slight, responded with a letter - which ultimately became public - accusing Connors of being ‘unpatriotic’, Connors and his agent filed another lawsuit, for libel, with Ashe its target and damages of $3million. The date? Just two days before the start of Wimbledon ‘75.

Ashe, then 32, was on his ninth swing at the competition, Connors was nine years his junior and had won nine of the tournaments he had participated in in 1975, meaning that when the final rolled around on July 5, he was the overwhelming favorite to defeat Ashe. Fittingly, both opponents were also dressed up to the nines. Connors wore an Italian designer suit, Ashe a patriotic, eye-catching Davis Cup sweatshirt emblazoned ‘USA’.

Ashe, playing a noticeably slow game to deliberately defy Connors’ strong style, won the first set 6–1. Then Connors hardly won a point in the second set. The younger man fought back to win the third but Ashe became the first - and still so far only - black man to win the Wimbledon singles title. To rub salt into the wound, he deviously accused Connors of ‘choking’. 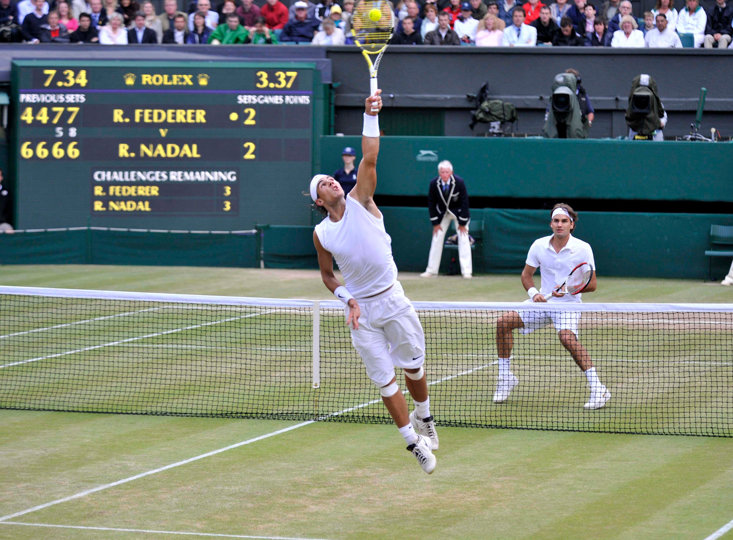 It may be the best Wimbledon moment, it may be the best Grand Slam Final, it may very well be the best tennis match ever produced. It’s a final that can stand shoulder to shoulder with the very greatest boxing showcases of the 20th Century, that couldn’t have been more beautifully and more dazzling choreographed had Diaghilev himself arranged it.

It was Federer with the finesse and a raw Rafa, the two greatest players in the world, perhaps in history, as they met in the final again for the third year running and concluding a Wimbledon era that hasn’t yet been bettered. Federer was looking for his sixth in a row to better Björn Borg’s record, a 21-year-old Nadal hungry for his first other Grand Slam to pair with his four consecutive titles at Roland Garros.

It was the last of the mid-2000s tennis treble that pitted the two together in the final at Wimbledon, as the two produced a simply hypnotic dance, with Federer clawing back from two sets down to even the score as the dramatic nightfall fell before Rafa edged with a 9-7 finale.

It was an event you never wanted to finish, and neither of the two truly sovereign stars of the sport to lose. A truly blessed once-in-a-century sporting sermon in the most sacred cathedral.