Steve Dale has finally accepted an offer for Bury FC and the English Football League have granted an extension until Tuesday at 5pm to allow for the sale to go through. We had a look at Rory Campbell, in the hope that he will be a better fit for the club than Steve Dale was.

Graduating from Oxford University in 2009 with a degree in Politics, Philosophy and Economics, Campbell, son of former Labour spin doctor Alastair, has a sharp mind and is good with numbers. In an exclusive interview with StarSportsBet as part of their #BettingPeople series last year, he said: “I spent the majority of my degree time playing poker, watching football and betting on football.” Deciding against the typical career route of a job in The City, Campbell started up his own company, C&N Sporting Risk, with Henry Newman former Barnet FC head coach and West Ham opposition scout. C&N work to use data to create predictive modelling and work with football clubs to analyse their data, as well as being professional punters across the sporting market.

It is fair to say the company are well versed in the world of football and know their stats, and more importantly, how to use them. Campbell stated:

He continued: “Being very clear about the information you’ve got and what that actually means is probably the most important thing in terms of hard work and that’s the thing about management. A football manager needs to pick a team to win a game, he’s got lots of different pieces of information, he’s got previous results, he’s got watching the players, he’s got coaches around him who have got an opinion, he’s got data on the players if he uses that, he’s got an opposition assessment -  he’s got so much information and at the end of the day he’s got to make a decision so it’s putting together all of the information you’ve got at your disposal and deciding what’s the most important thing for that exact context or that exact situation.” 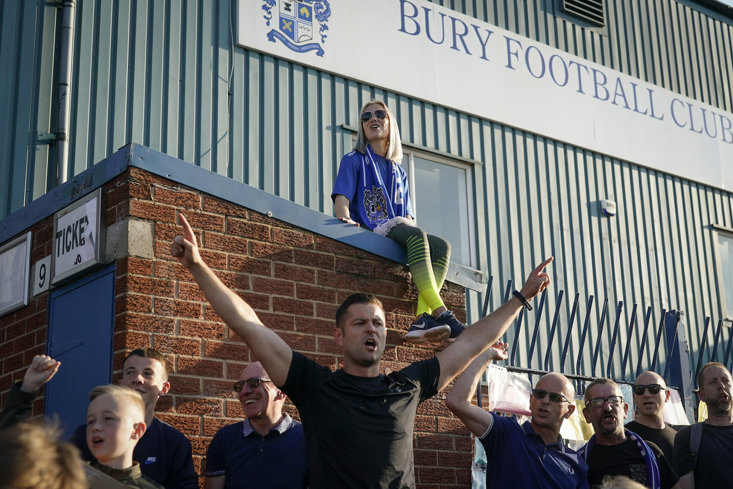 Campbell believes that clubs could and should be doing more with the information they possess. When asked what football clubs are currently doing wrong he answered:

“A lot... Football clubs operate in an environment with huge variability, not a lot of goals in games, and not a lot of games in a season. So I think trying to use analytics to build more tangible objectives is where they’re lacking. Using analytics should be able to give them the framework to be able to understand their objective and understand their chances of getting there and giving themselves the maximum opportunity of getting there.”

Campbell believes that luck is what keeps the betting industry going, if games were predictable then there would be no market. Bury FC have had a tough time, but despite the off the pitch struggles, they surprised many by securing promotion to League One last season. Belief that anything can happen is crucial in professional analytics and punting and is part of Campbell’s character. He said:

“I like to think that nothing is ever perfect and no one ever solves anything, as long as you’re constantly trying to improve how you’re working I don't think you should ever limit yourself by saying someone’s too big for you to beat.”

When asked about his self-confidence and if he has a strong character he replied:

“Yeah I guess so. When you’re in a world where there is a kind of instantaneous statement of how well you’re doing, every single game you win or you lose. So I think dealing with that and having the character to deal with it, there is a fine line between dealing with it, and being stubborn and being loyal to what you’ve done, but also having the ability to be able to say we might have got this wrong and we need to evaluate and move on.

The rise of statistics in the game is prominent as we saw from Marcelo Bielsa’s surprise press conference at Leeds last season, but Campbell believes statistics will become even more vital in a club’s success.

“If you’re a club I think it’s going to take a longer period of time to understand how and why, the optimal way to make it work. I think over time clubs will gravitate towards that and I think we as a company would like to be in a place where we can service and act as the sports analytics, football analytics company that will optimise a lot of those things for different companies and different parts of the industry.”

Perhaps this new ownership deal, if it goes through, will be C&N’s way of taking their analytics to the Football League, although perhaps in a more direct way than Campbell imagined last year.

You can watch the full interviews here. https://www.starsportsbet.co.uk/interview-rory-campbell/