Football
Features
The notorious agent steps on as many toes as he can to get a deal done
Graham Ruthven
17:01, 13 Dec 2019

He’s the man who bought Al Capone’s old villa in Miami with his cut from a world-record transfer, told Zlatan Ibrahimovic to sell his cars and watches and start training three times harder, and called Liverpool manager Jurgen Klopp “a piece of s**t” for the way he treated Mario Balotelli.

And now Mino Raiola could be the man standing between Manchester United and a serious move for Norwegian striking starlet Erling Braut Haaland. He has got history, after all.

Back in the summer of 2016, when United were interested in Henrikh Mkhitaryan, the notorious agent reportedly threw a chair across a room to make his point to Borussia Dortmund, who at that time were digging their heels in over their valuation of the Armenian. Of course, Mkhitaryan ultimately made the move to Old Trafford, in no small part due to the bullishness of his negotiator.

There are few men in football as compelling as Raiola. He is the agent who has pushed through some of the biggest deals ever witnessed in the game and through his stable of players, which includes the likes of Paul Pogba, Matthijs de Ligt, Zlatan Ibrahimovic, Marco Verratti and Mario Balotelli, the Dutch-Italian has become one of the sport’s most powerful figures.

When Pogba arrived at United in an £89.5million move from Juventus in 2016, Raiola made a £20million cut and immediately spent £7million of it on a seven-bedroom gaff in Miami formally owned by notorious mobster Capone. With five full-size bathrooms, 30,000 square feet of garden space and a 60,000-gallon capacity swimming pool, the agent suddenly became the owner of one of the most luxurious homes in the world.

His brash style is every bit as grandiose as his taste in houses. After Jurgen Klopp oversaw the departure of Balotelli from Liverpool to Nice in 2016, Raiola blasted to La Gazzetta dello Sport: “The Liverpool directors admitted Klopp was unfair. I won’t judge him as a coach, even if for me he isn’t a great tactician, but I don’t think he realised we were talking about a person. Mario was exemplary, he never complained even when training alone.

Klopp was far from the first manager to feel his ire. Sir Alex Ferguson infamously wrote of his dislike for Raiola in his autobiography, while Pep Guardiola was once the subject of a stunning diatribe: “Pep Guardiola, the coach, is fantastic. As a person he’s an absolute zero. He’s a coward, a dog.”

His beef with the Catalan stemmed from the way Guardiola failed to get the best out of Ibrahimovic during the Swede’s spell at Barcelona in 2010-11.“You bought a Ferrari and drove it like a Fiat,” Raiola told Guardiola after Zlatan was gradually phased out of the number-nine role in favour of Lionel Messi. 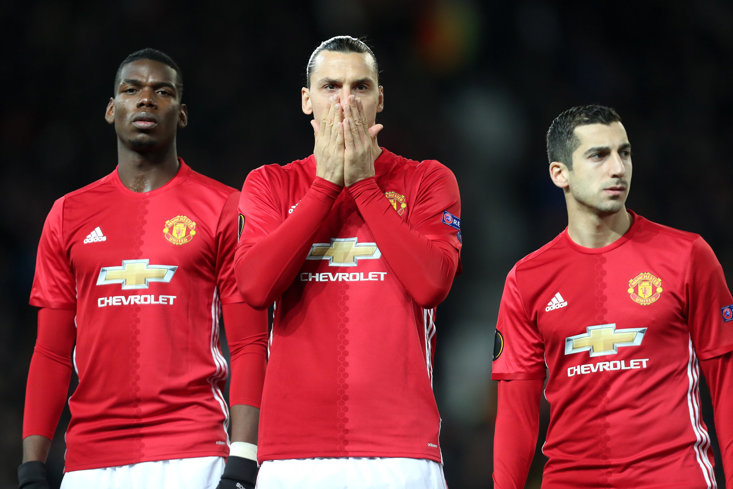 It was with Ibrahimovic that Raiola built his longest-lasting relationship in football. When the big-talking striker first met the agent, Raiola asked him: “Do you want to be the best in the world, or the player who earns the most and can show off the most stuff?” When Zlatan said he wanted to be the best, the negotiator’s reply was cutting:

“All right, but if you’re going to work with me, you must do what I say... Sell your cars and your watches and start training three times as hard. Because your stats are rubbish.”

But Raiola’s tale is one which goes much further than the “oil and water” relationships he has forged in football, to borrow Ferguson’s words. It also illustrates the way in which the power dynamic at the top of football has shifted over the past two decades or so.

Raiola has relationships with a number of favoured clubs which sees them move to the front of the queue for some of the best players in the game. Look at how Juventus, who have done a lot of business with Raiola over the years, were able to sign De Ligt this summer despite interest from pretty much every other elite club in Europe. The relationship between Raiola and Juve greased the rails of that deal, and Bianconeri fans even serenaded the agent as he left the club's training complex after the Dutch defender's medical had been completed. 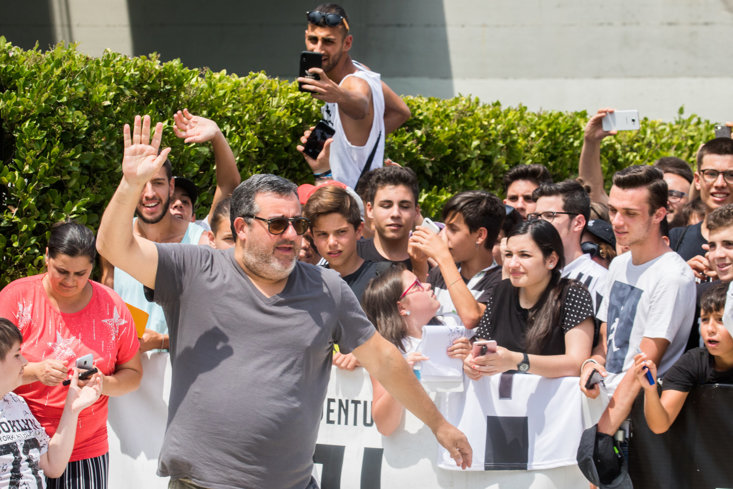 On the flip side, a frosty relationship can see a club locked out of such deals. After one of his many rants at Guardiola, Raiola insisted on not doing any business with Manchester City. United, meanwhile, could find themselves in a similar situation with their interest in Haaland, the teenage Salzburg striker who has taken the Champions League by storm this season. United were unhappy with some of the tactics used by Raiola during the summer in his attempts to get Pogba out of Old Trafford, but might now have to go back to the Italian if they are to chase Haaland.

“Pogba has done nothing wrong, he has been respectful and professional in every way,” Raiola said of the Frenchman’s talk of wanting a new challenge last June. “The club has known his feeling for a long time. It’s a shame other people only like to criticise him without the right information. I’m sorry that the club does not take any position against this.”

Player power has done a lot of good for the game, but it’s difficult to see the power Raiola wields as a positive, especially when considering his less than conventional methods. This summer he was banned by FIFA for three months for what the Italian Football Federation described as activities “based on false grounds and lies”. Ferguson once called him a “s**t bag,” and even when they have dealt with him over Ibrahimovic, Mkhitaryan, Pogba and more in recent years it is clear United have not been entirely bought in.

They might have to do a deal with a devil once more though, or Haaland will be nothing more than a distant dream. Not even a club like Manchester United can afford to take a stand against Raiola, the sport’s most notorious middle man.