If we’ve learned one thing about Marcus Rashford in 2020, it’s that he doesn’t rest on his laurels. But, on reflection, we could have worked that out by sticking an image of him now next to one of him back when he made his Manchester United debut in 2016.

When he was called upon at the last minute to replace the injured Anthony Martial against FC Midtjylland that year, Rashford was little more than a skinny kid. Four-and-a-half years on from that two-goal debut performance, the England striker is the very definition of an athlete thanks to his ceaseless dedication to fitness. 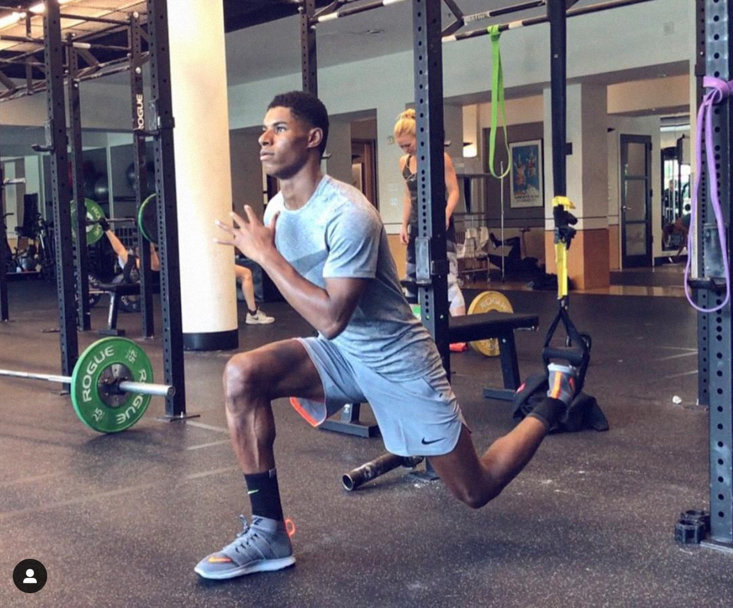 Back in the summer of 2017, when still only 19, Rashford decided that his summer break was not for relaxing. Instead he headed for a self-styled boot camp at Nike HQ in Portland, Oregon, enlisting the help of Anthony Joshua’s strength and conditioning coach, Jamie Reynolds, to put in an extra week of intense fitness work ahead of another tough pre-season in Los Angeles under Jose Mourinho at Man Utd.

There, Reynolds put him through all sorts of high-intensity work, both outside on sand and in the gym. With lots of focus on his leg muscles, Rashford was started off on forward band walks, with resistance bands below and above the knee getting his glutes to work, and then put in reps on a standing TRX single-leg hip extension exercise. It’s amazing what a couple of fitness bands can do to increase a young footballer’s explosive power. 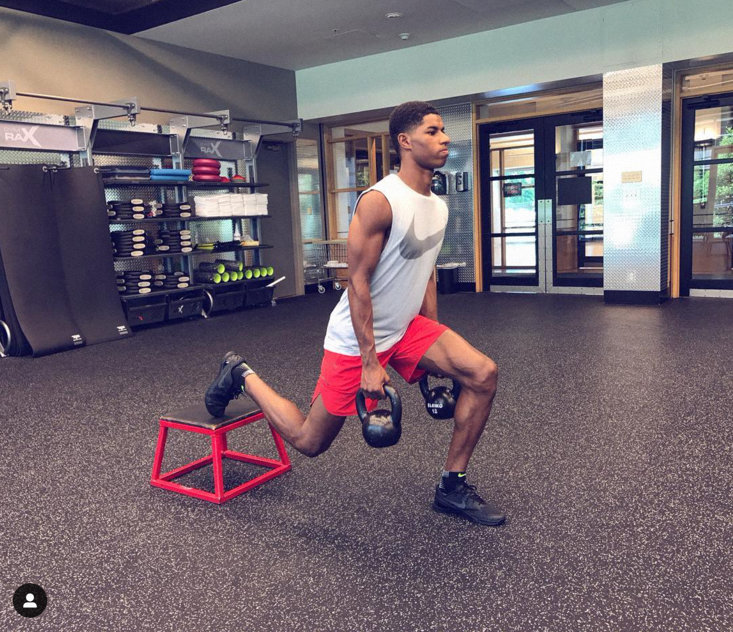 Reynolds was far from done with Marcus after the leg work. The Wythenshawe product was put to work with a pair of kettlebells in a bid to strengthen the core and work the shoulders. With a kettlebell in each hand, Rashford completed lifts with either foot raise behind him to test his balance on both sides. Then it was on to kettlebell-assisted squats to really get his whole body working through the lifts.

The result of such exercises is exactly that difference between the scrawny Rashford of his initial days at senior level and the ripped athlete of 2020.

Rashford has helped to improve his leg speed in the past by putting himself to work on high-tech curved treadmills. These non-motorised machines have no maximum limit, meaning the harder work you put in, the faster the machine demands you go.

These are ideal for natural running motions such as Rashford’s, further aiding the front man’s innate speed. So when he goes on those incredible bursts beyond the last defender without tearing a muscle or three like the rest of us might, this is where that increased natural power comes from. 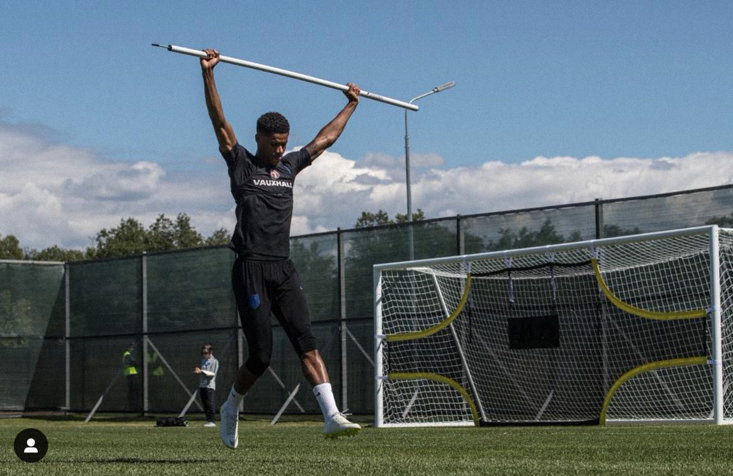 Besides the obvious running drills, there’s plenty more to be done out on the training ground. Whether working the upper body on the move with light load equipment or group resistance exercises, the stars of Manchester United do more than just hone their tactical and technical football acumen at Carrington.

Rashford has also been known to put himself through solo sessions involving stabilising leg lifts, and dynamic lunge drops while nursing a medicine ball, testing the hamstrings and quads. Then there’s further work on his explosive speed, completing short, quick drills while hooked onto an overspeed trainer cable which enhances multidirectional speed training.

Beyond the hard core gym work, Rashford continues to do a lot of the basics, as he showed when hosting an episode of the BBC’s ‘Celebrity Supply Teacher’ in June 2020. As part of a series conceived to keep kids stimulated during school closures in lockdown, the Man Utd star led children through a PE lesson which included hamstring and groin stretches, and body rotations.

Next up, he took them through a circuit of press-ups, sit-ups, jumping jacks, leg balances, hopping and lunges, emphasising how these are key to his warm-ups before any training session or match. Is there nothing Rashford won’t do to help the nation’s kids?