Tyson Fury loves a knockdown and he loves a put down. He’s got a particular way with words but sometimes he lets his clothes do the talking for him, or, more specifically, his suits. We take a look back at four of his best bespoke beauties to date...

The one with the Mount Rushmore of boxing 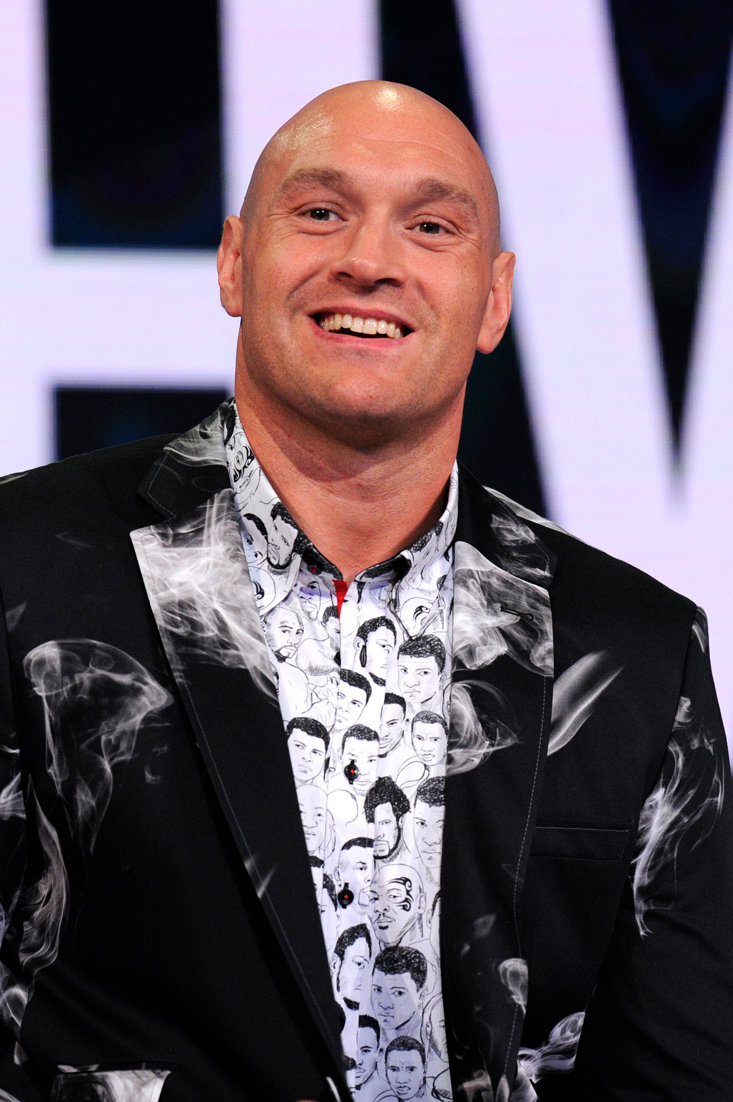 For his Vegas debut Fury was desperate to make a big splash, so ahead of his fourth comeback fight against little known Tom Schwarz in June 2019, he rocked up to the press conference in a black number with the jacket lining and matching shirt covered in the images of legendary heavyweight icons including Muhammad Ali, George Foreman and, of course, himself.

Earlier this year we spoke to the man who creates his suits, tailor Nav Salimian, and he told us what this particular outfit meant to Tyson. “He believes he is the greatest heavyweight boxer so we did a suit where we hand-drew all of his iconic images alongside champions so he was among the greats, along with his personality, his history, his message,” he said. “His face next to Mike Tyson, Lennox Lewis, Joe Frazier and George Foreman among the Mount Rushmore of boxing on that suit - when I first unveiled that to him there was a real reaction of shock.”

The one with the Apollo Creed ring walk 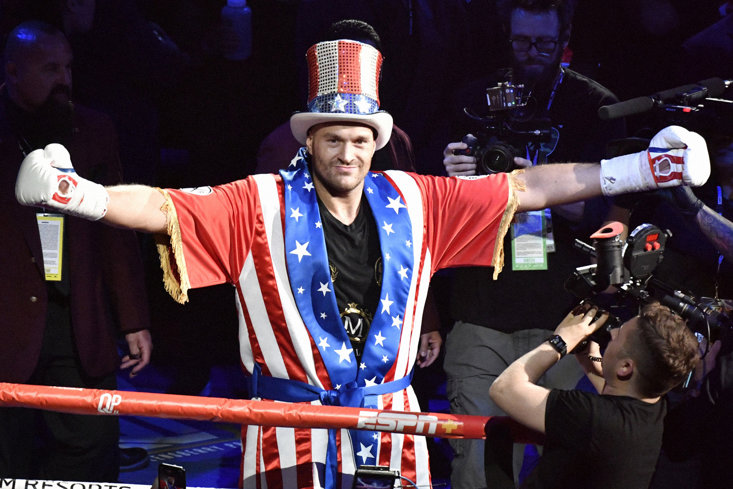 On the night of the actual fight against Schwarz, his first in Vegas, Fury went all out to make sure the crowd would sit up and pay attention before a punch had even been thrown. Social media went into meltdown when the Morecambe-based fighter came out for his ring walk to the strains of James Brown singing ‘Living in America’, before dropping his black robe to reveal an Apollo Creed inspired outfit.

Head to toe in the Stars and Stripes, Fury lapped-up the crowd’s reaction as he skipped and sang his way to the ring, with dancing girls with huge feathers in tow. It was genius. And thankfully for our man it ended better for him that it did for Creed in Rocky IV. Fury won with a second-round knockout, poor Creed died in the movie after facing Russian machine Ivan Drago.

The one with him rising from the canvas 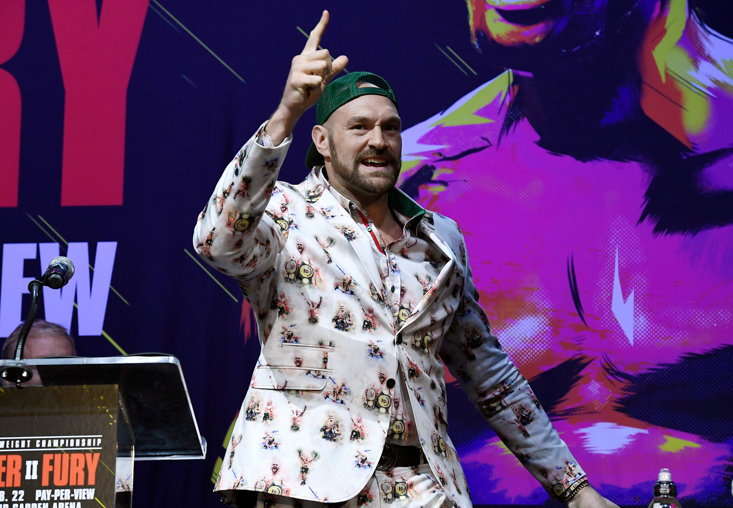 A month before Fury’s rematch with Deontay Wilder he landed in LA for the first round of promo events and was determined to get inside his opponent’s head, strutting in wearing a fitted cream suit adorned with images of himself rising from the canvas in extraordinary fashion after a brutal 12th-round knockdown in their first fight. The message was loud and clear, ‘you knock me down, I get right back up’. Mind games of the highest order.

The bespoke two-piece was also covered in images of Fury holding up the world title belts he once owned. Suit maker Nav Salimian, who has used suit sales to raise money for mental health charity MIND, told us his modus operandi is to boost Fury, to make him feel 10-feet tall. “I look at our garments and see them to provide him with two to five per cent more confidence. There may have been a time when he didn’t feel confident within himself because of the nature of his mental health battles. Now, he’s the best he’s ever looked and the garments give him more confidence going into the fight."

The one with the mental health message 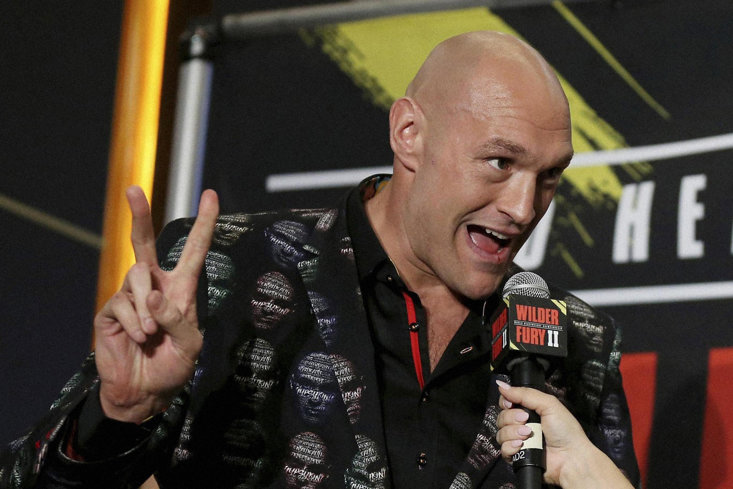 Just four days before his second fight with Wilder back in February, 6ft 9in Fury was at it again, striding into the media event at the iconic MGM Grand in Las Vegas with another clear message to deliver via his clothing. He was kitted out from head to toe in a dark, tailored suit, covered with pictures of his own face and nickname. But closer inspection revealed a deeper meaning, as hidden inside each face were messages about mental health.

The Gypsy King has overcome depression and battled with substance abuse in the aftermath of his glorious victory over Vladimir Klitschko in November 2015, to become heavyweight champion of the world. At the time, the makers of the suit, Claudio Lugli said on Twitter, "Custom-made suit with subtle Mental Health connotations and iconic Fury quotes. A classy touch from the lineal Champ Tyson Fury to raise awareness for mental illness and internal struggle." And it was topped off to perfection with size-14 gold and leather slip-ons.