Football
Features
The Argentine died on Wednesday aged 60 but will remain a legend
Kris Voakes
17:44, 25 Nov 2020

Naples is not a city, it’s an experience. It is a heartbeat, a way of life. Diego Maradona got that. It mattered not that Maradona was born 7,000 miles away in Buenos Aires, Argentina, only that he immediately understood Naples and Naples loved him in return. News of his death on Wednesday at the age of 60 left the whole world shaking, but the epicentre will have been in a downtrodden city where he would come to be adored.

For seven years between 1984 and 1991 he dazzled and delighted the supporters of Napoli, leading them to the only two league titles in their history as well as a sole European crown in the 1990 Uefa Cup.

From the moment he magnetically juggled the ball in front of 80,000 people at his unveiling following a world-record £6.9m move from Barcelona, it always felt like fate had brought Maradona and the Neapolitan people together.

Before Maradona, Naples felt unappreciated, unloved. Part of Italy’s neglected south, it longed for attention from the rich power sources in the north but never received it. Its complicated immigration history made it a difficult place to find your way. To this day, it is a rough-around-the-edges, gritty, hard-nosed city moulded by its experiences as one of the forgotten siblings of Italian society.

But in Maradona they had someone who could make them dream. Dream big, even. Because Maradona had an unparalleled talent, and that initial exhibition of his ball-juggling skills was just the start as he set them on the path they have never been able to replicate.

Diego at Napoli was a YouTube highlights package come to life. With every piece of skill, he enraptured the crowd and with every utterance of his love for the supporters, he became more of a god in their eyes. “I consider myself a son of Naples,” he said having just completed a lap of honour around the Stadio San Paolo pitch moments after the club had clinched its first-ever Serie A title in 1987. For their part, the people of Naples had long considered him one of their own.

The news of his death will come as nothing less than a hammer blow to a people for whom there will never, ever be a question over who is the greatest player of all time, rather who comes a very distant second after Diego. His loss will take a long time to digest. 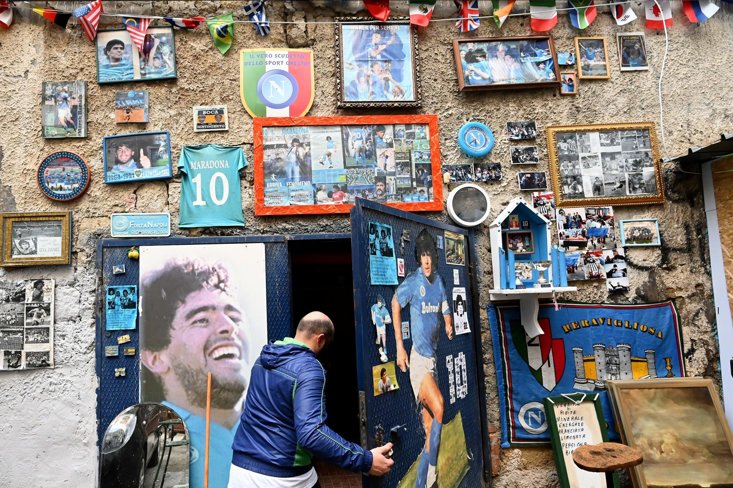 Even almost 30 years on from his departure under the dark cloud of a failed drugs test as his career began to suffer from the excesses of his lightning-paced private life, whenever he got the opportunity to return to Naples he was treated like a deity. His image continues to adorn countless walls, with Maradona murals as prevalent in Naples as banks or grocery stores are in any other cities around the world.

In Naples, Maradona achieved sainthood. Sure, he spent time with the likes of Barcelona, Sevilla and Boca Juniors, and was the one-man wrecking ball that led Argentina to World Cup glory in Mexico in 1986, but he was never as idolised, never as happy when he wasn't in the sky blue of Napoli. 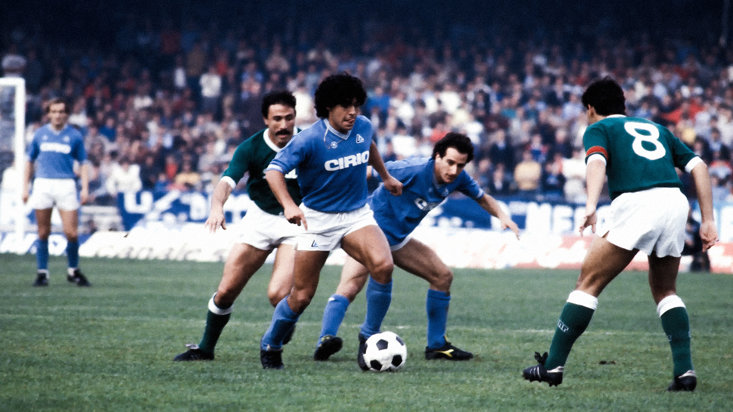 The hold Maradona had over Naples even had Lionel Messi in awe earlier this year, when he played at the San Paolo for the first time with Barcelona in the Champions League.

“I have really wanted to go to that stadium for a long time, but we have never had the chance,” he told Mundo Deportivo. “Finally, the moment has come and I am very excited to see what it’s like, even if it’s different now. It has been remodelled and the people are different. The experience of playing there will be beautiful.”

We didn't often get to see him on the world's TV screens back in the 1980s when his skills were at their most prominent. We saw him in World Cups, most memorably when he tore apart England and more in 1986. But somehow he transcended life at that time anyway. It mattered not that he was seen only once every four years, he was still the topic of worldwide news and nobody doubted that he was the greatest player on the planet. And that was thanks in large part to what he was achieving at Napoli. A kid from the rough streets of Argentina, transported to the tough neighbourhoods of southern Italy, with a God-given talent. It was a match made in heaven.

Football's relationship with Diego Maradona is the kind of love affair so rarely seen. His death will do nothing to affect his position as a true sporting immortal.