Football
Features
The Toffees were one of the best in the Eighties but European Cup glory was cruelly taken away from them
Elliott Bretland
17:00, 08 Nov 2019

“Please welcome on to the pitch… Trevor Steven!”

Goodison Park rises to a standing ovation. Taking the adulation of the entire ground during the half-time break as Everton host Tottenham, there is one stand the Toffees legend pays particular attention to… The Howard Kendall Gwladys Street End.

It was here, led by the legendary manager after whom the terrace is named, that Steven scored one of Everton’s most memorable goals in front of 50,000 ecstatic Blues.

“Get the ball into the box and the Gwladys Street will suck it in,” Kendall had said in his team talk ahead of the semi-final second leg of the European Cup Winners’ Cup against Bayern Munich.

It ended Everton 3-1 Bayern Munich, with Steven grabbing the elusive third, and April 24, 1985 became one of the most treasured moments in the Merseysiders’ history.

“It was the greatest night because we fell behind, because it was Bayern Munich, because nobody had seen anything like it,” says Steven as he sits down for an exclusive interview with The Sportsman at Liverpool’s Albert Dock.

“It was backs to the wall and everybody says it was an atmosphere that has never been repeated.”

It hasn’t. This was THE night, the main chapter in the book of Goodison Park folklore. Now, the story of that brilliant 1980s Everton side - two-time champions of England, FA Cup victors and Cup Winners’ Cup heroes - has been turned into a brilliant film.

‘Howard’s Way’ is a celebration of the golden era of Everton Football Club and Steven, along with many of his ex-teammates, has been back on Merseyside to reminisce about the gaffer who masterminded the Blues’ success.

“Good managers also have the fear factor that comes from the players’ respect for them. He demanded respect and it was easy to give him respect. However, If you were injured he’d ignore you, he wasn’t interested, very single-minded, very cutting… Peter Reid said he would run through brick walls for him. When Reidy is saying that, you know this is an impressive character.”

Though the Toffees have not won anything in the 21st century, their last trophy coming in 1995, every generation of Evertonian knows the 80s XI and sings about it at every away game: ‘Tricky Trev… Neville Southallllllll’.

Steven’s goal against Bayern was a defining moment and he enjoys watching it back. Though that wasn’t always the case.

“It’s still so vivid. I’ve seen it a lot now,” he explains. “I didn’t watch any of it for years and years and years, it didn’t seem relevant. But then you get to a certain age and think you’re not here forever, you should acknowledge the things that you’ve done in the past because people still love them.”

The goal itself is etched on the mind of Everton fans and Steven alike. After Paul Bracewell had won the ball back, Kevin Sheedy, with thousands screaming “man on”, expertly held on before releasing a ball in to Andy Gray, who put Steven through.

“I knew I was favourite,” Steven says. “I just thought ‘here’s the opportunity’. I was thinking ‘this is going to do it for us’. The defender couldn’t catch me and the keeper’s had to move. I couldn’t have hit it better and it’s exactly what I wanted to achieve, the way I envisaged it.”

After sweeping Bayern aside, they became the most successful iteration in the club’s 141-year history by beating Rapid Vienna in Rotterdam to claim the Cup Winners’ Cup. As recently-crowned English champions, the result was never in doubt as Steven again got on the scoresheet in another 3-1 win.

“We’d won the title weeks before and, in the last few league games, we kind of took our eye off the ball because the job was done,” he says of the build-up to the final. “We were never complacent going into it but because we’d lost those a couple of games, we had a wake up call.

“We were confident. I didn’t sense nerves. I just sensed: this is it, we’re back, we’re here.

“[Rapid] weren’t hurting us but we didn’t quite know if they had something else, if there was something coming we didn’t know about. But, as was proven, they didn’t have anything.” 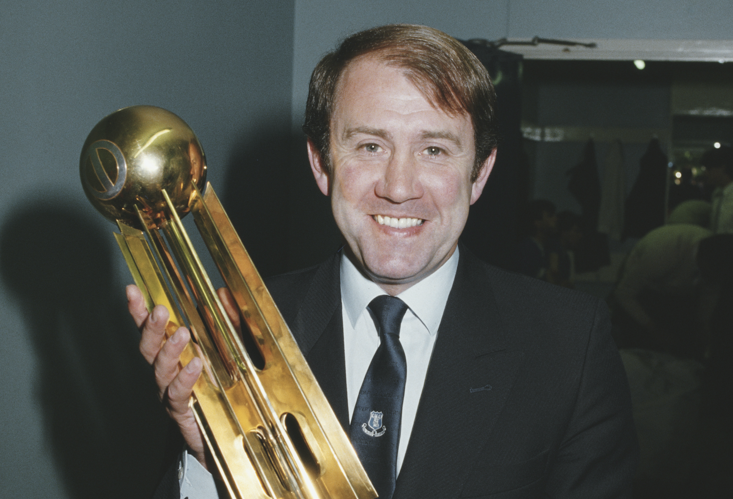 Everton knew the trophy was theirs even if they didn’t know much about their opponents. These days we’re in an era of forensic analysis, charts and folders, but back then things were completely different and Steven admits they knew very little about Rapid Vienna.

“Hans Krankl. That was it,” he says with a tiny shrug, not even attempting to search in his head for more names. “I couldn’t tell you any of their players at all apart from Hans Krankl. I’m sure most of the players didn’t take notice of the opposition as much back in those days.”

For the quiz fans out there, the famous penalty-chip king Antonin Panenka was on the bench. Not that Steven could tell you that!

“I could name you four players of the Argentina team that we played against for England in the ‘86 World Cup quarter-final: Maradona’s one of them. Beyond them, not a clue.”

There is wonderful footage in the movie of Steven and Andy Gray sat at a press conference after the win over Rapid, Steven holding the trophy, so laid back, while Gray sinks a bottle of beer. They look like they’re mates down the pub rather than newly-crowned European victors.

Surely they partied into the early hours? Not at all. Especially with an FA Cup final on the horizon.

“This is where it doesn’t play out as you’d imagine,” says Steven, picking up the story. “We don’t all go out and have a massive party, you go and see your friends and your family, you go home, a few lads would have beers and that was it. Already we were thinking about Man United [in the FA Cup final].

“We had no more than two or three glasses of champagne and then we had to fly, get home and get to training.”

While they lost the cup final to a Norman Whiteside stunner in extra-time, this still felt at the time like the start of a period of domination for the blue half of Merseyside.

Due to a five-year ban from continental competition imposed on English teams from after the Heysel disaster in which 39 Juventus fans lost their lives ahead of the European Cup final against the Reds, Kendall’s stellar side were robbed of the chance of competing at the very top.

For many, they would have been favourites to lift the European Cup in 1986.

”We would have been, without doubt, a contender to win it in a normal sequence of events,” Steven says with conviction.

“I was in Mexico when Heysel happened, watching on TV, in this little cafe of the hotel on a pre-World Cup tour in ‘85 and we had this little television where we were all trying to watch it.

“I think it was a week or two after that that the ban was imposed, and the consequence of that decision did not really land home until after the World Cup the following year because we were still living off the hype of being winners in Europe. Everything was great.”

Everton suffered significantly. Kendall left for Athletic Bilbao in 1987 after the club’s greatest side had been halted in its tracks and the wonderful squad began to be dismantled. As it turned out, this was all occurring just a few years before the huge injection of Premier League money which would change the game forever.

Having fallen from the top of the tree ahead of the new dawn, it could be said the club has never recovered.

However, what is often overlooked, is how it affected the individuals.

“The ban... if your career is 10 years, say, to have five years of it taken out of the prime part of your career, on a personal level that is sad. That’s sad,” he says.

“I’ll tell you why, because our reputations as players... as individuals, never ever got anywhere. We, as people, never fulfilled ourselves because of that ban. This is the damage it’s actually done.

“Some of the lads have done well in various things but in a footballing sense, there’s only Andy Gray, Reidy and Adrian Heath who’ve really taken it on in the footballing world, more through their determination because they really wanted to do management.” 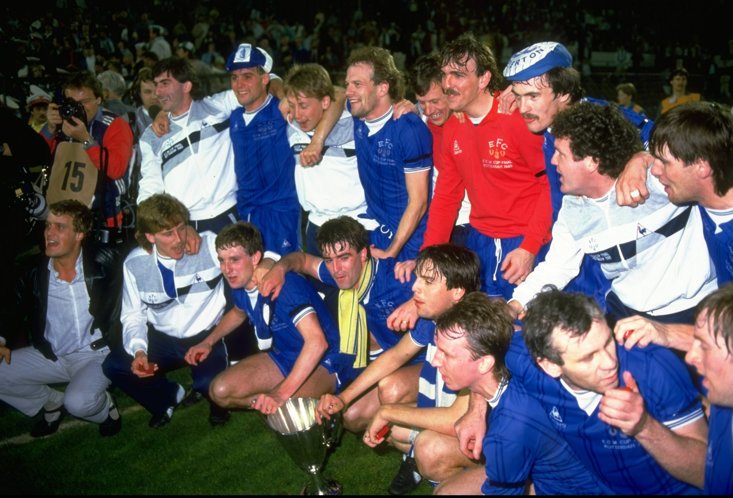 Despite the sadness over a career dented, the memories of that glorious time will stay with fans and the team forever.

Everton are one of the most storied clubs in English football but this team seems less fabled.

A team with so many characters and all the successes to match, they are somehow not talked about as much as other great trophy-laden sides.

The entire ‘Howard’s Way’ film is joyful. But, as Steven says, it needed a happy ending but there wasn’t one. Outside factors ruined that.

Rest assured, though. For those three years, Evertonians had the time of their lives.