In the end, Everton opted against making one final push for Wilfried Zaha on Thursday. The Ivory Coast international handed in a transfer request the previous evening in a bid to force through a move to Merseyside, but Crystal Palace stuck steadfastly to their £80m valuation. Despite having previously offered £70m plus two players, Everton decided not to pursue the matter any further.

Zaha is reportedly furious at the Palace hierarchy for breaking what he considered a gentleman’s agreement that he would be permitted to depart this summer if the club received a reasonable offer for his services. It will be interesting to see if the Eagles are able to patch things up with their star man, but Everton have no reason to regret missing out on Zaha after they captured Alex Iwobi for £34m on deadline day instead.

This could prove an astute acquisition. The Nigeria international is just 23 years old and has been tied down to a five-year deal at Goodison Park. He is versatile, able to play either on the flanks or in a central position, and a regular creator of chances for his team-mates: he fashioned more opportunities from open play than any other Arsenal player last term, while only three Premier League players aged 23 or under bettered his total of 40 key passes.

Granted, there is still plenty of room for improvement. Iwobi scored only 15 goals in 149 first-team appearances for Arsenal, a disappointing tally for someone with his ability. His new manager Marco Silva has already earmarked that as a part of Iwobi’s game that he must get better at.

Everton
@Everton
✅ | Another target captured!
The boss has his say on summer signing #7️⃣! #EFC 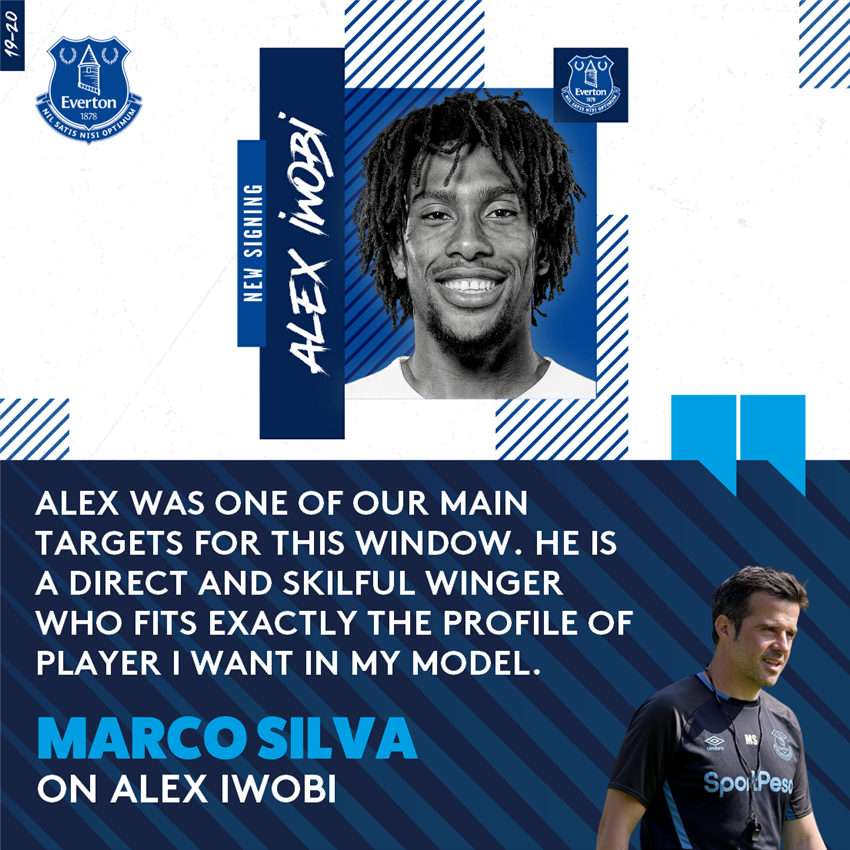 “The position we see him in is clear, coming from the left,” the Portuguese said. “He can also play behind the striker really well. He can even play on the right.

“He is a strong player, good skills also, but one of the things I will be demanding from him is to start scoring more goals. He is important in that position also.

“But he will help us. He can put good intensity into a match, which is something I like in my attacking players. He will give different solutions to me.”

Everton have assembled an excellent squad that looks capable of gatecrashing the top six this season, particularly as they do not need to balance domestic commitments with European involvement. Silva’s side ended last season strongly, picking up 17 points from the last 24 available and recording wins at home against Chelsea, Manchester United and Arsenal – three teams they will be looking to compete with on a more sustained basis in 2019/20 – as well as holding Liverpool and Tottenham Hotspur to draws.

The presence in the side of Iwobi certainly aids their top-six ambitions, and regular starts will no doubt help the Nigerian’s development. He should become more consistent if he is heavily involved week in, week out, something that was not always the case last term; although he appeared in 35 Premier League matches for Arsenal last time out, he was named in Unai Emery’s XI on only 22 occasions.

Everton open their campaign at Selhurst Park this weekend, when all eyes are bound to be on Zaha after his failed move. But at less than half the quoted price of the Ivorian, the Toffees can be content enough that it will be Iwobi rather than Zaha on their side on Saturday.